Water protectors united and stood together at the camps in Standing Rock in North Dakota. The past two weeks the Oceti Sakowin (Oyate), Rosebud camp, the Sacred Stone camp and the Black Hoop camps were cleared out by law enforcements. Although water protectors were forced out of the camps, the internal fires continue to burn within. 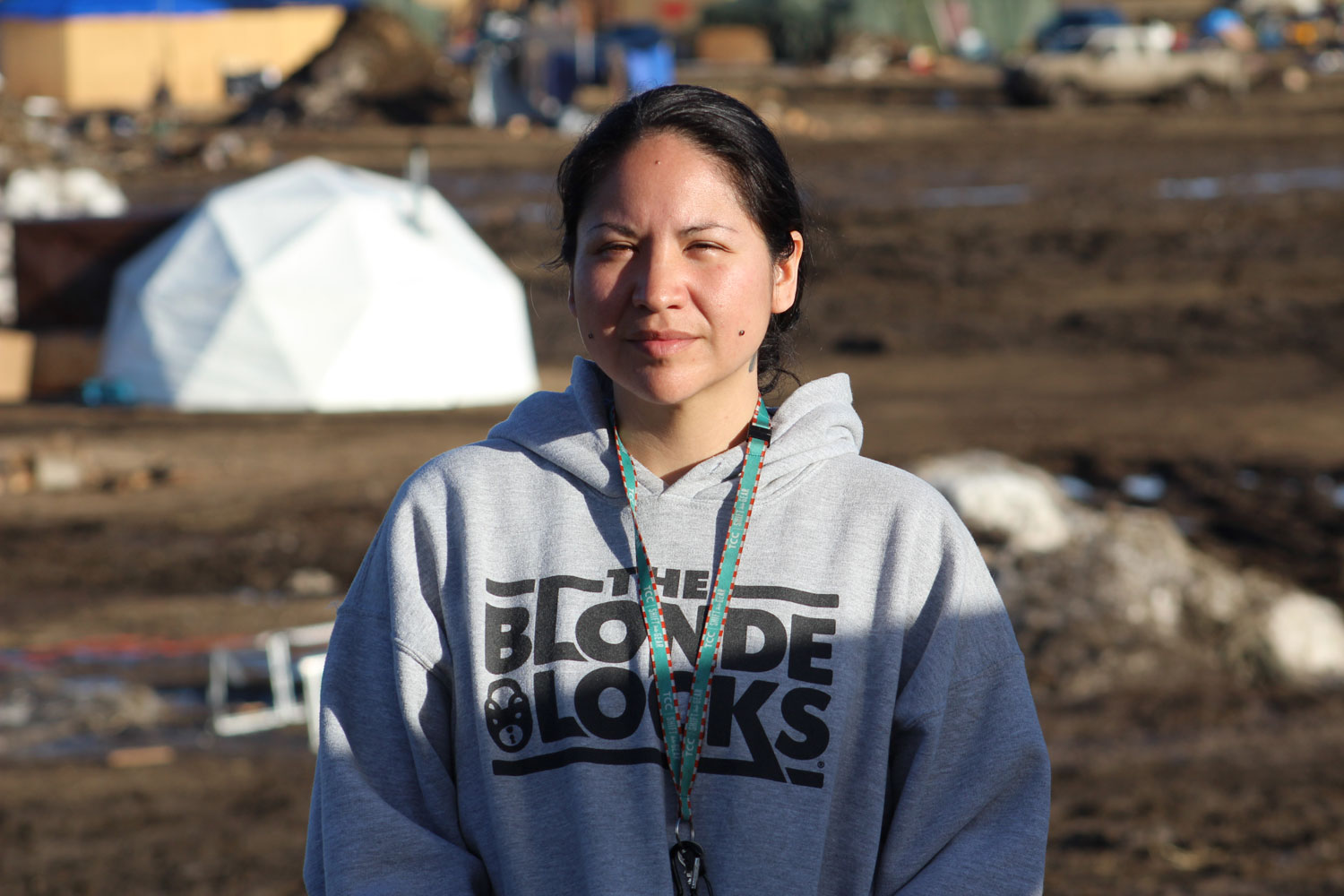 Brandy Maxie from Whitebear First Nation in Treaty 4 territory has been out in Standing Rock for over two months making six trips out to North Dakota. She is Nakota and Assiniboine and has been learning about her history since she’s been out there. She seen the camp change from the first time she arrived until now.

“When I first started coming here came in prayer and we did a lot of ceremonies,” she says. “As it kind of evolved it got bigger and a lot of times it kind of felt like touristy almost. Not in a bad way, just a lot of people were very interested in understanding native traditions and culture and they wanted to do the ceremonies.”

Maxie called the Oceti Sakowin camp her home. She slept in a plastic igloo even through the harshest winter days she remained at the camp.

“A lot of us have gotten very sick, we had the DAPL cough and made it through very cold winter living in teepees, tents and igloos.”

The Dakota Access Pipeline (DAPL) cough Maxie describes is what many water protectors named it after they got sick through the chemicals of the pepper spray and being tear gassed.

“I choked on pepper spray and it made me very sick. There was some kind of nerve gas or something in it that everybody got sick [where everyone] had body aches,” she recalls. “It was almost like debilitating and hard to get out of bed.”

Even through the toughest challenges, nothing broke up the bond between the water protectors. Maxie says experiencing the trauma brought everyone together as a community even though they’re all from different backgrounds, different religions, and different upbringings.

“It brought us together as a community. We love each other very much and it’s like a big family here,” she adds.

Within the 7th Generation Warriors Kitchen in the Oceti Sakowin camp, the water protectors all pitched in to help with food preparations and cleaning. Jerry (Jay) Pino from Pinehill, New Mexico was the head chef at Oceti Sakowin camp. He’s been in Standing Rock for over two months and stayed right to the very end with the remaining camps. Pino describes the camp as a place he called his home. 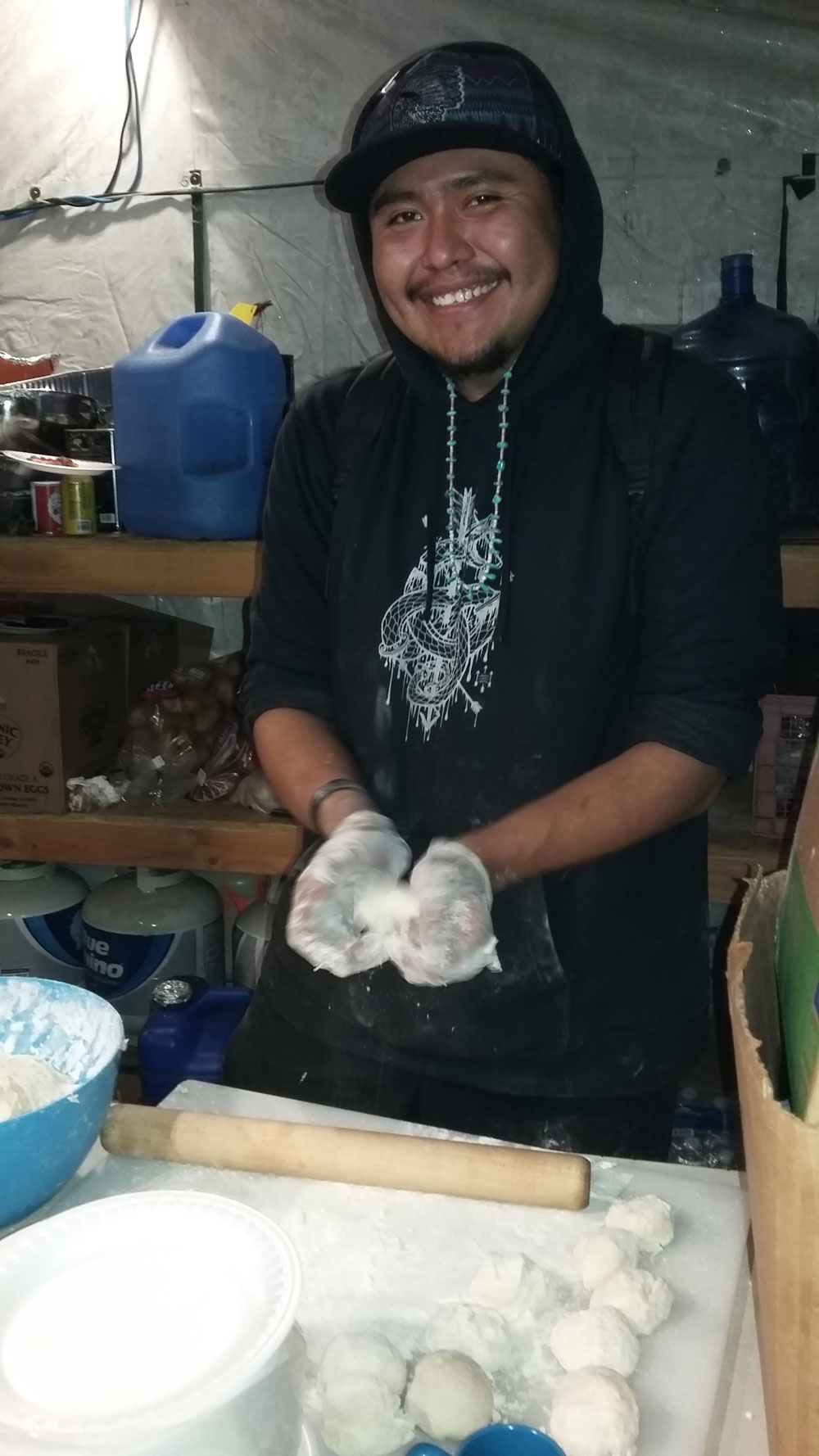 “The energy and vibes there was amazing. It kept me motivated, energetic and going,” he says.

Jen Mendoza from Cincinnati, Ohio has been at the camp since the end of August of last year. She remembers everything the water protectors did at the Oceti Sakowin camp was done in unison, whether if it was chopping wood, doing dishes, leading an orientation or direct action meetings.

“[The Oceti Sakowin camp] was one of the most fluid places I’ve ever seen in my life,” says Mendoza. “We were in a constant state of ceremony. We woke up every morning to prayer with the sun and we went to the water and prayed.”

Mendoza reflects back on eviction day also known as The Last Stand in Standing Rock where law enforcements used intimidation by carrying live rounds as a tactic to force the water protectors out of the Oceti Sakowin camp.

“I have two sons at home and it’s about their future. It makes me really sad to think about the sacrifice. One day, they will understand that,” she says. “I felt heartbroken we were in that position to make those sacrifices [water protectors who stood the end of the Last Stand].” 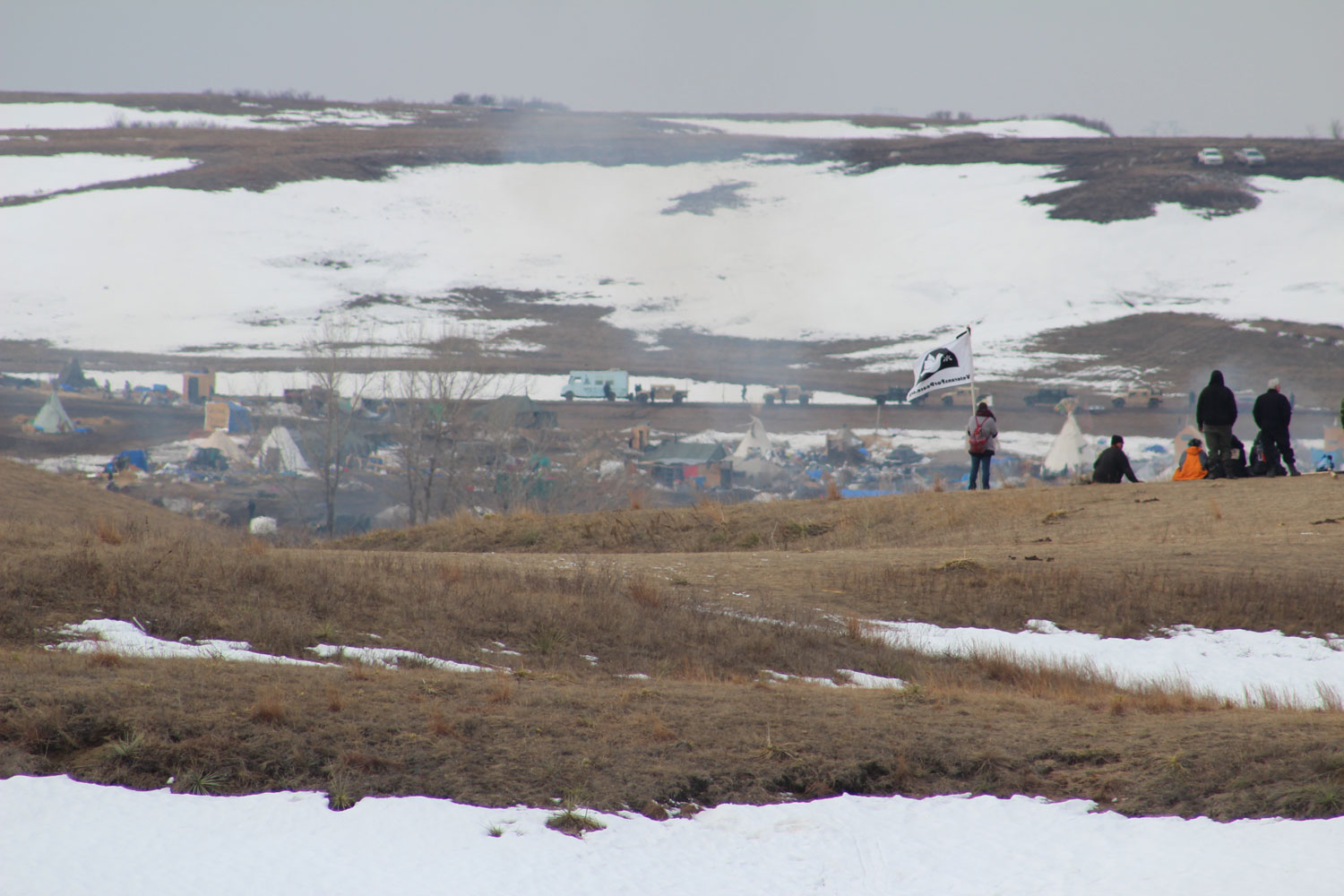 See more photos of the raids on Standing Rock here.

The day after eviction day Pino tried to return to the Oceti Sakowin camp to salvage any of his belongings, which included his kitchen supplies but was not allowed to. He lost everything.

The Sacred Stone and the Black Hoop were officially cleared out on February 28th. The Cheyenne River Prayer camp is the remaining camp left while many water protectors travelled to a new camp in Eagle Butte, South Dakota.