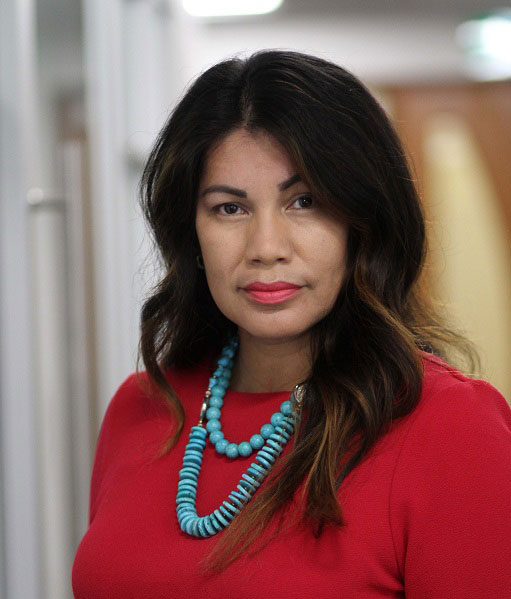 Darlene Brander has been named chair of the Saskatoon Police Commission for a second term — the second Indigenous female in that role.

“You probably notice that our board has gotten more diverse as time goes on,” noted Brander. “We just added City Councillor Mairin Loewen... of our five members, three are women and two men.

“With our board we bring in the gender perspective as well as the community perspective.”

Right now there is also a motion before city council to add two more board members.

“That is a decision that is solely in the hands of city council, we're going to have a meeting and they're going to ask us what our experience has been on the board and then make a decision on whether to support that or not to bring it up to seven. What I would hope is that the positions are of interest to people within our community.”

She has been on the board since 2015 and is impressed by the commitment of her fellow Commissioners on dealing with the many issues, as they act as a conduit between the public and the police force, bringing to the police services what the community is asking for, and passing on messages from the police force to the public. They are also pleased to have launched a website, www.saskatoonpolicecommission.com.

There are many hot-button issues, such as police interactions with the public, murdered and missing Indigenous women and girls, and increased crime rates.

“Our job as a board is to give direction and to ensure that policies are in place — that the organization has the budget to run effectively and efficiently,” she explained, adding the Commission does not oversee day to day operations but rather provides direction.  “A good example is we want the police services to make sure they have a representative work force.”

Brander also advocates personally for an overall increase in female leadership in society.

“I feel it's important for Indigenous women's voices to be at the table whether it be at the board table or the corporate level.”

She notes that when she takes off her Commissioner hat, she still sees a gender imbalance at other boards and executive organizations.

“With a balanced board, better decisions are made that effect bottom lines in a positive manner.”

She adds that women still have to do battle with old stereotypes: gender stereotyping in communities and workplaces and society at large.

“So in order to work toward dispelling that, you have to get women on the board, and work towards them gaining that experience and trust and background,” she explained.

Aside from leading by example as chair of the Commission, Brander has a personal mandate to network and advocate for young women, and women of all ages, to advise them of different opportunities and give them a voice. And the more that women populate the boards and executive tables to balance the genders, the better it is for companies too.

“I let them know about board openings or positions - I think it's helping elevate the community in a very conscious way and everybody has a role to play in that.”