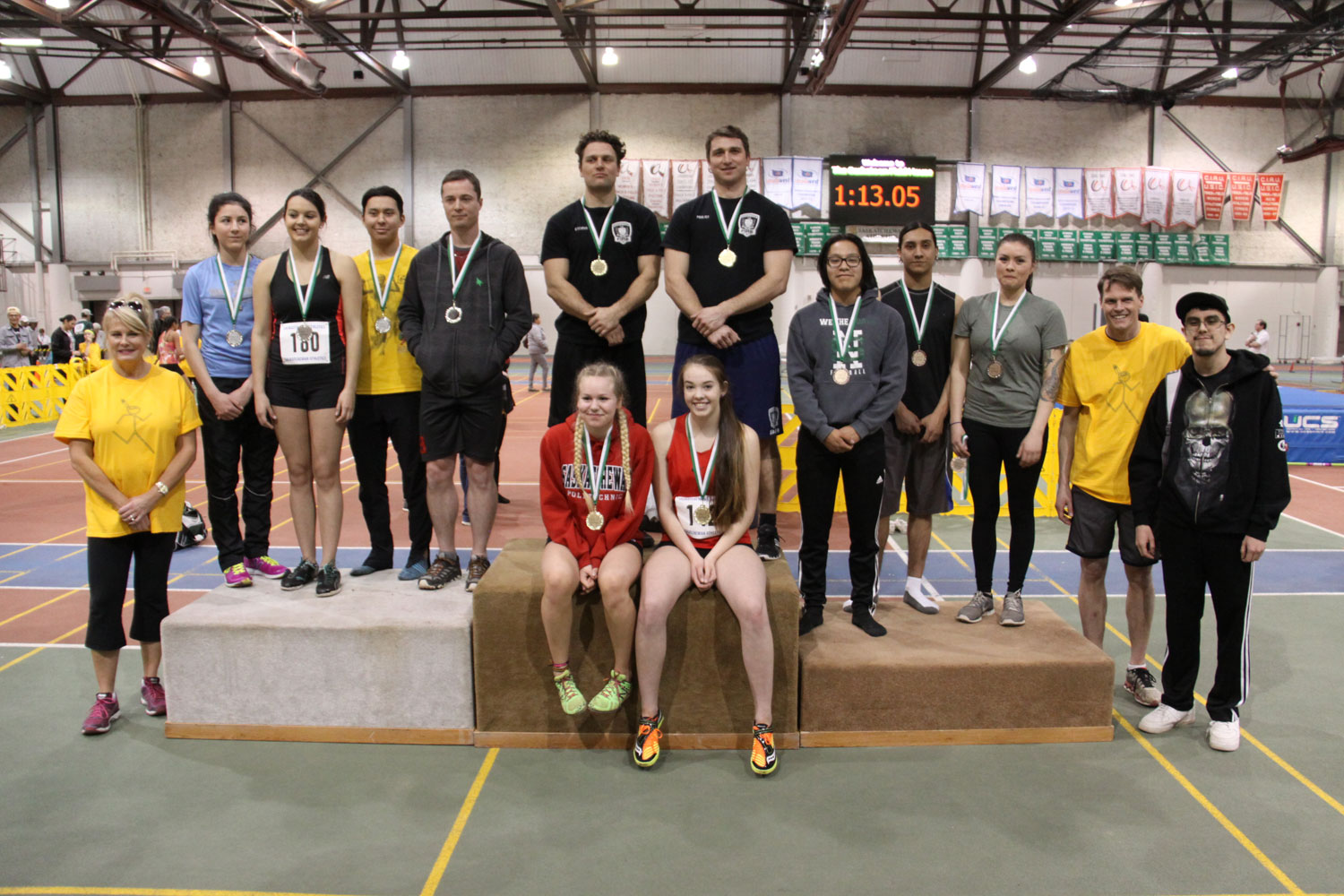 By the numbers, the Saskatchewan Aboriginal Track and Field Championships were a resounding success. 423 athletes, 65 officials, 25 volunteers, 8 board members, hundreds of parents and family and one or possibly two pulled Mayoral hamstrings don’t lie.

The Championships took over the Field House in Saskatoon March 31 and April 1, highlighting the growing body of track and field athletes emerging from the Aboriginal community.

“We have over 100 more athletes this year than our biggest meet ever,” said Derek Rope who is on the board of Saskatchewan Aboriginal Track and Field, the non profit that runs the Championships. “Now we have lots of athletes in the youth and open categories so that shows they are continuing on with the sport as they get older. That is a great thing to see the growth of athletics in our First Nation and Métis communities.”

Lucas Lapratt from Waterhen Lake competed in the 60 meter and 200 meter races. The Grade 9 student is also on the North American Indigenous Games team and is using the meet as a stepping stone to the big event this summer. “This really helps as a practice to see how I can better myself and improve and also see who I have to race,” said Lapratt who earned bronze in the 200 meter. “Nice seeing other athletes run and do what I like to do which is running.” 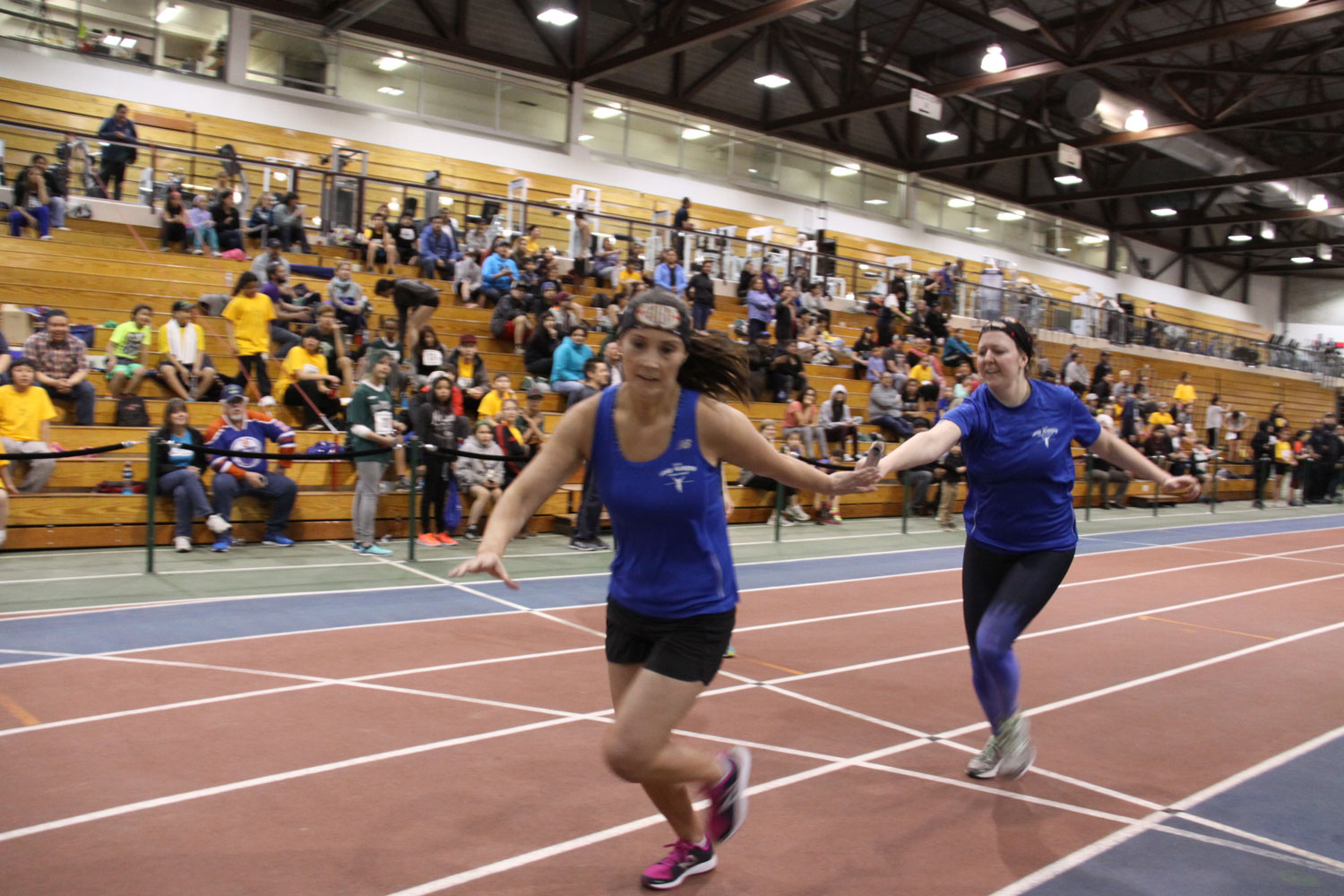 For more photos, check out our Photo Gallery.

New to the meet this year was the Community Relay Challenge where organizers asked sponsors and community groups to participate in a 4 x 100 relay. Six teams took up the challenge including the winning Fire Department team. A valiant effort was put in by the City of Saskatoon team that included Mayor Charlie Clark, Councillor Bev Dubois, Special Olympian Bo Carrier and Celeste Cross-Child but they came up short. And after the race, Mayor Charlie Clark admitted he should have come up short during the race.

“I pulled something for sure,” laughed Mayor Clark after the race. “I felt something but didn’t want to let up at all. It was lots of fun racing and seeing so many community members here and all the athletes. I’m really glad we ran.” Mayor Clark is an avid bicyclist and long distance runner but he learned something that day. “I’m not a sprinter.”

The event is fully sanctioned by SaskAthletics, who also supply 65 officials who volunteer their time.

“We plan all year and work with SaskAthletics. We couldn’t do it without them. We have and we also have 25 community volunteers that it takes to run this meet,” said Rope. “And we were really glad to welcome Bo Carrier. Bo is a Special Olympian and he ran in the community relay challenge with the City of Saskatoon and Mayor Charlie Clark and Councillor Bev Dubois. When we are looking at inclusion and participation of our First Nation and Métis athletes and communities, they jumped at the opportunity to show their support for these youth making positive and healthy lifestyle choices. It’s been a great weekend.”