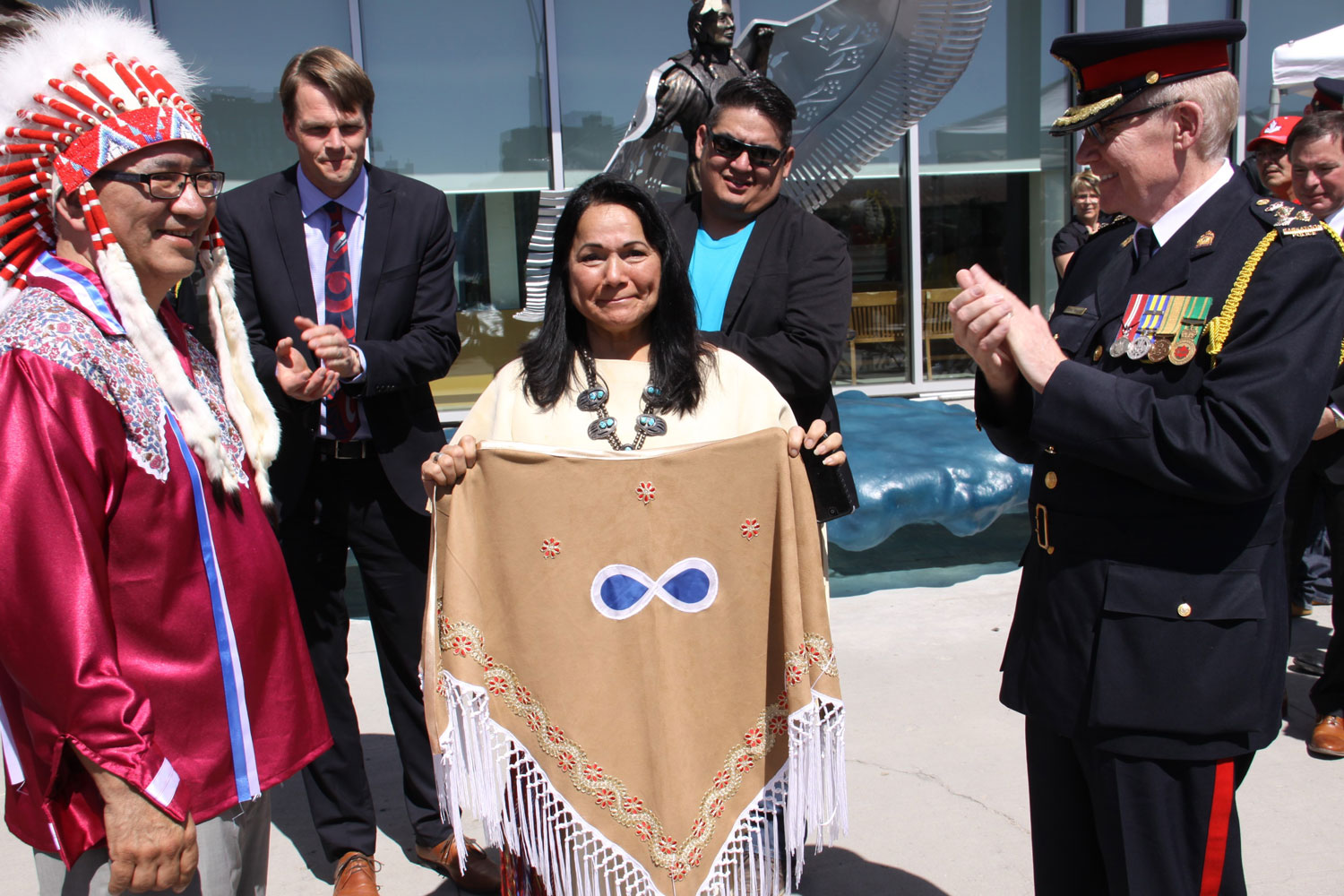 Monica Goulet at the recent unveiling of a monument in Saskatoon for missing and murdered Indigenous women. She has been on the waitlist for a kidney since 2015.

When Monica Goulet heard about the upcoming organ-donor awareness walk happening in Saskatoon, she phoned up the organizers and asked if she could speak.

The 60-year-old lives in Saskatoon and is from Cumberland House. She’s been on the waitlist for a kidney since 2015. Her journey up to that point has been a long one, and she wants to share that experience with others at the walk, which will celebrate the Canadian Transplant Association’s 30th anniversary.

As a child, Goulet was chronically sick with kidney and bladder infections. Not until she was in her twenties did she find out from a specialist that she was born with a genetic defect in her right ureter, which shot toxins back into her right kidney and, over time, made it almost useless. She said the specialist had an X-ray of her when she was 13 that showed the defect. Nobody had told her.

“Indian Affairs would typically fly into northern communities and do X-rays en masse of all the people in the community at the school, and then I guess they were expected to follow up,” said Goulet. “Nobody followed up with me, nobody alerted my family, nobody told my doctor.”

Goulet had her right kidney removed when she was 26.

“If somebody would have alerted my family at that time, I probably could have had an operation to correct the problem and I wouldn’t be in this situation today,” she said.

The next 30 years of life felt pretty normal for Goulet. But in 2011, on a holiday in Mexico, she became seriously ill. Her kidney’s viability went from 60 per cent to 20 per cent overnight. Right now, it’s at 5 per cent.

“I struggled along as best I could, accepting the information, being very distraught for a while but then finally realizing this is something I need to live with and adjust to,” she said.

Goulet has had to leave her job as Aboriginal Relations Consultant with the Saskatoon Police because she needs a lot of rest. Last year she started peritoneal dialysis, a procedure that does the job her kidneys would do by exchanging liquids through a tube that’s inserted into her abdomen. Goulet does this four times a day.

According to the federal government, over 4,500 people were waiting for organ transplants in 2014 and 77 per cent of those were for kidneys.

Goulet says, according to her doctor, that one of the highest needs for organ donors lies within the Aboriginal community. This is because diabetes, a disease affecting 20 per cent of Aboriginal people in Canada, is one of the leading causes of kidney disease.

While Goulet has the support she needs from her family and medical team at St. Paul’s Hospital, she knows that others like her aren’t as lucky. That’s why she’s speaking on Saturday to raise awareness.

Sherry Duncan Paterson, who is a volunteer for CTA and chairperson of the walk, received a double lung transplant 25 years ago. She hopes the event encourages those still waiting for donors and challenges the public to not only consider donating but clear it with their families first.

“If people have spoken to their families beforehand it can be kind of a no brainer,” said Paterson. “We just want people to be more aware that there’s a lot of people waiting for transplants.”