August 10-13, 2017 will mark a milestone that John Arcand never dreamed would happen. His gift of music was something he wanted to share and he knew for it to be carried forward – it must be passed on to future generations. It was this passion that realized the dream of a festival celebrating old time fiddle, music, dance and culture. 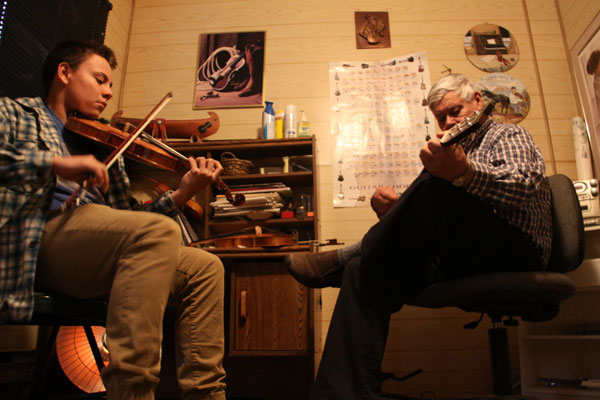 John Arcand is instrumental in training the next generation of fiddlers like Jordan Daniels.

From 1998 until 2001, the two-day festival was a labor of love run personally by Arcand and his wife, Vicki. It was an uphill climb, but one they knew was important and worth pursuing. In 2001, the John Arcand Fiddle Fest became a non –profit corporation, and in 2011 they received their Charitable Status – both allowed the festival to grow and flourish. Today, local businesses, the City of Saskatoon and our province benefit from the thousands of locals and tourists that attend from across Western Canada.

Related: Another Métis fiddle legend in the making

The organization is proud of their many accomplishments, which include the completion of their capital campaign to build the main stage facility – the Roof. The Roof not only enhanced the comfort of all attendees, the rental of it now provides fundraising for the organization. The festival is now four days long and going strong. The fiddle contest has become one of the largest in Western Canada, thousands attend and participate in the now over 100 FREE workshops, take in the incredible entertainment and experience Metis Culture through the traditional art forms offered in the Cultural Camp. 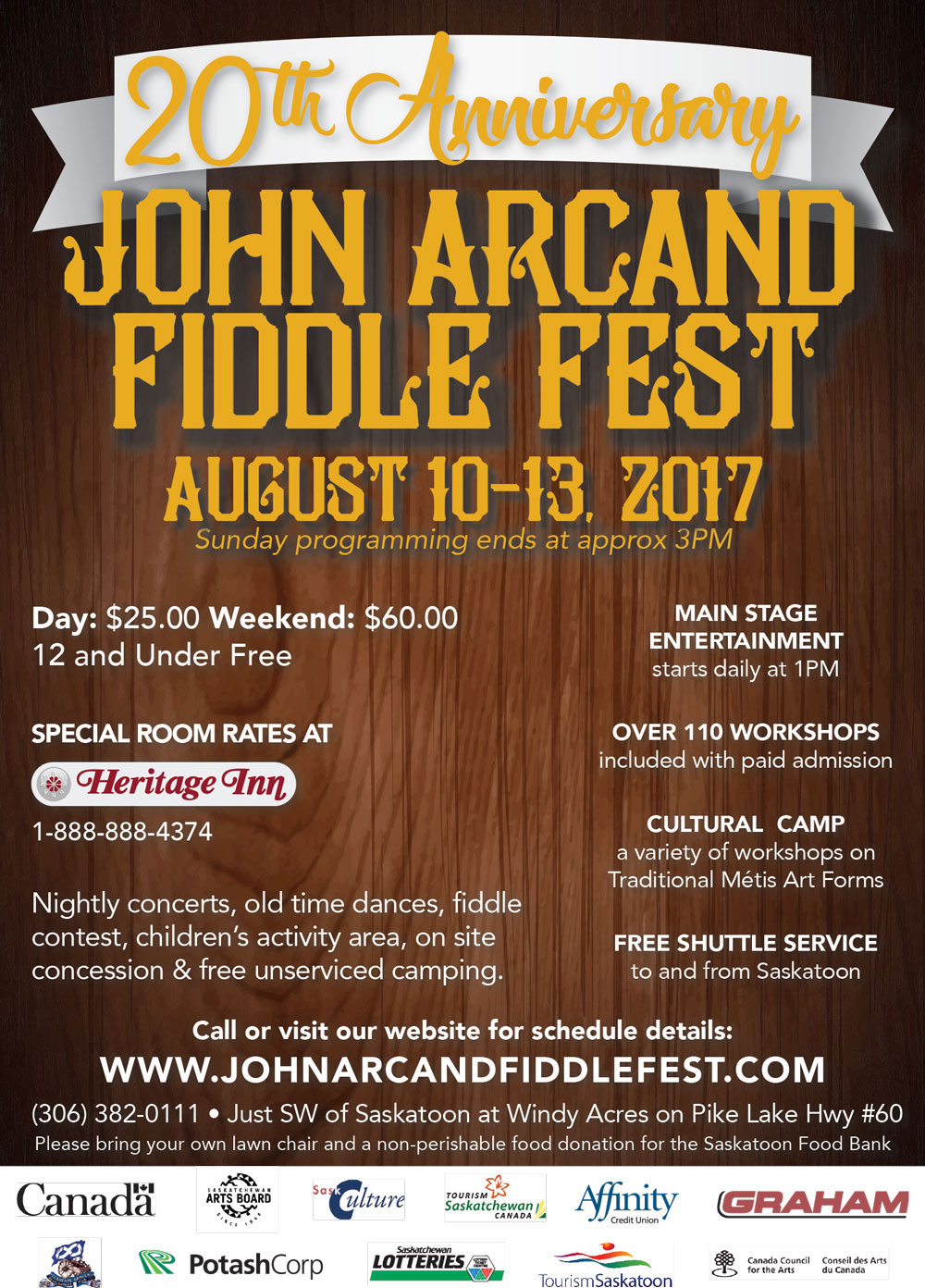 The Arcand’s look back with pride as they embark on the 20th presentation - the triumphs and the tears, the friendships, the celebrations and the many who continue to support the Festival and share the love of fiddle, music, dance and Métis culture.

“The dream has become a reality,” says John Arcand. “Celebrating 20 years is more than a milestone – it’s phenomenal and it proves that if you believe in what you’re doing and you stick to it, you can accomplish anything. I’m looking forward to the 20th Anniversary, but I’m even more excited about the next 20 years. It’s amazing to me what’s been accomplished and how much more we can still do.”

The festival’s success is all about community - the community that attends it and the community that supports it. That community includes funders, sponsors and volunteers who all come together and make this annual presentation a unique and special event. Local sponsorship shows that the businesses and organizations who support the festival have the same desire as Arcand; to share the traditions and culture and understand that preserving it for future generations requires engaging young people. The format of the festival allows for a low, family friendly one-time gate fee which includes all programming; fiddle, guitar, and dance workshops, cultural workshops and outstanding entertainment. Free on-site camping is also available.

John Arcand is Canada’s most decorated fiddle player and the recipient of numerous awards, including the Order of Canada. The Gabriel Dumont Institute is publishing a book on the Legacy of John Arcand and the Fiddle Fest and plans are to have the book launch at this year’s 20th Anniversary presentation.

The 20th Anniversary of the John Arcand Fiddle Fest will be held at Windy Acres, just 10 kms southwest of Saskatoon August 10th to the 13th. If you haven’t experienced this cultural gem, you should make it a summer priority. It’s right in your backyard!