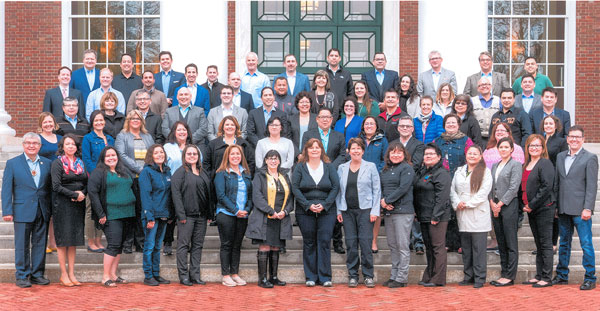 Forty-three of the participants of the Leading People and Building Sustainable Communities program, which took place May 1-5 at Harvard Business School, were from Canada. The next cohort will take place May 7-11 in 2018. Photo courtesy of Terry Goodtrack

An executive business program on Indigenous governance at one of the most prestigious universities in the world kicked off its first session at the beginning of May and by all accounts it was a success.

“The quality of instruction is second to none. The facilities were amazing, like astounding. Everybody was treated very well,” said Terry Goodtrack, CEO of AFOA Canada.

The program was born out of meetings last year between the Ivy League school, AFOA Canada and the National Congress of American Indians. The latter two organizations wanted to offer education and training on Indigenous governance, leadership and investment management to their members. In February, AFOA signed an agreement with Harvard to commit to delivering the program together.

All of the 43 participants from Canada were AFOA members or represented corporate memberships.

One of those members was Potash Corp. Lisa Mooney, Senior Aboriginal Relations Specialist for the Saskatchewan-based resource company, attended the event.

“It was an intense week; early mornings, full days and time in the evenings for networking and studying,” Mooney said.

For Mooney, who lives in Saskatoon, the networking was key and the learning environment was mutually beneficial.

“Not only our learning was evident, but Harvard University had the opportunity to learn from all of us as well,” she said. “It was the first time they had a classroom with gender equity and of Indigenous descent. I look forward to bearing witness to the opportunities and successes these teachings will develop in our communities.” 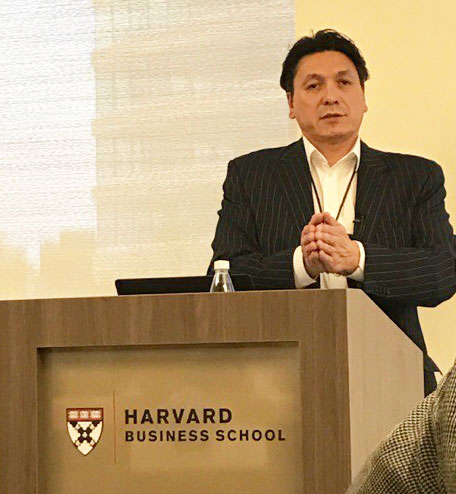 Scheduled courses during the week included Evaluating Start-up Opportunities, Governance and “Family Business” Systems, Investment Strategies, Leading Through Turbulent Times and Essentials of Negotiations. Sessions ended with the participants analyzing case studies and coming up with their own solutions in groups.

“There’s always learning from theory but the practical experience is worth a lot,” Bear said. “A lot of people want to know of real stories that have actually happened.”

Bear shared his own real story in a presentation on the last evening. He talked about Whitecap’s success in moving away from per capita capital distribution toward own-source revenues. The First Nation runs a golf course and casino and owns industrial, recreation and residential sites, employing 650 people. Bear hopes to increase that number to 1000 in the next 5 years.

For Bear, his Nation’s development of its own land code and working in partnership with all levels of government has been key to their success.

“Everything we’ve done is all based on partnership…to create opportunities not just for Whitecap members but for the entire region,” he said.

Goodtrack said that tuition for the program was originally projected to be US$11,000 for each participant but thanks to a private donor at the university, that price point was brought down to US$2,500.

The program will be offered for the next five years. The next cohort will take place May 7-11 in 2018.