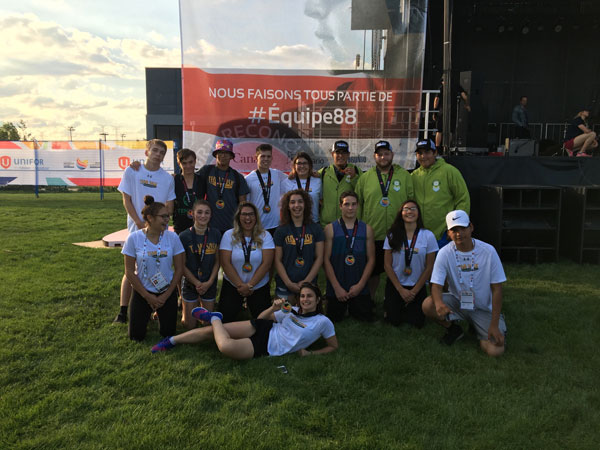 At the end of yesterday, Team Sask had 26 gold, nine silver and 16 bronze medals.

The winning athletes on the Athletics team, who almost swept the 4x400 relay, are as follows:

“I am very proud of the kids and their work effort. Any tournament were 12 out of 16 athletes medal is a huge success, said Eric Honetschlager,” Team Sask’s wrestling coordinator.

The female team won the team title while the male team tied with Wisconsin, losing out on a gold medal count by one.

The medals for the wrestling team medals are as follows: