While the fight to have treaty rights recognized is a continual battle for First Nations across Canada, Poundmaker Cree Nation has taken on the added task of exonerating its namesake chief in its quest for justice.

This year band council members wrote a letter to Prime Minister Trudeau, asking the federal government to grant clemency to Chief Poundmaker, who was imprisoned in 1885, following the Battle of Batoche.

Accounts of Poundmaker’s influence and actions at the time consistently depict a chief committed to peacemaking and taming the hostile spirits of his younger warriors, not a war leader in league with the Métis resistance. 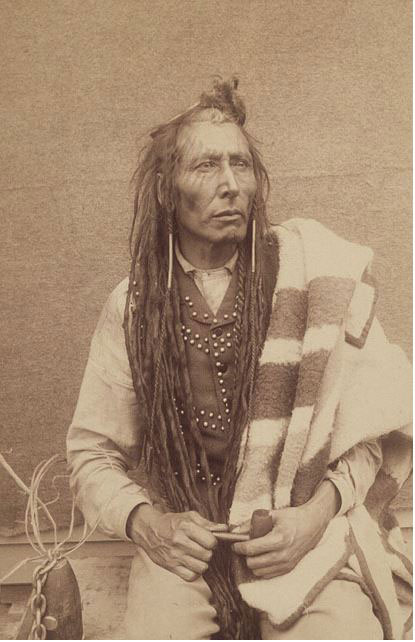 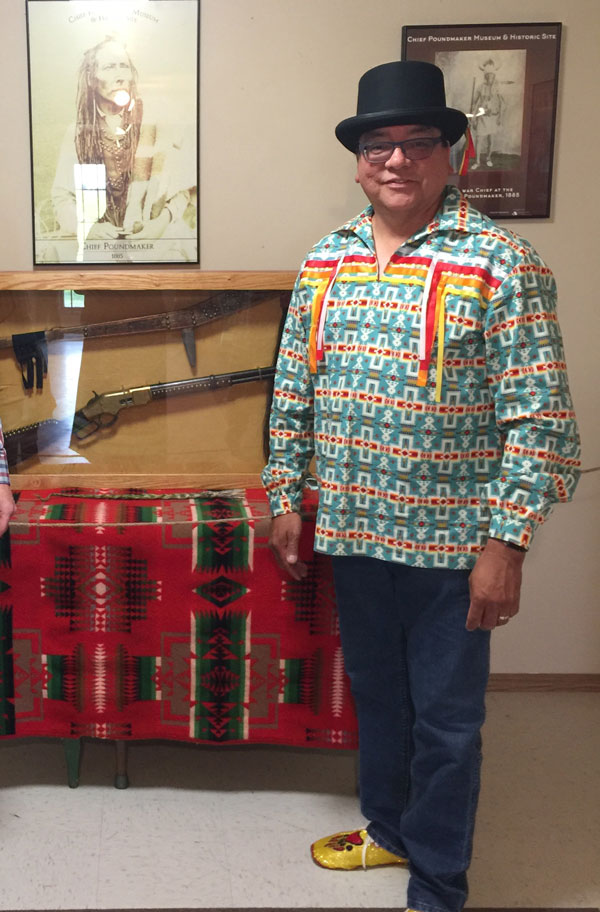 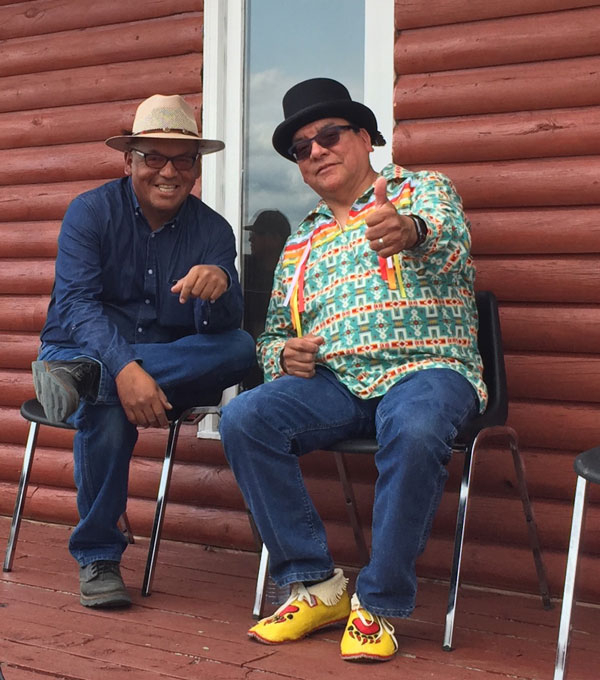 Poundmaker signed Treaty 6 in 1876, but not before demanding that the government provide for his people in times of famine. Nine years, later, when it was clear Ottawa was not fulfilling its duty, Poundmaker and his men travelled to Battleford to ask for rations. The town was deserted so they took what was in the warehouses. In response Colonel Otter descended on Poundmaker’s camp at Cut Knife Hill with 325 soldiers.

Poundmaker’s warriors, who caught wind of the attack, forced Otter’s men to retreat, but Poundmaker convinced the warriors not to pursue them. The chief also made sure prisoners on a wagon supply train captured by Métis days before the Battle of Batoche were treated well. He then willingly walked to Battleford after General Middleton rejected his offer of a peace settlement.

Poundmaker was found guilty of treason and spent a year in Stony Mountain Penitentiary in Manitoba. He died four months later, while visiting his adopted father Crowfoot on the Blackfoot reserve.

“(He was) falsely convicted of treason,” said Floyd Favel, curator for Poundmaker Cree Nation’s museum. “Mistakenly the Crown associated him with Louis Riel’s activities but these were two separate incidents.”

“We weren’t resisting anything. We were asking for the promises due,” said Favel, who added the exoneration is important because it would get the government to admit there was a wrong committed against the Nation’s leader.

Exonerating Poundmaker would be “a simple act of justice and reconciliation,” said band councillor Milton Tootoosis, who helped draft the letter to the Prime Minister.

He said official resolutions by the Federation of Sovereign Indigenous Nations and the Assembly of First Nations in support of Poundmaker’s exoneration were passed last fall. The Prime Minister’s office replied to the letter, saying the matter would be referred to three ministries: Indigenous and Northern Affairs Canada, Heritage and Justice. Tootoosis said none of the departments have responded yet.

“If they don’t we’ll move on. We’ll rewrite our own history books and we’re going to embark on a new chapter to tell the story that Canada did it wrong and that Poundmaker was actually unjustly tried and unjustly charged,” said Tootoosis.

Tootoosis said the letter is a test of how serious Canada is when it comes to reconciliation and timely, given Canada 150 celebrations.

“If the Prime Minister is talking about…the UN Declaration on the Rights of Indigenous People and the TRC Calls to Action, then this is our call to action: exonerate Chief Poundmaker,” he said.

Poundmaker Cree Nation’s museum hosted a few of Poundmaker’s belongings, on loan from Parks Canada. His gun and ceremonial staff were on display in July.

Favel said the experience was humbling and empowering. The gun represents livelihood and the staff represents good governance, qualities, he said, his people need to survive as a nation.

“Having those objects within our homeland once again reminds us of the strength and purpose that we need, just like our ancestors had,” he said.

Favel hopes Poundmaker’s possessions will one day belong to the Cree Nation. He said he’s working with Parks Canada in the spirit of reconciliation.

“Only by developing good relations and dialogue can we get things to happen,” he said.