Getting out of gang life: focus on healing, not division

Looking across the table at a young quiet man, hands resting in his lap, contemplating the subject being debated by others in a small, hot room, I am struck by his silent knowing. While three of us passionately tackle the topic: what can be done to prevent the fate that has befallen Austin Eaglechief, a young man struggling to get out of the gang life but died tragically in a crash after a high-speed police chase and shooting? I can see he won’t jump in, so I ask him a far too simple question, “What do you think?” 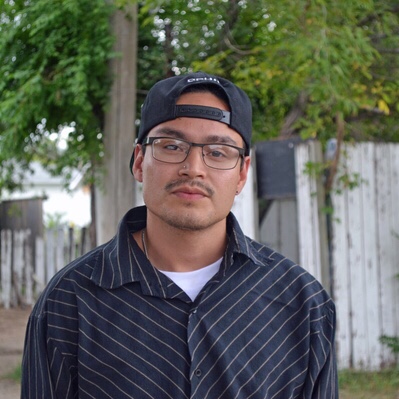 He pulls a pile of handwritten notes out of a well-worn folder and reads aloud, “By the time I was born, my hands were already bound in a no-win situation. Born to a family totally lost in poverty, drug and alcohol addition. Our house may as well have been adrift in the sea, hope and dreams cast away. Lost.”

The pull towards the gang life is one of few opportunities for young men like Austin and Devon Napope. Currently, there are at least 13 known gangs in Saskatchewan including the Hell’s Angels, Native Syndicate, Indian Posse, Redd Alert, Saskatchewan Warriors, Crazy Cree, Mixed Blood, Tribal Brotherz, and West Side Soldiers. Youth gangs identified are the Crips, Junior Mixed Blood, Indian Mafia Crips, and North Central Rough Riderz. The largest gang activity is in Regina and Saskatoon. And once you are in, it is very hard to get out.

This is reality. For Devon Napope, 30 years of trying to make it in a no-win situation has provided an “education” about survival, addiction and a society that isn’t equipped to offer the options and opportunities to change. Spending eight years of his young life in and out of incarceration, he has become an unwilling expert. His words shed light – the following is an excerpt from his writings.

“Violence, misery, drugs, alcohol and gangs are a given on the streets. I do not accept what happened to me as a youth as normal. But it prepared me for a cold world, savage world. The world of street gangs and prisons. I had no education, or goals that were worthwhile. No history of my people.  No identity to be proud of.  The gang provided acceptance, love. Friendship and a sense of belonging. That was the illusion I was sucked into. As an adolescent, the ruthlessness in life was to be accepted. Reputation, violence, drugs and alcohol, gangs, were to be accepted. It was insanity. Hands bound together since the day I was born. Unable to break free. Knowing no other alternative. Not ever seeing a better way.”

Devon speaks of the mask that you need to wear on the streets. “It’s a persona of who you have to be. You feel judged, looked down upon. Not knowing who you are or where you come from, or having good role models. People don’t see how we got here… the history, the struggle. No one tries to understand the footsteps that got us here in the first place.” Pretty succinct words and the studies back him up.

In 2010, the University of Saskatchewan released the Process and Outcome Evaluation of the Saskatoon Gang Strategy. In the report, the FSIN suggests that “Aboriginal gangs represent a spontaneous youth movement of sorts born out of necessity and daily survival (2003). Gang membership fulfills a sense of belonging and comradeship, and is an expression of collective social ills; that is, gangs are a symptom of deeper community problems… The gang problem will only increase so long as the social, political, legal, and economic problems faced by Aboriginal people are not resolved.”

Devon is now a member of Str8up and he speaks to the need for a focus on open communication that sees beyond the gangs. One that focuses on wellness, healing and treatment. “We need to stop the cycle of hate and blame, and dividing people into good and bad. We need to take the time to build people back up.”

Devon has been working through his healing with the support of Cree Haven Treatment Centre. Having the support of people he is learning to trust is a big part of his healing journey. He writes, “Stan and Father Andre at Str8up believed in me. They didn’t see or look at me like the failure that I felt I was. They looked past my broken promises, stuck it out with me. With me… Held me up when I couldn’t stand myself… There when I needed.”

The report did show there is hope. “Targeted outreach programs have been proven to be an effective strategy for helping gang members safely leave their gang. The key is providing gang members who are considering leaving their gang with opportunities and a sense of optimism about the future.”