Living legend not ready for retirement from chuckwagon racing 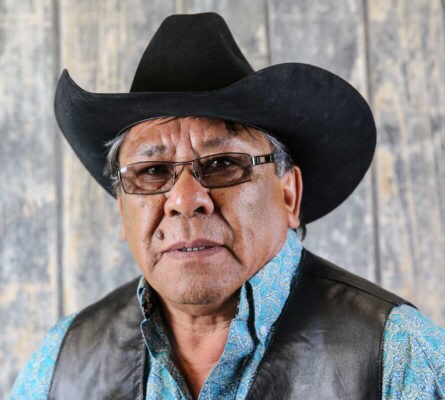 
Whenever you mention the name of Ray Mitsuing – people instantly bring up the living legends very successful career in Chuckwagon Racing.

A very humble gentleman from Loon Lake, Saskatchewan, Ray Mitsuing has accomplished many accolades in his 31 plus years of racing throughout Canada. Mitsuing doesn’t take his 7 Canadian Championships too lightly as he credits his great team of helping him succeed in the many, many show championships and appearances including ‘The Greatest Outdoor Show on Earth’ in Calgary, Alberta.

Ray, as he is known to many in the world of chuckwagon racing, has finished among the top 10 in the CPCA standings the last 10 years and is a 2-time winner of the CPCA Prairie Racing Series Championship Trailer.

Ray has become the most decorated chuckwagon racer in all of Canada as he captured his record-setting 7th Canadian Professional Chuckwagon Association Championship in Lloydminster in 2016.

Quoted in Lloydminster after his prestige championship, Ray stated, “we’ve set a new standard with seven wins. To win seven Canadian championships is quite an accomplishment.” He added, “I had first pick so, after talking it over with my wife and the boys, I decided to take barrel number two because I felt the judging hadn’t been up to par on the first night when, from barrel one, I was given a lane penalty,” Mitsuing explained. “During the final heat, I waited until we rounded the track toward the finish. I saw Kris Molle drift wide and I took the hole.”

As humble as he is, Ray Mitsuing gave credit to his success to his outriders, Dale Mitsuing and Sandy McKenzie, admitting he wouldn’t be the 2016 champion if it hadn’t been for their efforts to get the job done.

“I didn’t even have to look back with those two guys,” Mitsuing stated. “Dale and Sandy did what they had to do, allowing me to do what I had to do.”

As much as he continues to soak in the glory of a seventh CPCA title, Mitsuing agreed the opportunity would not have happened if he would have stuck to his original plan to retire following last year’s Calgary Stampede. With solid support and less stress Ray Mitsuing eventually changed his mind and not only finished out the 2015 season, but came back in 2016 for more great results and prove to many that he has more great years left in his wagon.

“What caused me to change my mind about retirement was the fact I got away from all the political, behind-the-scenes stuff,” he said. “When I stepped down as association president, I had less stress and could put all my focus on being a successful competitor. When spring training came around this year, the horses looked so good I knew I had to keep going. Also, having my son, Devin, back on the circuit this year (2016) also served as extra motivation for me.”

With the 2016 season in the history books, Mitsuing doesn’t appear to be slowing down any time soon. There are more great events to participate and most likely record a few more wins

Mitsuing went on to thank his sponsor, the CPCA fans, as well as his wife, Josephine, and his entire family. “She’s the main backbone of this entire operation.”

In winning the 2016 Canadian Championship, Mitsuing was also awarded a 2016 GMC Sierra. Ray didn’t have the truck for long as he felt it was only right to present it to his good friend Dale.

“I gave the truck to Dale,” he said. “He does a lot for us on the road and at home when I’m not around, so this is my way of repaying him. He deserves it.”

Mitsuing was also crowned the 2016 CPCA high-point champion with a total of 972 points which is also enough reason that he can still compete with the young guns vying to be the best in Canada. But first and foremost, they have to compete with the legend for a few more years.

With the torch waiting to be passed on in chuckwagon racing, Ray Mitsuing is still having too much fun in the circuit and is not ready for retirement.

Many memorable moments are still waiting to happen and as in 2011 when Ray witnessed his son Devin winning the 2011 CPCA Championship.

In September 2017, Ray Mitsuing will be 64 years of age and shows no signs of slowing down. When you get an opportunity, or are seeking a chance to meet a living legend in Saskatchewan, Ray Mitsuing is the man you want to shake hands with.