STC, City of Saskatoon look to generate renewable energy together

The City of Saskatoon is taking a major step towards renewable energy with an announcement on Wednesday to develop a hydropower station as the Saskatoon Weir.

The developments will include both a hydropower station and a new pedestrian bridge in a partnership between the City of Saskatoon and Saskatoon Tribal Council (STC). Mayor Charlie Clark and STC Chief Mark Arcand signed the agreement during the First Nations Power Authority (FNPA) 2017 Western Canadian Indigenous Renewable Energy Forum. 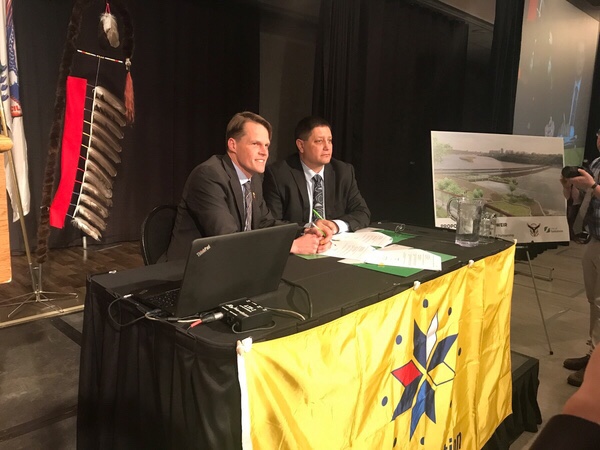 The project would cost between $60 million and $65 million, paid for by the STC and private sectors, which will be off-set by revenue generated by the hydropower station and funding. The development aims to provide benefits including opportunities for First Nation employment, training, and education.

Mayor Clark said the agreement between the city and STC is an opportunity to put the concept of reconciliation into action.

“As we talk about reconciliation and as we talk about what we're going to do in the future (...) to try to build a society that will still be healthy and thriving for generations to come,” said Clark during the partnership announcement.

“I think the opportunity that reconciliation provides is a way to figure out how to do that in a way that is more sustainable,” he said.

Clark spoke on how important sustainability is for both the STC and the city.

“In producing power, we draw on the resources of mother earth,” he said. “In the past as a society, non-Indigenous society in particular, we know the way we've been doing that has been unsustainable (...) we know we have to change the way we do things.”

Arcand agreed that the project is a step forward in the spirit of reconciliation.

“When we talk about the hydro-projects, and equal ownership model, it exemplifies the true spirit and intent of reconciliation,” said Arcand. 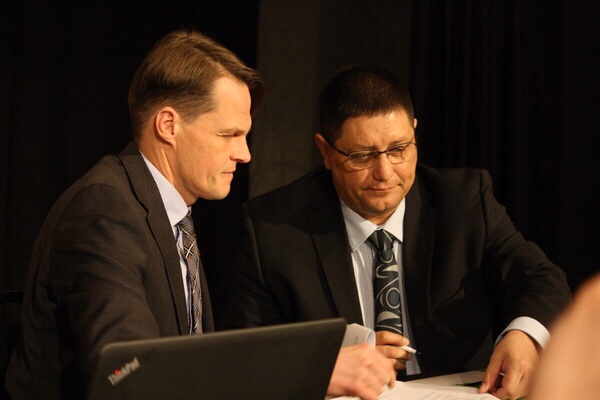 The station could generate enough clean electricity to power between 2,400 and 3,500 home annually, reducing greenhouse gas emission by up to 21,120 tonnes.

The announcement was befitting at the FNPA Renewable Energy Forum, an event which brings leaders from across western Canada to showcase expertise and achievements towards sharing best practices and generating a dialogue on common renewable energy priorities for Indigenous people.