Metis survivors of the Sixties Scoop were discriminated against by the federal government when it left them out of a multi-million-dollar settlement, says a Saskatoon man.

Robert Doucette, a Sixties Scoop survivor and former President of the Metis Nation – Saskatchewan (MN-S), filed an complainant on October 27, 2017 to the Canadian Human Rights Commission. Doucette argues that Carolyn Bennett, Minister of Indigenous and Northern Affairs Canada (INAC), violated Charter of Rights when Metis people were left out of an $800 million class-action settlement, which compensated Indigenous Sixties Scoop survivors.

“It's a smokescreen so they don't have to deal with the Metis people right now,” said Doucette during a press conference last week. “She sent the wrong message to the Metis people of Canada, and that message is 'you don't matter.'” 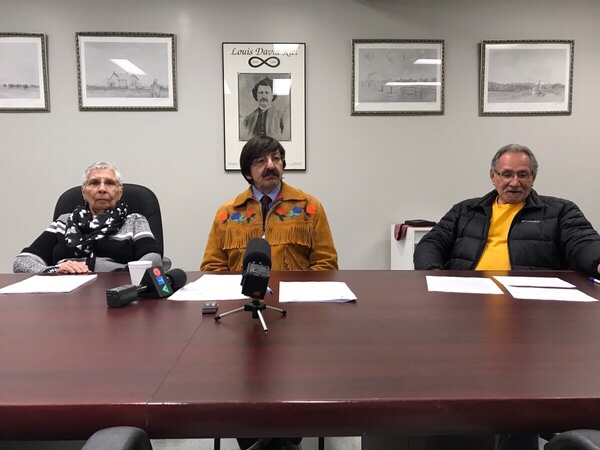 Doucette, who was taken from his family and placed in a foster home in 1962, says he wants Metis survivors to granted the same compensation that was accorded to Inuit and First Nation survivors.”

“Once again, the Federal government have failed to defend the rights of one of the Indigenous peoples of this country, betrayed the trust of my family and thousands of other Metis Sixty Scoop foster/adoptee survivors across Canada,” Doucette writes in the complainant.

On October 16th, 2017, Doucette sent a letter on the exclusion of Metis from Sixties Scoop settlements to Prime Minister Justin Trudeau and all members of Parliament. He did not receive any response, with the exception of NDP MP Georgina Jolibois.

“I would like to see Prime Minister Trudeau acknowledge and state publicly that he believes Metis people have outstanding rights and titles and that he is going to stand by Metis people and defend those rights,” said Doucette.

“I would also like an apology from Minister Bennett for again leaving us out of a major announcement and agreement,” he added.

Bennett's office issued a statement last week, stating “the current agreement in principle represents the first step in resolving this issue. We know that there are claims that remain unresolved, including those of the Metis,” it reads. “We remain committed to working with all Indigenous peoples affected by the Sixties Scoop to resolve remaining litigation.”

Doucette says he will file a Statement of Claim if the Canadian Human Rights Commission does not rule in their favour.

“This world and this country has to know what the government is doing to the Metis people,” he said.

The settlement, announced on October 6th, ruled compensation for status Indians and Inuit people who were adopted or made wards of the government between 1951 and 1991, excluding Metis and non-status Indians.