Grand plans and initiatives advance forward as Wanuskewin Heritage Park continues its climb to being one of the most important cultural centres in the Prairies. 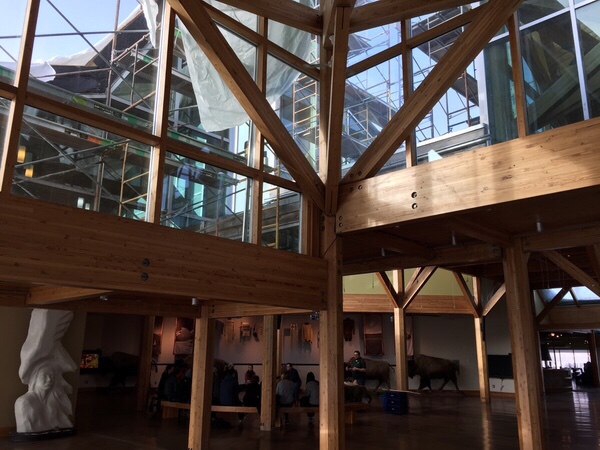 Wanuskewin’s Board of Directors plan to have all the expansion completed by 2020.

In early 2017, a $40-million campaign dubbed Thundering Ahead was announced, which would fund a major building expansion and renovation of Wanuskewin’s facilities. Several corporations were eager to show their support, with Federated Co-op, SIGA, RBC, Deloitte, and many others gifting sizeable donations to the campaign. Recently, donations from Scotiabank and The Mosaic Company of $600,000 and $500,000, respectively, have brought Wanuskewin close to achieving their fundraising goal.

Planning for the expansions started as early as 2005 with elder and community-based consultations. Part of the plans include grassland restoration, the re-introduction of exhibit galleries, and the establishment of a bison herd. Wanuskewin says their role as an interpretive centre and educational space was informed by consultations with Indigenous and non-Indigenous stakeholders, and ceremonies with Elders and knowledge-keepers.

“The [bison] have gone too long from this place. The bison are a vibrant symbol of strength and spiritual renewal,” said Candace Wasacase-Lafferty, Chair of Wanuskewin Board of Directors. “We are looking forward to their return and the positive effect on this generation and the next.” 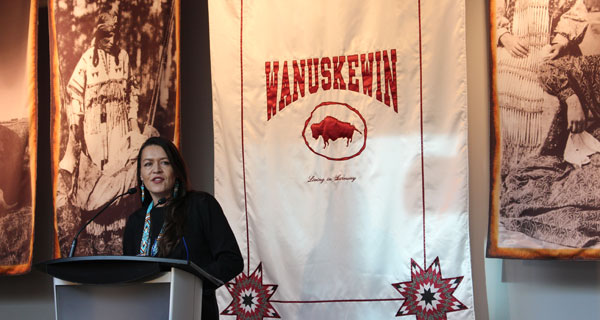 Candace Wasacase-Lafferty, Chair of Wanuskewin Board of Directors, at the launch of the Thundering Ahead Campaign in February 2017. Thanks to numerous donations, the campaign is close to reaching its fundraising goal. Stock photo

The park is also committed to supporting Indigenous art and artists from around Canada and contains the only gallery space devoted entirely to Indigenous art in the province.

“I’ve really positioned us as showcasing Indigenous art. It allows our contemporary world views to compliment narratives that are sometimes relegated to the past,” said Felicia Gay, Wanuskewin Gallery Curator.

In order to encourage and stimulate Indigenous art nationwide, Wanuskewin supports artists at all stages of their careers with initiatives that include artist residencies, professional development, and community-based art programs.

“Wanuskewin has been seen for a long time as a museum site. We need to build up that visibility that there’s an amazing contemporary gallery here for Indigenous artists of all stages in their careers,” said Gay.

“Visual culture is always how our people have talked about things. We still do that through art, and the gallery is a great space to talk about things that are important to us.”

Wanuskewin aims to complete all expansions plans for 2020.