Almost three hundred people gathered at the Conexus Arts Centre on April 28th to celebrate 25 years of excellence in writing and publishing at the Saskatchewan Book Awards.

Local musician Kara Golemba kicked off the Awards Ceremony with music from her debut EP Every Little Light. Zarqa Nawaz was delightfully funny as this year’s MC, and Saskatchewan’s Poet Laureate Brenda Schmidt shared her love of poetry with the audience before the awards presentations began. Indigenous authors Tenille Campbell and Dawn Dumont won three awards between them over the course of the night. When the Trees Crackle with Cold: pīsimwasinahikan won the Children's Literature award. This book was a collaborative community project with Elders and Cree language scholars from all three geographical regions/dialects.

Debut author Tenille Campbell received the O’Reilly Insurance and The Co-operators First Book Award and the Rasmussen, Rasmussen and Charowsky Indigenous Peoples’ Writing Award for her debut book of poetry, #IndianLovePoems, which was hailed by the jurors as “a ground-breaking and important resurgence of Indigenous female voice.” 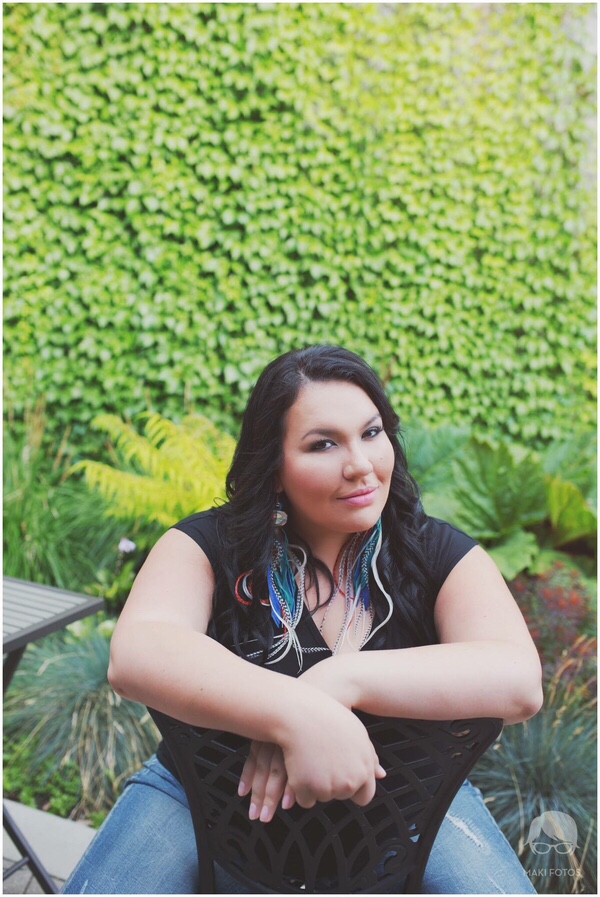 Dawn Dumont once again snagged the Muslims for Peace and Justice Fiction Award. She previously won the award in 2015 for Rose’s Run. This year, she was awarded for her moving short story collection, Glass Beads, which the jurors called “totally engaging, funny, and bittersweet.”

The University of Regina Press received all three publishing awards this year, two of them for Aaniiih/Gros Ventre Stories, edited and compiled by Terry Brockie and Andrew Cowell, and Claiming Anishinaabe by Lynn Gehl. The full list of award winners is available at bookawards.sk.ca.

Read about the eight books by Indigenous storytellers that were up for Sask Book Awards:

Some of the names are first-time authors, others have a couple of books under their belts, but eight books by Indigenous storytellers are being recognized at the 2018 Saskatchewan Book Awards.

“For so long Canadian Lit would just pick one or two people that they thought could represent all indigenous writers,” said author Dawn Dumont, who’s most recent book Glass Beads has been shortlisted in four categories.

“I think now because of social media and having savvier more knowledgeable librarians, who are just a god sent … they are more willing to take chances on different voices and I think that is really important.”

Glass Beads tells the story of four people navigating life off the reserve.

“I think I was trying to work through what it was to be an Indigenous person in the 90s and what that felt like.”

Dawn Dumont once again snagged the Muslims for Peace and Justice Fiction Award, which she won in 2015 for Rose’s Run.

One of the newcomers to the Saskatchewan Book Awards scene is #IndianLovePoems author, Tenille Campbell, who was shortlisted in two categories, including sharing the category of Indigenous People’s Writing with Dumont. Well known Cree-playwright, Kenneth Williams is the third in that category. His book In Care tells the story of a woman whose children are apprehended and she fights to get them back.

“I was surprised just because I know the quality of the books that were coming out and good people, great writing,” said Campbell of her nominations.

Being nominated has taken her work to a new level, Campbell said, it takes people past the initial light-hearted read.

“I think people are looking into a little deeper and picking apart the layers, which is great.”

Another first-time author is Mika Lafond. nipê wânîn: my way back is a book of poems Lafond wrote from her grandmother’s stories of life as a Cree woman. It started as a bilingual project for her master’s degree.

“While doing my thesis … I started learning more and more about the language,” she said, writing the book became a journey of her culture.

Another journey is Lynn Gehl’s Claiming Anishinaabe. Gehl shares the importance of heart knowledge, talks about her experience being denied her Indigenous status, and takes on issues of today, including the destruction of sacred places.

“It’s an honour to be included,” said Gehl, from her home in Ontario.

In the Indigenous Publishing category with Gehl is Aaniih/Gros Ventre, a book of stories edited by Terry Brockie and Andrew Cowell. Their collection is the first to be published in the Aaniih/Gros Ventre language. Saskatchewan artist Leah Dorion was also in this category with the children’s book she wrote and illustrated, Métis Christmas Mittens.

Another Indigenous children’s book is When the Trees Crackle with Cold, co-authored by Bernice Johnson-Laxdal and Miriam Körner.

“The awards give you a chance to all come together and see each other and recognize one another and appreciate what we do. It helps you feel like you have a community,” Dumont said.