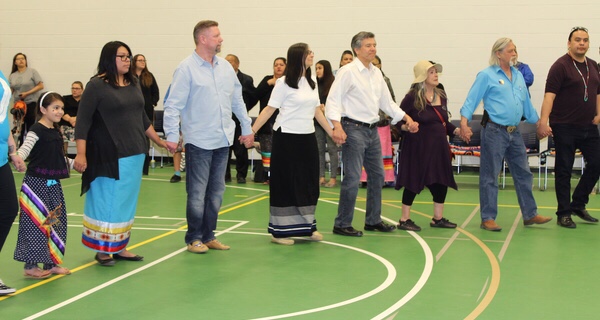 Saskatoon’s FNUniv students invited the community to celebrate their first round dance held at the city’s police gymnasium.

People gathered together for a round dance celebration held at the Saskatoon Police community gymnasium over the weekend. Students at the Saskatoon’s First Nations University of Canada (FNUniv) campus organized their first annual “Honouring the Next Generation” round dance, which brought together singers, dancers and spectators from near and far to join in on the celebration.

Kayla Ironstar-Murray, a third-year FNUniv social work student is also student association president, said they wanted to make the connections and partnerships within the community and organizing a round dance was a way to start.

“We wanted to bring our community together…to show that we can move forward and celebrate resiliency, strength and us as Indigenous people working together for a better future,” she said. “After people attend this round dance, I they see how easy it is for leadership to be in one place and to work together.” 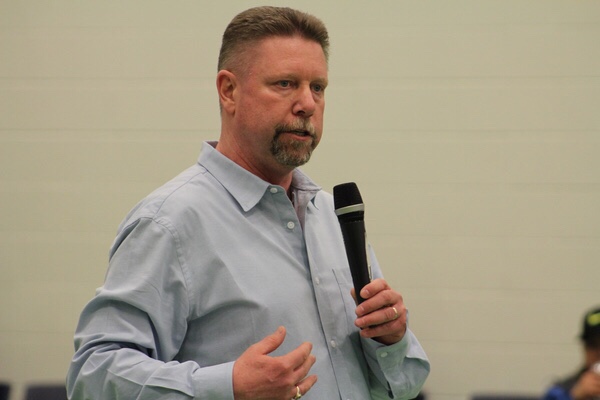 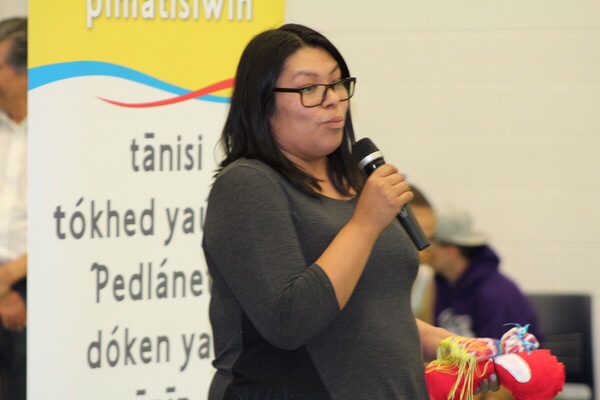 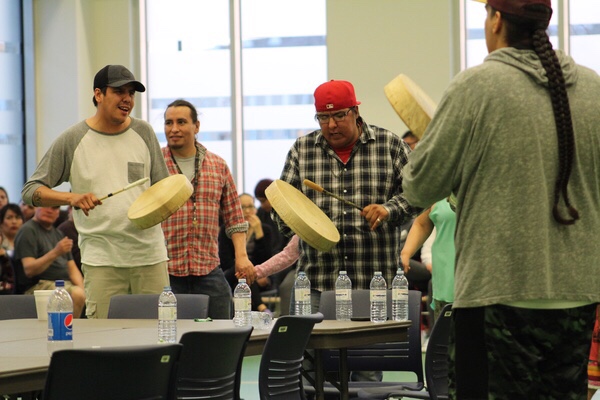 Ironstar-Murray and other students needed a venue to host the event and had requested to utilize the community gymnasium at the police station. She said it was a great opportunity to establish that partnership especially knowing of Saskatoon Police Chief Troy Cooper’s work with Indigenous communities in Prince Albert.

Saskatoon’s first Metis Police Chief Cooper started his position over seven weeks after serving six years as the Chief of Prince Albert Police. He said the police service allowed the FNUniv student association to use their space for their round dance.

“We thought that was a really good connection and compliment for some of the things we’re trying to accomplish,” said Cooper who is originally from Big River. “The connection to youth first of all, the connection to the Call to Action for education. It was a great way for us to involve the community in the building and a great way to recognize the diversity that Saskatoon offers.”

“It was nice to feel that through the building that there was something more than just meetings and officers getting assignments,” he said. “There was some celebration in a building that doesn’t often get a chance to celebrate so it was very nice.”

FNUniv President Mark Dockstator also attended the round dance said the event itself was an opportunity to bring the community together in hopes of moving towards reconciliation.

“Having the round dance at the Saskatoon Police headquarters is unique. I don’t think I’ve ever heard of any place in Canada where they have cultural events at the police station,” said Dockstator. “I’m not sure if it’s historic but it certainly is unique.”

Cooper, Dockstator, and Green Lake Mayor Ric Richardson, who was also in attendance, were honoured with starblankets for their work and dedication in working with Indigenous communities and building partnerships.