SaskPower and the First Nations Power Authority (FNPA) signed a First Nations Opportunity Agreement (FNOA) to source 20 megawatts of flare gas power generation projects. The event took place on Friday, May 11 at the First Nations University of Canada (FNUniv) with many Indigenous leadership, governmental leaders and members of the FNPA were in attendance.

“This is an important milestone for us,” said FNPA Chief Executive Officer Guy Lonechild. “This agreement and long-term commitment between SaskPower and Saskatchewan First Nations is exactly what FNPA was created to develop. Together, we are saying that our First Nations will be essential in the power future of this province, from an economic and environmental perspective.” 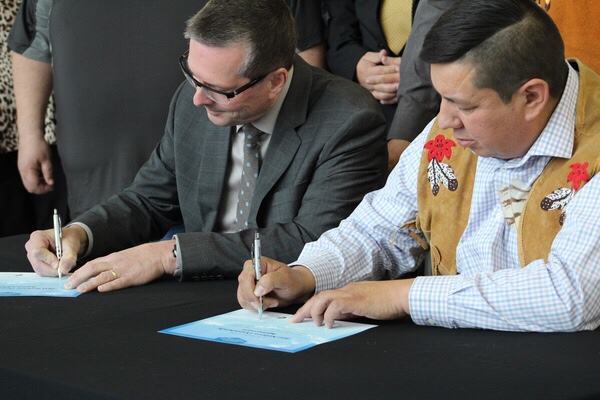 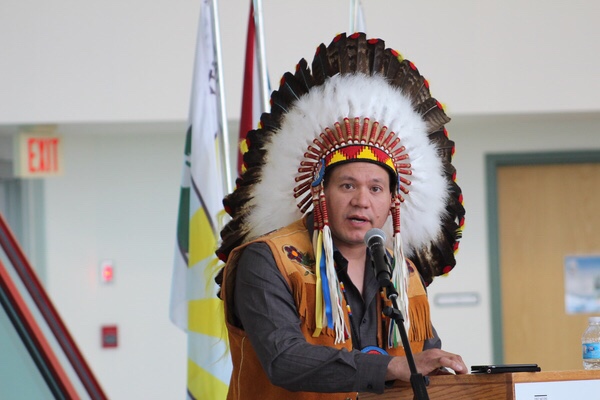 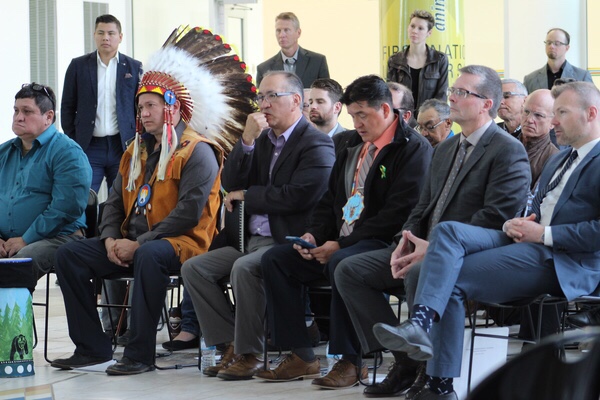 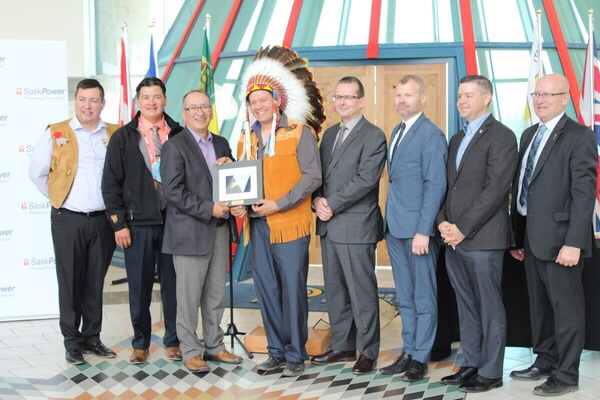 The project is worth an estimated $300 million of potential revenue over 20 years, which represents significant new economic development and opportunity for power projects led by First Nations communities and businesses.

The Chief of Flying Dust First Nation Jeremy Norman said the agreement with SaskPower will show how they will do business. With limited resources on his community, he said this project is a great investment.

“We’re ready. We got a partner that is going to come in and provide the expertise to put the flare gas into the mill and create the power,” said Chief Norman. “What we signed [on Friday] was the FNOA which spells out the agreement on the quality of the gas the can be used. What we’re still working for is the power purchase agreement (PPA) which will be the final product and then we can start building and get this moving.”

The FNOA gives FNPA the responsibility of securing First Nations-led flare gas power production projects. Power purchase agreements will then be signed and negotiated for the electricity to be sold to SaskPower and distributed on the provincial power grid over the next 20 years. FNPA has notably been working closely with Flying Dust First Nation on developing a flare gas power generation opportunity, according to the media release.

“SaskPower is committed to progressive Aboriginal relations and procurement,” said SaskPower President and Chief Executive Officer Mike Marsh. “Through this agreement and the hard work of the First Nations Power Authority, we are delivering on this commitment today and for the foreseeable future. It’s also an example of how we can keep growing the provincial power grid to meet the rising demand for power, in a way that also meets our collective vision for environmental sustainability.”

Dustin Duncan, the Minister who is responsible for SaskPower, said the agreement between the government and FNPA will contribute to Saskatchewan’s climate change strategy in a very meaningful way.

“By supporting the adoption of innovative emission reduction technologies such as this, we are supporting all sectors of Saskatchewan’s economy in an effort to reduce their carbon footprint,” said Minister Duncan. “We are committed to a cleaner electricity sector, and a cleaner oil and gas sector, but in a manner that is financially sustainable and responsible.”

Although it will take time before the project lifts off, the FNOA leaves the government, SaskPower and Indigenous leaders and communities with a sense of hope for the future.

“There’s still a lot of groundwork that needs to be done before we building but we are a lot closer with this signing,” said Chief Norman.