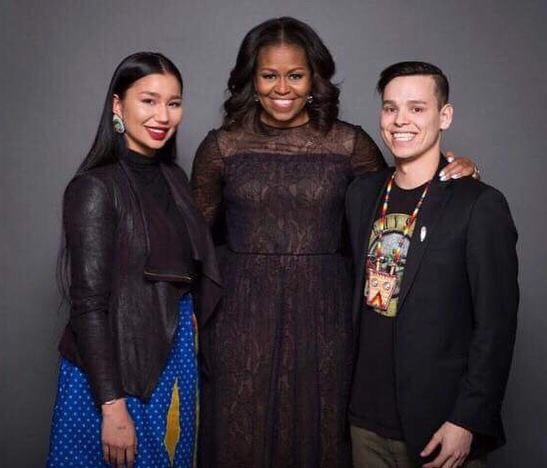 Rollin Baldhead and Darian Lonechild are the two recently elected youth representatives for the Federation of Sovereign Indigenous Nations.

For the next two years they are charged with representing the views of Indigenous youth in Saskatchewan to their leadership.

“We’re supposed to advocate for young people … we’re elected in to be that voice,” said Lonechild, 20.

She says they have a reminder for youth also. “They are leaders in their own way and the lands are theirs as well.”

The first priority for Baldhead, 24, and Lonechild is creating a youth council. The goal is to have diversity in voices and experiences on-and-off reserve, LGBTQ youth, and from the many nations within Saskatchewan including Dene, Soto, Cree, Dakota and Nakota, said Baldhead.

“I think as young leaders we can create more leaders and provide that opportunity for young people to come and give their experience,” Lonechild said.

Baldhead and Lonechild grew up in an urban setting.

“I can speak to the issues that are affecting our young people, but I can’t speak to what it’s like to grow up on a reserve,” Lonechild said. “FSIN as an organization would best be led in the direction by young people, so to expand the place of youth in this organization is really important. Creating a youth council, I think would do that.”

They want to create an annual youth summit to have a place where youth can learn how to have their voices heard through the political system like the creation of and voting on resolutions. The pair also wants to tackle the issues they see at the forefront for Indigenous youth, including mental health and language revitalization, Baldhead said. He says too often he sees youth that seem to wait for approval. “There is almost a hesitation to reach our goals,” Baldhead said, and he wants to change that.

Part of his platform was based around showing youth that despite goals seeming overwhelming, “we can get there.”

Both youth delegate positions are unpaid, but that isn’t slowing either of them down. The pair was in Ottawa in early May for the Assembly of First Nations gathering, where they met with Indigenous youth from across the country to compare strategies and hear success stories. 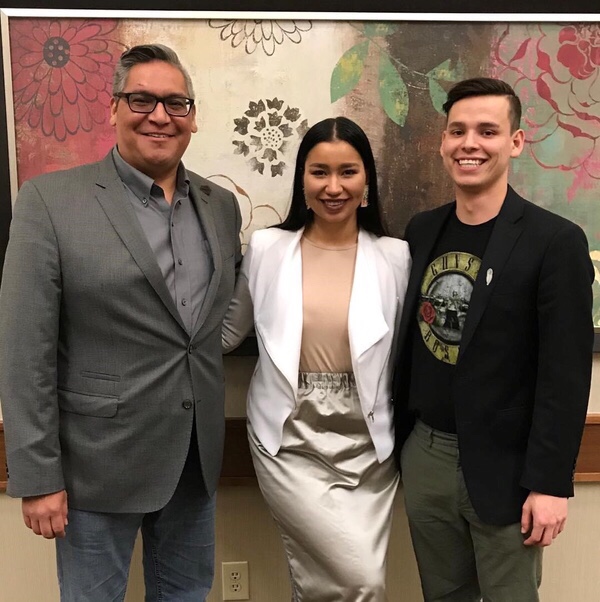 And they have much more travel coming up. Lonechild says planning is underway to start vising communities across the province.

Both representatives will continue their studies at the University of Saskatchewan.

Baldhead said, he wants to walk the talk, that being elected by his peers means something. “The youth believe in me,” he said.

Planning for their next two years is well underway, but Lonechild says she understands the amount of work they will have. She has watched her father in politics as vice-chief and chief of the FSIN.

“Watching him do that has inspired me a lot,” she said.