Wild game will be a contributor to a strong cultural component at the upcoming First Nation Winter Games.

The leadership of Prince Albert Grand Council recently organized an early spring Arctic hunt in preparation for the Cultural Village that will be held in conjunction with the 2014 Saskatchewan First Nations Winter Games.

Committee member Elder Phil Morin and PAGC Vice Chiefs Joseph Tsannie and Brian Hardlotte joined with Chief Bart Tsannie of Hatchet Lake Denesuline First Nation and members of their community in a hunting excursion situated in their traditional hunting territory off of the frozen ice of Cochrane River. 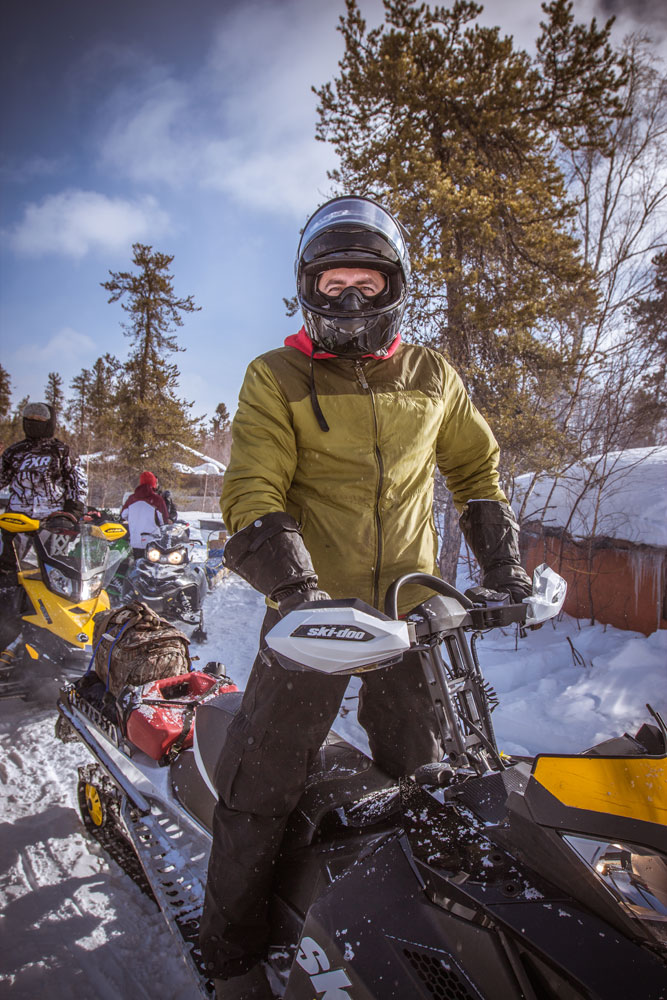 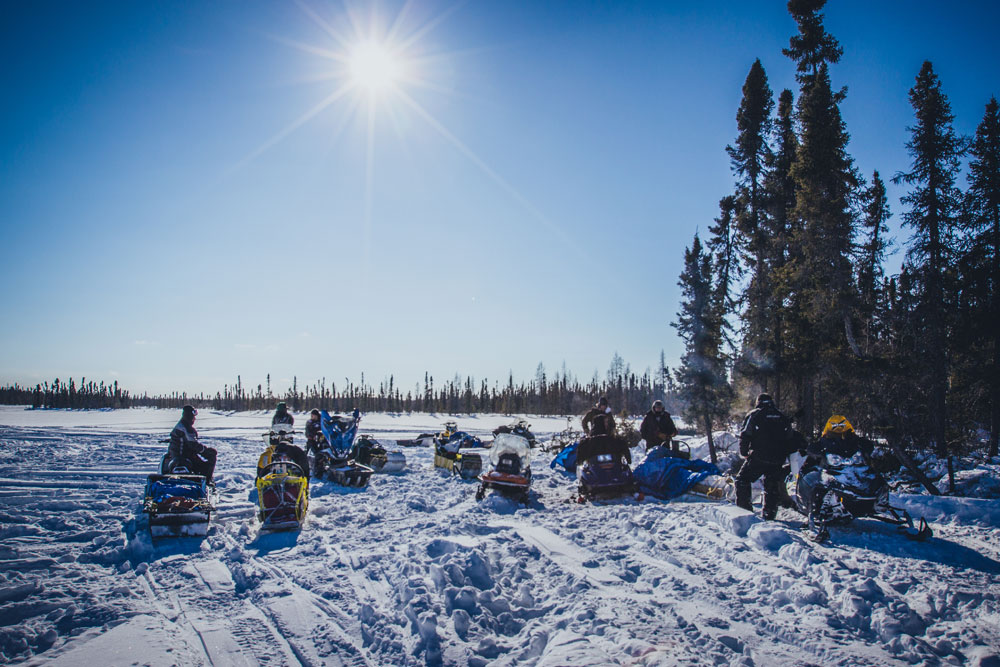 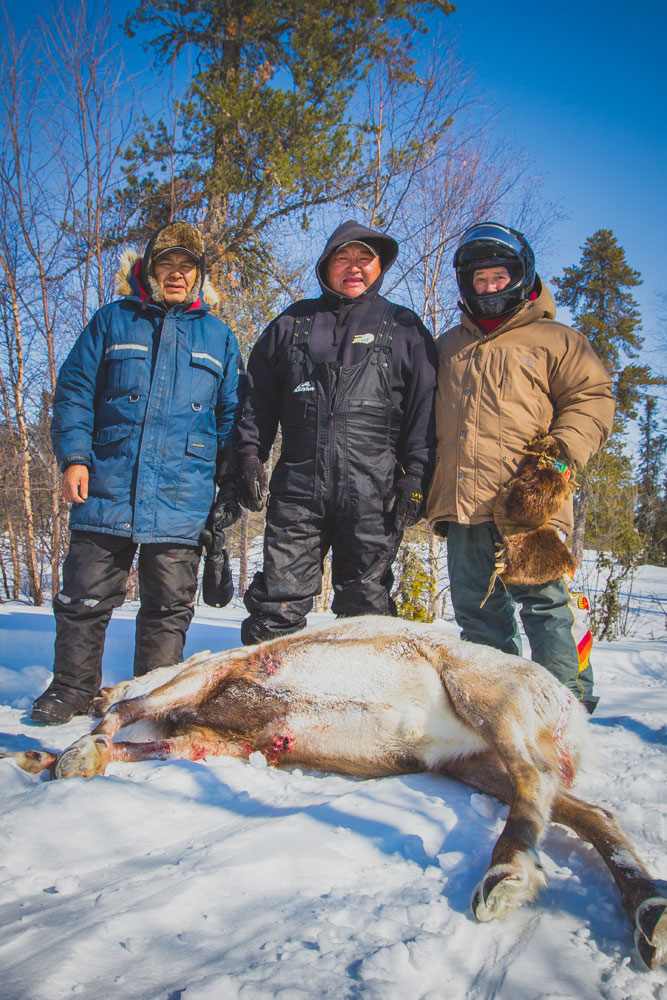 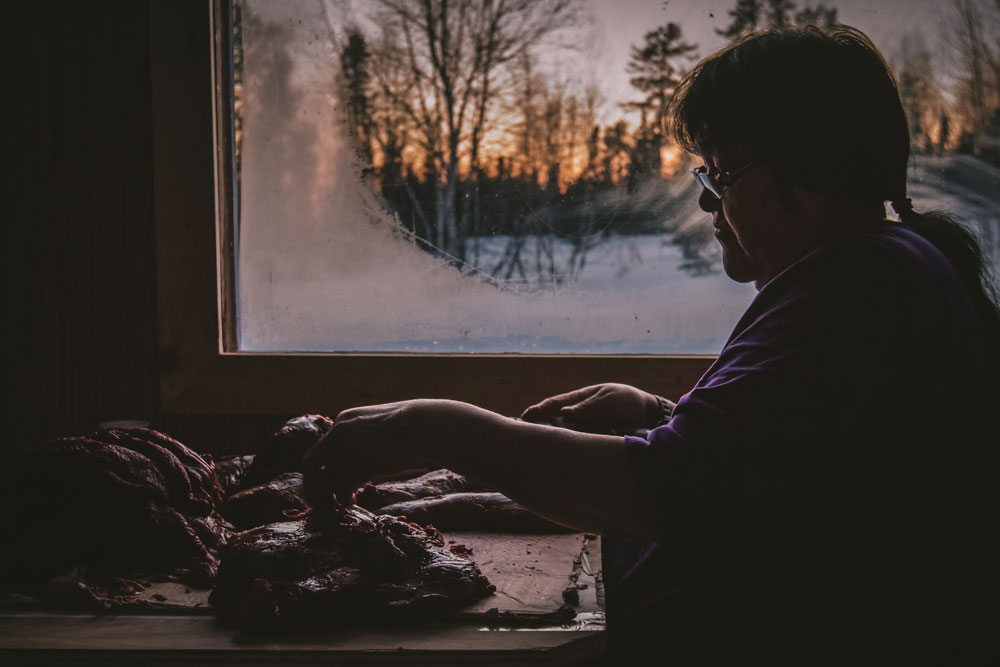 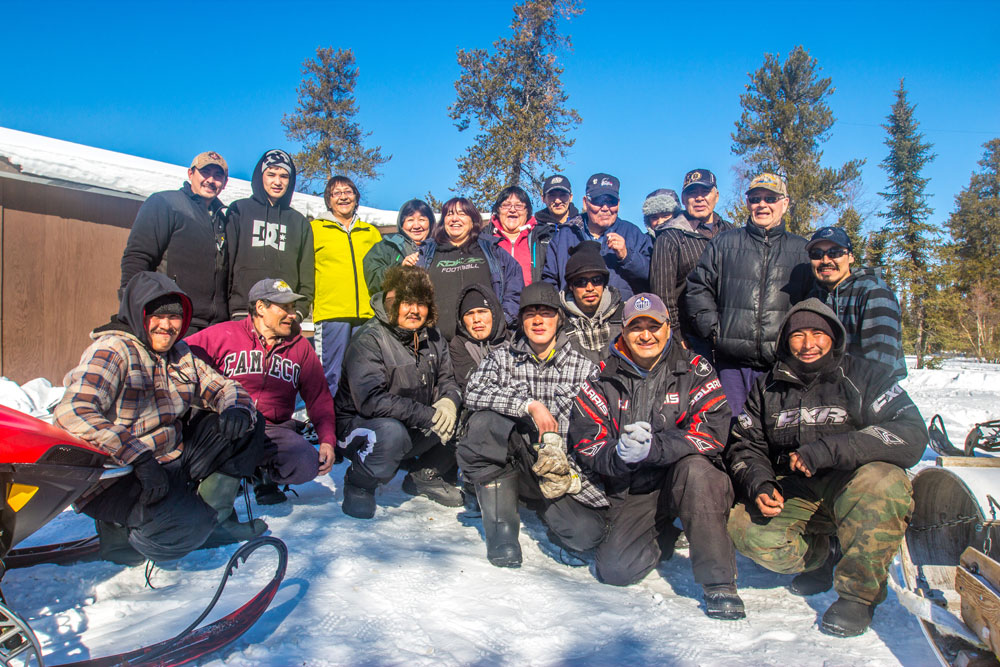 Along with the caribou, the Cultural Village will serve other traditional foods, including moose, bison, elk, deer, beaver, muskrat and fish to Games participants.

The Games will have the five core sports of badminton, broomball, curling, hockey and volleyball with three-on-three basketball being a demonstration sport. The PAGC is readying to host several thousand athletes, coaches, chaperones and family members for what looks to be, if you consider the food sources, a memorable and traditional Games for the ages.

These photos taken by Winter Games committee member Tina Pelletier capture the work and effort involved in preparing some of the caribou foods, some of which will be put on display at the Cultural Village being held on the grounds of PAGC.