The federal government recently announced support for the preservation of Indigenous languages in Saskatchewan.

The announcement took place at the Saskatchewan Indigenous Cultural Centre (SICC) on September 11 where Minister of Canadian Heritage and Multiculturalism Pablo Rodríguez announced the Government of Canada will provide $2.3 million over two years to preserve, promote and revitalize Indigenous languages in the province.

“Indigenous languages are key to connecting younger generations to their history, culture and community,” said Minister Rodriguez in a media release. “We are proud to support the efforts of the Saskatchewan Indigenous Cultural Centre to preserve, promote and revitalize Indigenous languages throughout the province.” 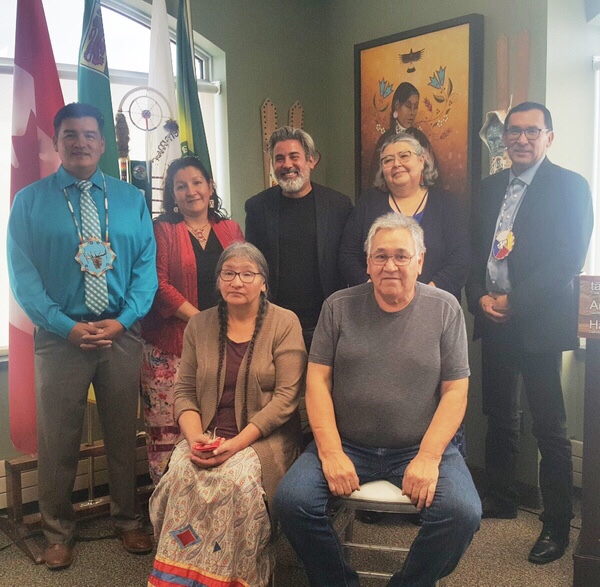 A recent announcement was made to revitalize Indigenous languages in Saskatchewan with $2.3 million from the federal government. Photo credit: Canadian Heritage

This funding, provided through the Aboriginal Languages Initiative (ALI), will be managed and administered by the Saskatchewan Indigenous Cultural Centre (SICC). Other projects will be funded which includes language classes, camps and product-based resources that are offered to First Nations communities across the province.

“Our languages are living and sacred. Each language has a unique spirit that connects us to our ancestors and ancestral knowledge. Language is an energy, a vibration as powerful as the wind,” said SICC President Wanda Wilson. “Language connects us to more than an identity; it connects us to universal and natural laws that guide us in everyday affairs and opens our eyes to infinite beauty and responsibility. Supporting community-based language initiatives ensures the people are uplifted with every breath.”

With this funding announcement, it demonstrates the federal government aims is to reverse the decline of Indigenous languages by working with First Nations, Inuit and Métis communities to keep their languages alive.