A small group in North Battleford organized an Orange Shirt Day event that drew students and community members in attendance.

On Wednesday, September 26th, Sherron Burns, the Indigenous Education Consultant at Living Sky School Division, along with a few other community members, wanted to honour residential school survivors and those who didn’t make it back home. 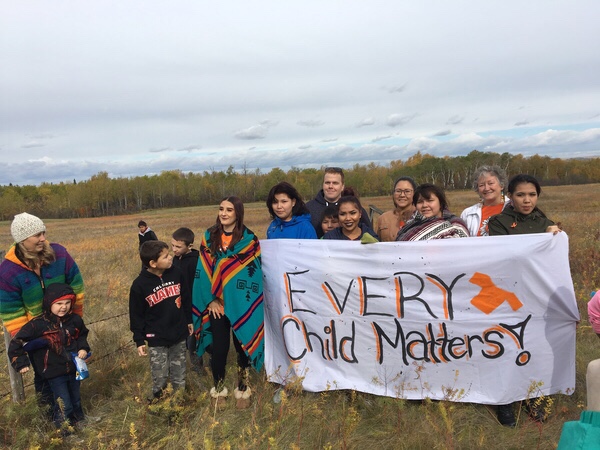 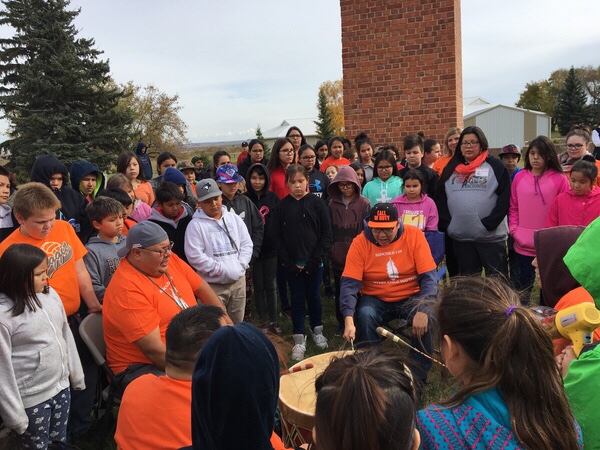 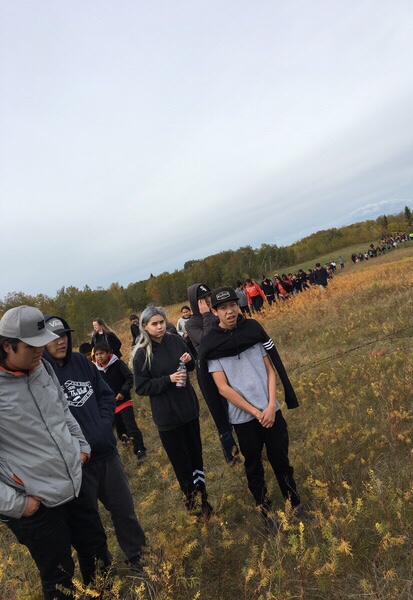 They started the day with a smudge and a prayer at the Living Sky School Division office and talked about the importance of Orange Shirt Day. People wrote messages to residential school survivors and attached them on balloons and placed them outside the office so people can see them.

The organizers went down to an elementary school where they joined an elder who spoke to students about residential schools and the significance of Orange Shirt Day. Students also made cards, attached them to balloons, and placed them all over the downtown.

“That was pretty cool seeing a great group of people going out into the community,” said Burns.

In the afternoon, over 150 attendees met at the old Battleford Industrial School where only a foundation remains. Students as young as grade 4 to numerous community members participated in the Orange Shirt Day walk where drumming and singing was heard throughout the streets.

The walkers trekked less than a kilometre to the Battleford Industrial School Cemetery site, which resides on farm land. Organizers ensured they sought permission beforehand to enter onto the memorial site for Orange Shirt Day.

“We walked up to the cemetery and we had a moment of silence by some prayers,” said Burns. “We took some time to recognize and honour the who are buried there. It was a beautiful walk and a beautiful day to be up there doing that as a large group was really significant.”

The Battleford Industrial School was open from 1883-1913 and the cemetery was made sometimes during that time period where there are 74 people are buried at the cemetery site.

“We know the names of 50 people but there’s 24 of them that we don’t know,” she said. “Most of them were students at the time, some of them were staff members of the school and the others were some people of the area.”

“The land that the is on is owned by a farmer who lives in Alberta. He has no trespassing signs to protect his property,” said Burns. “So, people cannot access the cemetery to go and learn about the history and even see family members that are [laid to rest] there without permission from the farmer.”

She and others are hoping to get provincial status so the land where the Battleford Industrial School Cemetery resides is secured.

“We want people to know this history exists because it’s really hidden, a lot of people in our community don’t know that it’s there,” she said. “We need that story to become more known.”