“Reconciliation is for everyone”: Orange Shirt Day

Nationwide, people proudly wore orange shirts to honour and recognize the survivors of Canada’s residential schools and those who didn’t make it home.

In downtown Regina’s City Square Plaza, people gathered wearing orange shirts for Orange Shirt Day on September 28th. The event began with an opening prayer from Elder Lillian Piapot, followed by a speech from Regina’s Mayor Michael Fougere, who said the event was a time to think about the survivors and victims of the residential schools.

“It’s a sombre time to think about that but it’s an opportunity for us to address that aggrievance to move forward in a positive way together with our Indigenous peoples,” said Fougere. 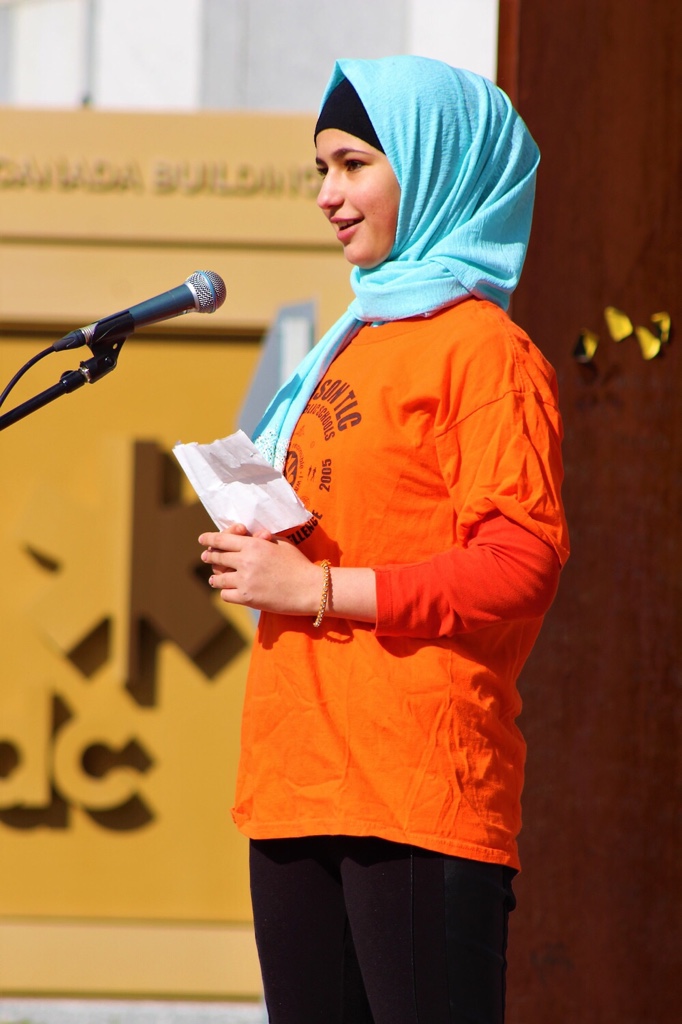 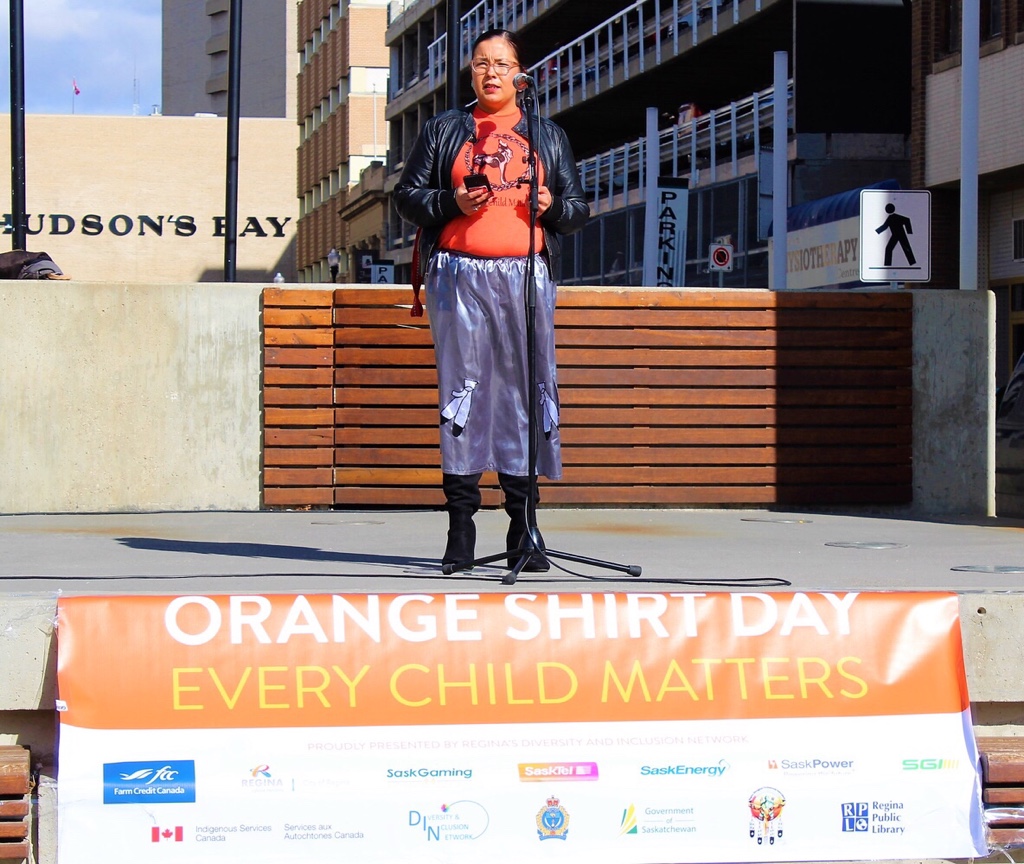 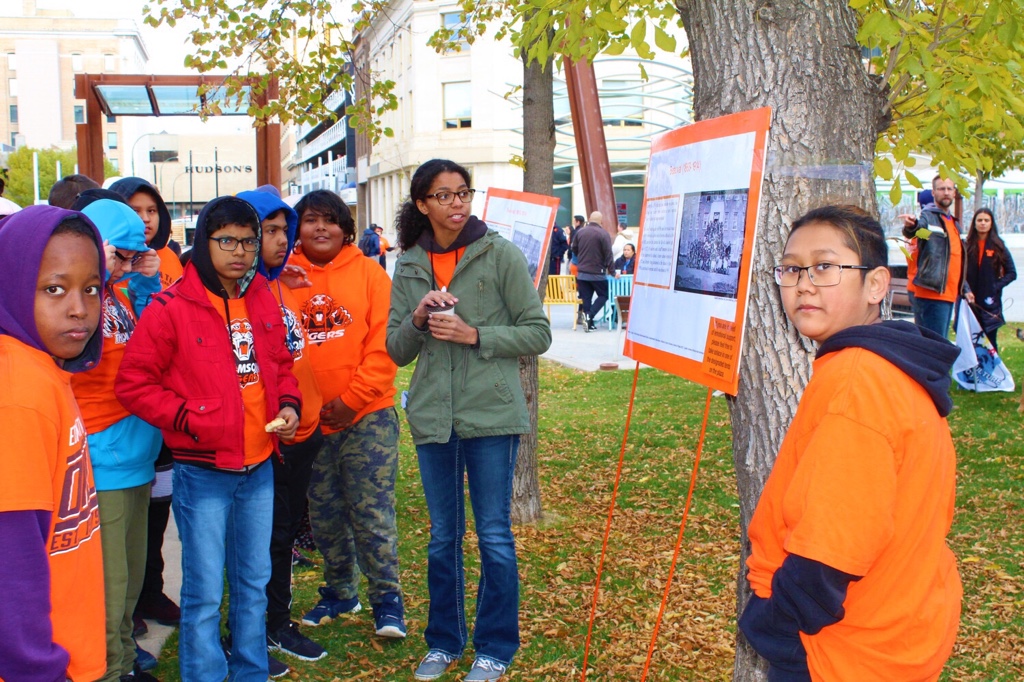 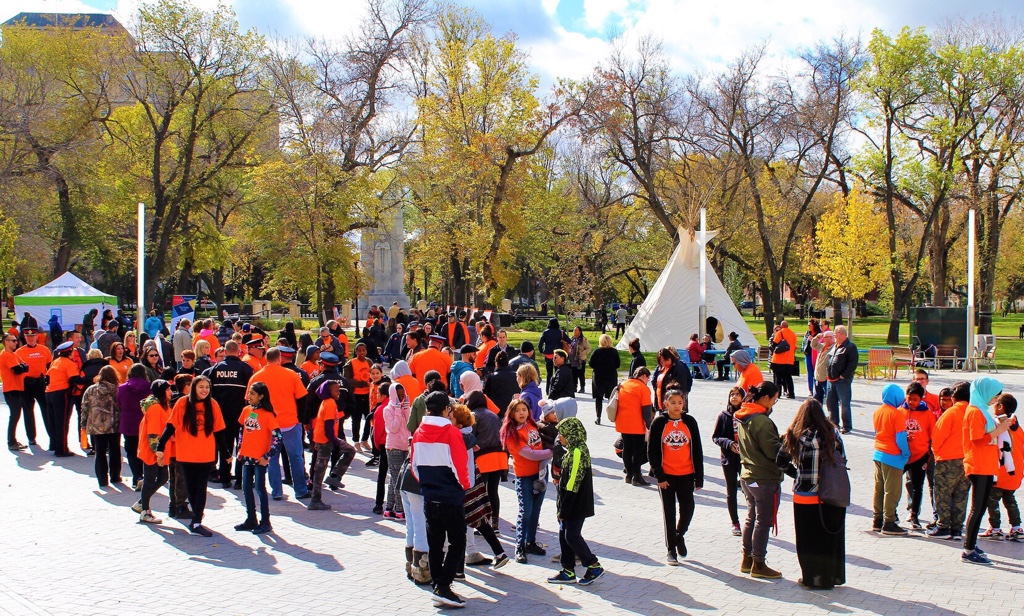 Georgina Lee, a teacher from the Thompson Community School, walked a few blocks with her students to join in on the celebration. She said their school have been working very hard with their grades 6, 7 and 8 students to share some of their thoughts about Orange Shirt Day. The student who spoke were Indigenous and non-Indigenous.

“When I came to Canada, I learned about Canada’s history including residential schools,” said student Layelle, who is originally from Syria. “The experiences the Indigenous peoples faced in the schools needs to be recognized by all Canadian people. Reconciliation is for everyone.”

Amy Seesequasis spoke on behalf of the Office of Treaty Commissioner (OTC) with educational history on what the Indian residential schools were and how it was forced upon Indigenous families in Canada.

Following the speeches, attendees were invited to browse and view the 22 poster boards that were on display throughout Victoria Park which showed information and pictures of all the residential schools that existed in Saskatchewan. Readers had the chance to learn about the different schools that held thousands of Indigenous students who were ripped from their homes, stripped out of their cultures and languages and were forced to assimilate into mainstream society.

The Orange Shirt Day event, organized by Regina’s Diversity & Inclusion Network, ended with a round dance from the Kitchener School drum group singers.

In Saskatoon, the Greater Saskatoon Catholic Schools also participated in Orange Shirt Day as well where Saskatoon Police Chief Troy Cooper, Fire Chief Morgan Hackl, councillor Mairin Loewen, and other community and corporate partners joined students and staff at Bishop Klein School for a brief presentation and a reconciliation walk. The Bishop Klein students each designed an orange shirt that they all wore for the event. The school’s Indigenous drum group, led by Kaylin Tootoosis, performed at the presentation.

The Orange Shirt Day movement is a legacy of the St. Joseph Mission residential school commemoration event held in Williams Lake, B.C., in 2013. It grew out of the account of a young girl having her new orange shirt taken away on her first day of school at the mission.