A First Nation community in southern Saskatchewan has made history as they became the first energy developer in the province. Cowessess First Nation, with support from the Government of Canada, SaskPower and Saskatchewan Research Council (SRC), recently announced on October 10th, the completion of a major solar power installation at the Cowessess Renewable Energy Storage Facility located outside Regina. 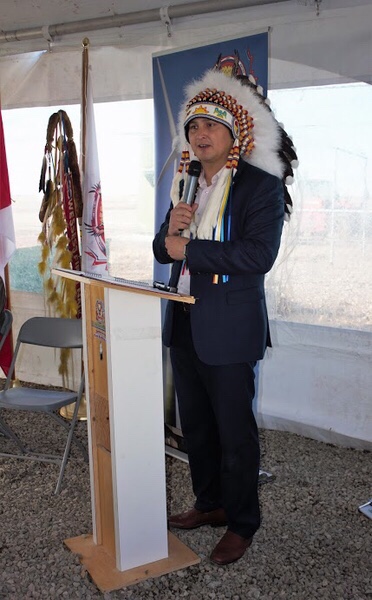 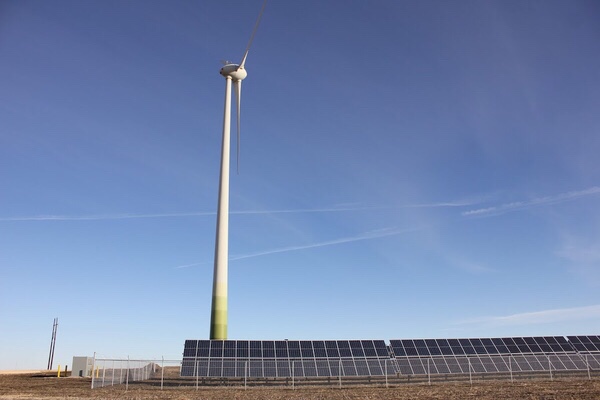 “Cowessess is proud to extend its leadership in Saskatchewan renewable energy development with its commissioning of this solar project,” said Cowessess Chief Cadmus Delorme in a media release. “This project will increase Cowessess capacity as our Nation looks to expand our business interests in areas of energy development, commercial land development and healthcare.”

Thanks to the Cowessess equity from wind project revenues and debt financing from the First Nations Bank of Canada, this solar project was made possible. Cowessess developed the project with continued technical support from SRC and McNair Business Development (McNair).

“Since 2006, SRC has been supporting Cowessess on this project and has since successfully demonstrated the ability of energy storage to create reliable power from intermittent wind sources,” said Craig Murray, SRC Vice-President of Mining and Minerals. “With the addition of solar power, Cowessess has built a renewable energy and storage test facility that will provide long-term and widely sought after technical insights, as well as positive economic and environmental impacts for the First Nation.”