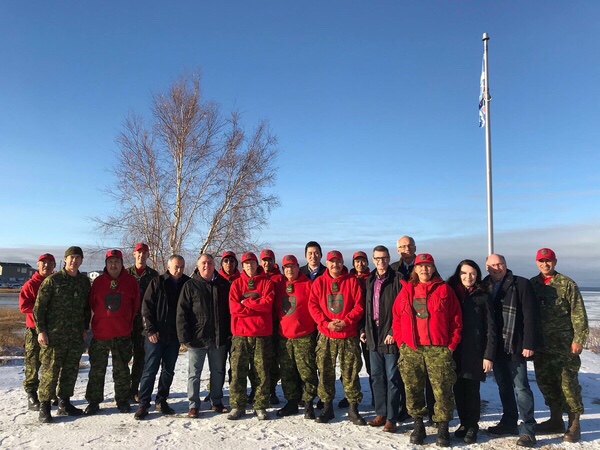 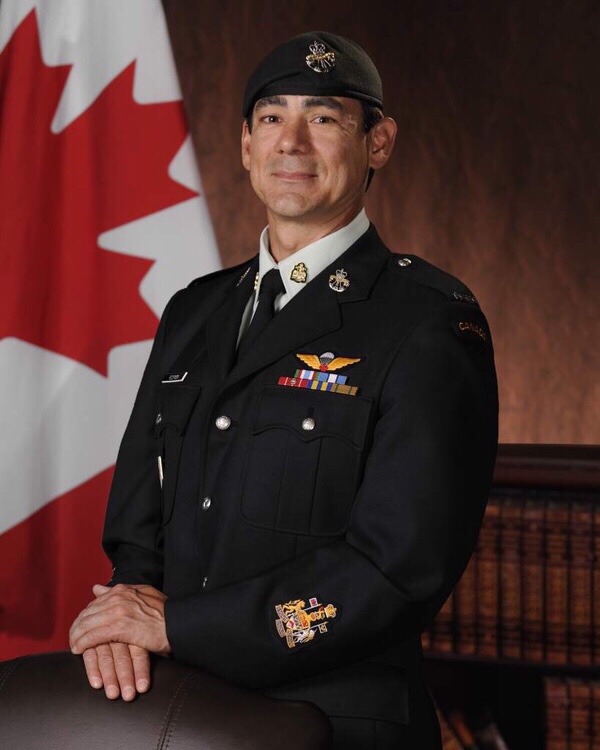 The steady noise of the turbo propellers chops through the air as I travel for the first time to Yellowknife North-West Territories (NWT). From some of the research I have done on my biological family, I have relations in NWT it will be interesting if I meet some. The travel is not as challenging as I thought; it would be a one-hour flight form Saskatoon to Calgary; and a two and half hour flight into the city of Yellowknife. It often takes me longer to fly to Northern Saskatchewan communities, or five plus hour drives to communities.

My reason for this trip is to be an observer to a House of Commons Standing Committee on Veterans Affairs (SCVA), with regards to Indigenous military veterans. This will also be the first time for a number of the Member’s of Parliament (MP’s) who are from across Canada, (two from Saskatchewan) to travel far north.

The committee has been meeting now for almost two years with meetings in Ottawa, interviews with former soldiers and current soldiers; academics; veteran associations from across Canada including the Saskatchewan First Nations Veterans Association. To gather information to table a new bill in the House of Commons, that will better all veterans including Indigenous Veterans.

Yellowknife is located on the shores of Great Slave Lake; Dene First Nations are in proximity to the capital city of NWT. The community of Behcheko FN will be the main location for the meeting with Indigenous members of the Canadian Rangers and the MP’s. The main presence in Yellowknife is the 1 Canadian Rangers Patrol Group (1CRPG), along with Air force; an Army Reserve Company; and NORAD. The Rangers are made up of fulltime soldiers, and part-time civilians who are often former soldiers, community members and leaders who know the ways of the land. In our northern areas the Rangers provide immediate search and rescue missions, and are the Canadian Armed Forces presence for the soverenty of Canada.

As the final landing approach was lining up for Yellowknife it reminds me of Hatchet Lake or Fond du Lac,; with the smaller lakes frozen already and snow covers the ground. I am able to navigate through the city and area, the rock and terrain reminding me of northern Saskatchewan, South-End or Sandy-Bay. What was surprising was that there are Buffalo that roam free here! A number of hazard road signs on the highway to be aware.

The following day I meet with the MP’s making up the committee. All with impressive biographies and experience, from across Canada all three political parties are represented. All very focused on finding out what can be done to better the lives of Canadian Armed Forces Veterans, in particular the Indigenous Veterans.

Having some experience working with Canadian Rangers and the Jr Ranger program, I was very interested to meet the Dene men and women of the 1 CRPG. We met in the community band hall, after introductions were made, this patrol was made up from three different communities, and for the Corporal I was sitting beside this was only his second time to this community.

An informal discussion including topics of benefits; challenges the Rangers may encounter, recruiting, sustainment, quality of life. With some of the senior Rangers having twenty-five and thirty years of service and the youngest with two years. None knew of the services and benefits they were entitled to through Veteran Affairs. The new Commanding Officer and RSM were taking notes, and already planning on new ways of passing this critical information on.

The take away I had was more of a confirmation. These men and women are very proud of their responsibility of being Rangers. A positive reflection of themselves and their community; an opportunity to serve and to be of service. It really is the essence of why most of us in uniform sign up. This day was a privilege to share with 1CRPG members, and to see the government we represent have a sincere desire to make positive change. To witness Members of Parliament provide personal gratitude and appreciation to each of the Rangers is a gift that I am thankful for.

As November 11 is approaching let us take time to thank our veterans, and our current serving soldiers, sailors, airpersons, and Canadian Rangers. Providing security and safety to our communities and our country. Our military is a volunteer force, deployed around the world, and across Canada in every province and territory. I am a part-time soldier in the Army Reserve, and honored to be the Indigenous Advisor to the Commander of the 38 Canadian Brigade Group (38 CBG), I also have the responsibility of Regimental Sergeant Major (RSM) of the 38 CBG Battle School.

During this time in November I think of my friends and family who have served, some who have passed on. Some in battle in foreign land, some in battle with themselves here at home. RIP Wolf, Josh, Chris, Mike, Justin, Shane, Donny. At the going down of the sun, we will remember them. CEDE NULLIS.