Métis educator has made learning personal for 40 years

As you step through the doorway and into the classroom of Métis education leader Cort Dogniez, at St. Michael Community School in Saskatoon, you can tell things are done differently.

In place of desks lined up facing the chalkboard, there are chairs around round tables and in the corner a place that is reminiscent of grandmother’s house.

In fact, it is Dogniez’s kokum’s cupboard, dishes, furniture and family pictures that are central to his Métis Education Resource Centre.

“I try and always do it from a personal perspective,” Dogniez said about working alongside teachers from across Greater Saskatoon Catholic School Division, helping them work culture into their curriculum and providing them resources. “So, when people come in here, it’s about learning about Métis people, but it’s about me connecting to community again and helping people to do that through our story.” 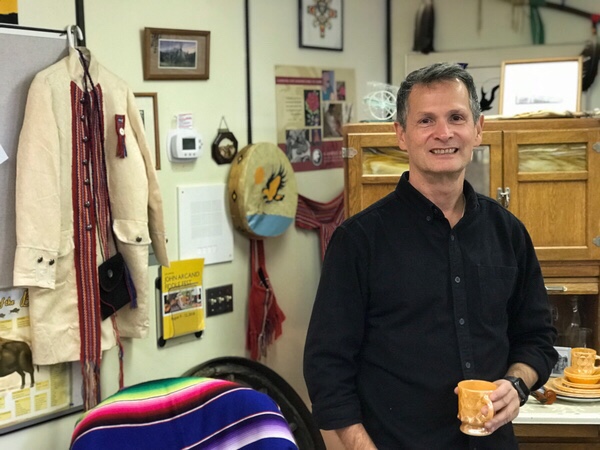 Cort Dogniez stands in front of his kokum’s cupboard in his classroom at St. Michael Community School in Saskatoon.

He has worked in education for 40 years and not just with the school system, but also speaking at conferences, workshops and events. It’s this work in the community that saw him nominated and named a recipient of the Indspire 2018 Guiding the Journey: Indigenous Educator Awards.

“He’s really good, he’s one of our finest Treaty catalyst trainers,” said Brenda Ahenakew, director of educational programs for the Office of the Treaty Commissioner, one of the groups behind his nomination. “People like that deserve recognition, because he goes above and beyond. He’s so passionate and believes in what he teaches.”

“Cort is a proud Métis man who is a leader in teaching Métis culture and history,” said Shirley Isbister, president of the Central Urban Métis Federation Inc, in a text about why they supported the nomination.

“It is always an honour that the people you love, and that you respect, and that you work with are the people who nominate you, that is phenomenal and that what makes it feel so special,” Dogniez said. 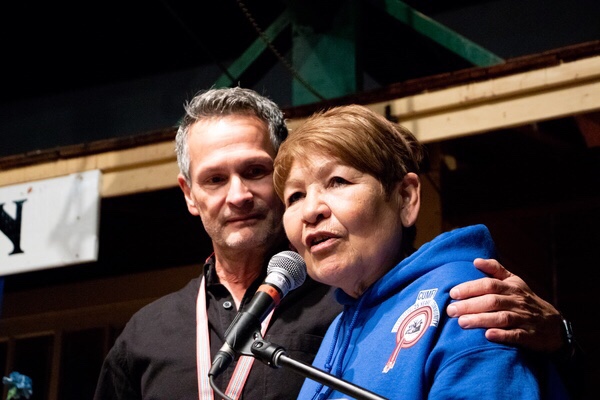 Dogniez said he was initially uncomfortable with the recognition, but now sees it as an opportunity to shine further light on the Métis community and on First Nations and Métis perspectives.

And it hasn’t always been easy to share those perspectives. While he can think of “a million racist things that have happened,” over the years, he doesn’t dwell on negatives from the past because “the resistance comes from people’s lack of knowledge.”

He mentions people refusing to listen during workshops or meetings, even going as far as reading a newspaper. But, that time has passed.

“I don’t see those kinds of things anymore,” Dogniez said, adding that he has seen a significant positive change. “I think a big shift happened with the mandatory inclusion of Treaty education.”

People were open, wanted to learn and Dogniez never held what they didn’t know against them. He said he still starts every seminar by saying, “if you don’t know, I won’t judge you,” and that he instantly sees people relax.

Looking back, Dogniez can’t name one moment where he knew things would be different.

“I have had so many of those , where you almost want to cry you are so excited.”