Indigenous languages are essential to cultural expression and identity, and reflect the diverse histories, knowledge, and landscapes, and culture that make up this country. In Canada, Indigenous language is continuing to grow. According to Stats Canada, in 2016, over 260,000 people were reported being able to speak an Indigenous language – a three percent growth over ten years. 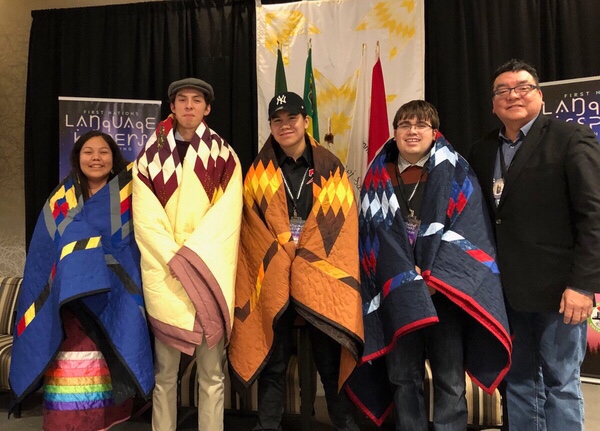 The First Nations Language Keepers Gathering, a conference conducted by the Saskatchewan Indigenous Cultural Centre (SICC) which is aimed to continue to foster and revitalize all Indigenous languages across Canada, was held recently in Saskatoon.

“We know that there’s a lot of people (across Canada) working towards revitalizing language, so we need to gather here and share how we’re all achieving success,” said Melody Wood, Language Keepers conference chair.

“When you look at First Nations people and our identity, it’s very much tied to the land and taking care of the earth. It’s embedded in our languages. The more you speak your language, the better you get to know yourself, your culture, songs, art, everything. So, that’s why we’re having this conference – how do we get our languages back?”

In Saskatchewan, there are eight languages groups, Plains Cree being the most common, with about 30% of its members understanding the language, said Wood. But many of the other languages are endangered, some of which, such as Lakota, only have a small handful of fluent or semi-fluent speakers.

“For a long time, people were trying to get back our languages from this Western context, but it isn’t working,” said Wood. “So, there’s been a shift in the last few years of flipping back to teaching language in our own ways. That’s why land-based education is such an important thing.”

“The traditional knowledge keepers, because their Indigenous language is often their first language, think a little differently (than young generations) in terms of concepts like capitalism, money, time, and land. They’re more connected to the ceremonies,” said Milton Tootoosis, council member/Headman at Poundmaker Cree Nation, who moderated both youth and elder panels at the conference.

Tootoosis said that Indigenous language is important in restoring – an often lost sense of value and self for young people.

“Revitalizing language will give them pride, self worth, and positive self identity,” he said. “Indigenous laws for living a good life are embedding in the language. If you don’t understand the language, you can be misled.”

Indigenous languages in most areas of Saskatchewan are in crisis, said Tootoosis. The Aboriginal Languages Act of Canada (Bill S-212), which would work to advance Indigenous language and language rights, provides hope things may move in the right direction, he said.

Young people, he added, are also providing a sense of optimism.

“The key message we learned from the youth (at the panel) is that there is hope. Even if the young people choose to live in an urban centre, they can still (learn their language) and get their culture back. There are many opportunities to do it. We just need the resources.”

Romeo Saganash, NDP MP, has been pushing for Indigenous speakers at the House of Commons to be welcome to speak their own languages in Parliament, which he said would be a recognition of the historical role of Indigenous people in Canada.

“We shouldn’t be fighting for the right to speak our languages in institutions like the Parliament of Canada,” said Saganash at the conference on Wednesday.

“Language is the expression of thought, of our specific cultural understanding, the link to the past. But also, the key to the future. Language and its renewal play a vital role in the communities to be healed and move forward.”