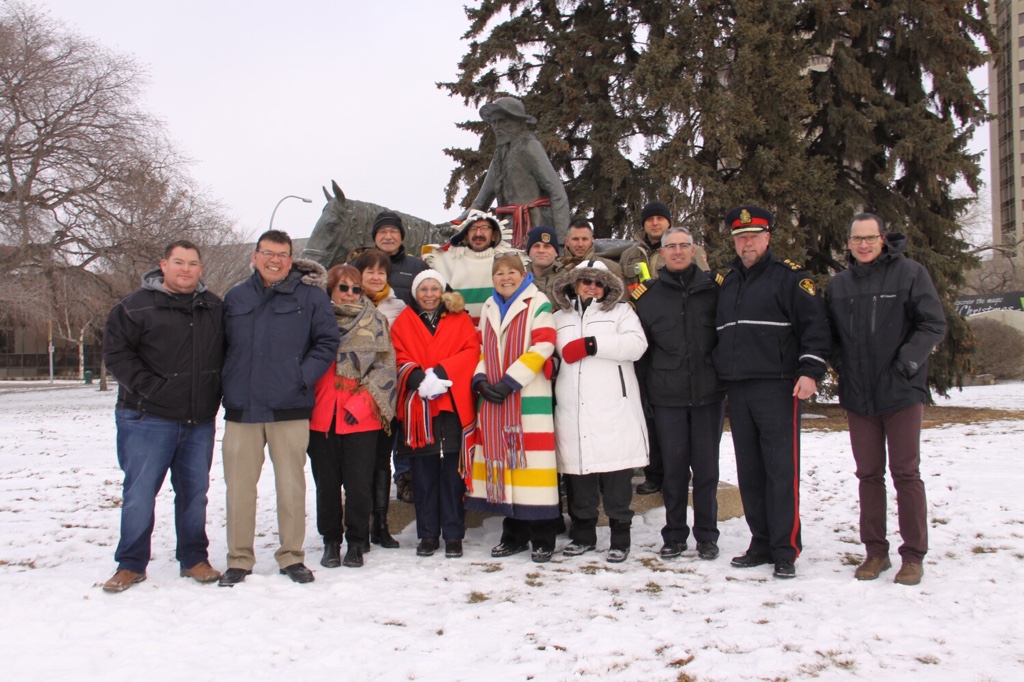 On Friday, November 16th, the 133rd anniversary of Louis Riel’s 1885 state execution, a hardy group defied the wind chill to gather around Gabriel Dumont’s statue on the riverbank in Saskatoon to commemorate the late leader and visionary.

“I’ve been gathering here every year on this day since the statue was first put up in 1978,” said Senator Nora Cummings.

Others gathered around the province in Regina, Batoche, and other communities to recall a man who still represents unfinished business with the government of Canada, and believed in inclusion and justice for all, especially the Métis people.

Past Métis Nation-Saskatchewan (MN-S) politicians Alan Morin and Robert Doucette both spoke from their hearts at the statue gathering. “Louis Riel said at one time in one of his speeches, ‘We make up a small population in Canada, the Métis, maybe 600, 000 or less but we are a free people.’ The Government is trying to create an Indigenous rights framework...without meaningful consultation and engagement,” said Morin. “I think that’s wrong because Louis Riel also said, ‘We will not allow the government of Canada to trample on our rights.’” Morin noted that the 60s Scoop is still happening, kids being apprehended at higher rates than ever, and Métis people were also left out of official apologies, restitution for day schools, boarding schools and Residential schools.

“We’ll have true reconciliation when we reduce Aboriginal people from filling our jails.”

He also listed health, education, housing, saying CUMFI is trying to address these things. Shirley Isbister, President of CUMFI said that while they have gotten some of these negative rates quite low in Saskatoon, the biggest challenge is now addictions.

Métis Police Chief Troy Cooper of the Saskatoon City police noted that he had seen firsthand in his police work what happens “when you take people’s land, you take people’s property, and you push them into poverty” as has happened with the Métis people. 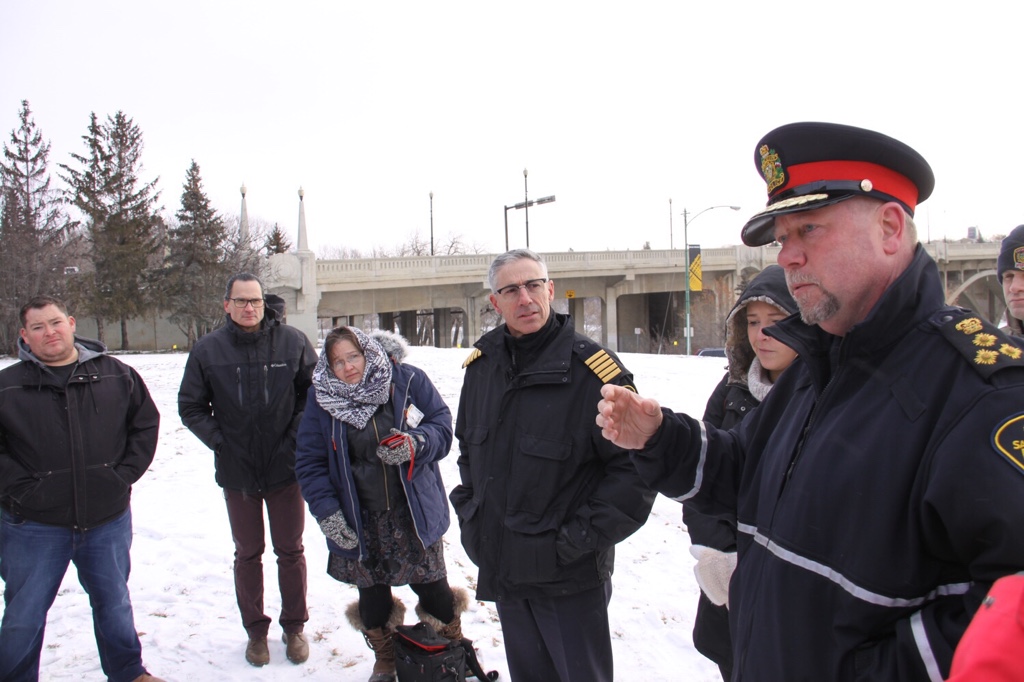 SPS Police Chief Troy Cooper notes when you take away people’s property and disenfranchise them, they end up in poverty, a part of history he says needs to be recognized.

“Taking people’s livelihoods away and throwing them into poverty, that’s what happens and we need to recognize, to me that’s what today is about, recognition of the history that happened with the Métis people,” said Cooper. At CUMFI’s head office, Louis Riel day was celebrated with traditional foods, dancing and fiddling from St. Michael’s School, and a lot of hope for a Métis language and culture program that has been growing steadily. Meanwhile Batoche National Park commemorated the day with programming, the Fransaskoise partnered with Gabriel Dumont Institute to have an evening program commemorating Louis Riel with music, dance, and play excerpts, and the next day GD Local 11 held a family dance and bison feast.