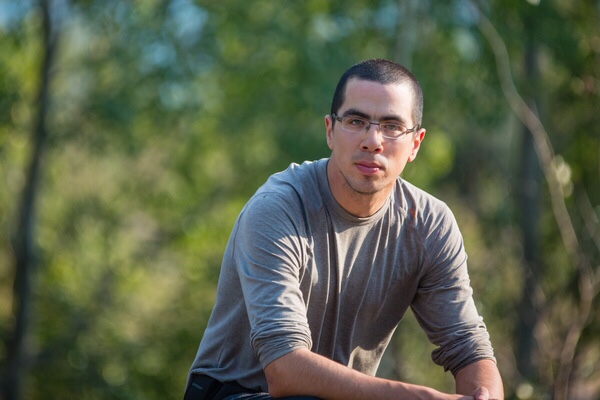 Thomas Lavergne, from St. Louis, Saskatchewan, was recently named one of Corporate Knights Top 30 Under 30 in Sustainability – a list of young Canadians pushing for a more sustainable world.

Thomas Lavergne works to mitigate an environmental issue that few even realize exists. Scattered across northern Saskatchewan are several abandoned uranium sites posing risks to both human health and the environment. As part of Saskatchewan Research Council’s (SRC) Project CLEANS, Lavergne, an Associate Environmental Engineer-in-Training, helps to improve environmental conditions at these sites so they may be used by residents as a resource for trapping, hunting, and fishing.

For his work in making northern Saskatchewan a cleaner, safer place, Lavergne, from St. Louis, Saskatchewan, was recently named one of Corporate Knights Top 30 Under 30 in Sustainability – a list of young Canadians pushing for a more sustainable world.

“I find it really rewarding to go back and repair these sites where damage was done,” Lavergne said. “There’s a lot of sites up north needing remediation. Hopefully we can help the industry change so that we don’t have to go back and clean sites – they’ll continually do it as they’re working.”

Lavergne hadn’t always set out to help northern communities. Five years out of high school, he was living in Toronto when he learned of old sites being remediated, and began to research how he might be part of these sort of projects.

“When I came across environment engineering, I didn’t even know what it was, or that it was an option,” he said.

A handful of years later, Lavergne, a University of Saskatchewan graduate, is part of a 37 site, multi-year, multi-million-dollar project.

Two of the largest sites, Gunnar Uranium Mine and Mill, and Lorado Uranium Mill, Lavergne explained, contained threats to public safety, such as exposed mine openings or contaminants flowing to water bodies, which can affect resident trap lines, fishers, and hunters.

“Our team is really involved with community engagement, we get the communities involved in what we’re doing up there. They have local knowledge and the right to be consulted into the work that’s being done,” said Lavergne. “We try to have an understanding from the local communities of the significance of each particular site.”

In addition to his work with Project CLEANS, Lavergne has led the development of Student Environmental Monitoring Program, which gives young adults living in remote locations hands on experience in science.

“We identified that there’s not a lot of opportunities for young people from up north to get exposed to or experience in environmental related fields,” said Lavergne. The program has had 14 students in three years exposed to a broad range of environmental science as it relates to their remediation projects.

“It’s been a really positive experience. At first the students are quite guarded, but by the end they really open up. We’ve had some students who, by the end of the week, were really excited and wanted to consider going into environmental science,” he said.

“I’m not that far removed from where they are. I want to show them some of the things I wish I knew at the time.”

When considering the distinction, he earned as one of Corporate Knights Top 30 Under 30 in Sustainability – one of only two people from Saskatchewan named on the list – Lavergne displays humility; a quality that likely led to his vocation of serving communities and the environment. He said he has mixed feelings about the distinction because he’s worked alongside so many other people who also deserve recognition. His priority, he said, is his work.

“It’s a team effort. To be singled out made me a little uncomfortable. But still, it was a very nice honour,” he said.

“What I’m focused on now is the projects we’re working on. I want to part of making these 37 cites reach the point where nature can take over. Where the environmental conditional is good enough to allow us to feel comfortable to walk away.”