What an event. The Second Annual Métis Cultural Days hosted by CUMFI Métis Local once again packed the Western Development Museum in Saskatoon for three straight days of Métis culture and community building. Last year, the event won a national award from the Indigenous Tourism Association so the pressure was on this year but President Shirley Isbister and the staff and volunteers from CUMFI delivered again.

“We do this in the spirit of reconciliation, it is important to promote the sharing of cultures. We believe that this event can foster appreciation and support of the Métis artistic and cultural life and promote direct interaction between Métis Culture and the non-Métis public to increase understanding and appreciation of Métis Art and Culture,” said Shirley Isbister. “And it is about food and eating together.” 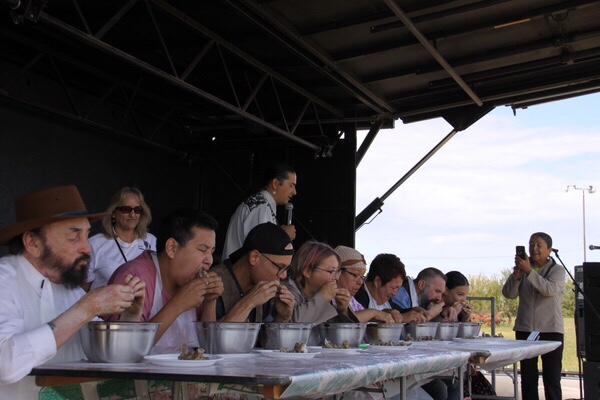 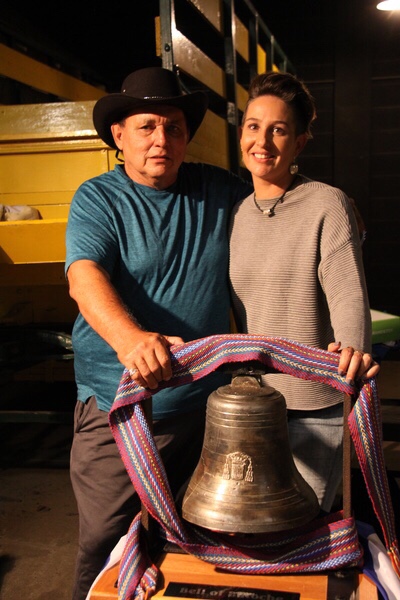 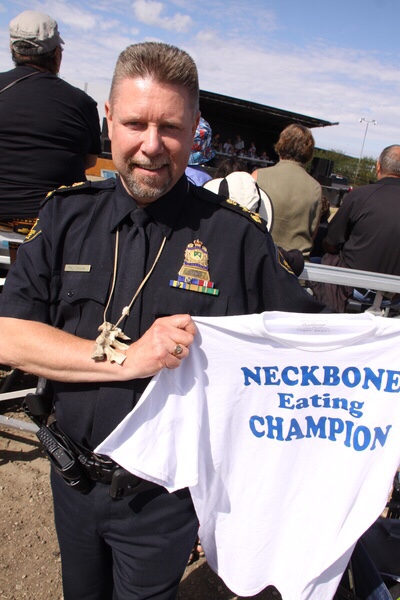 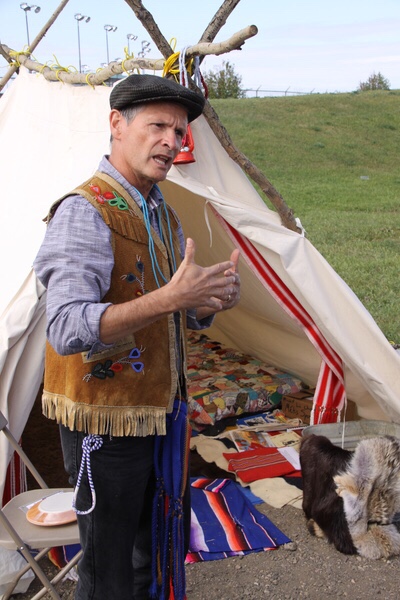 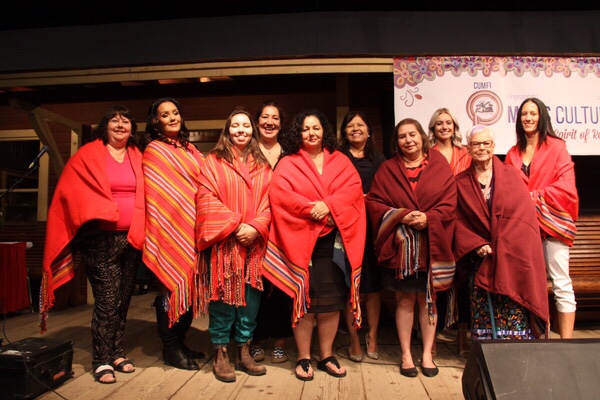 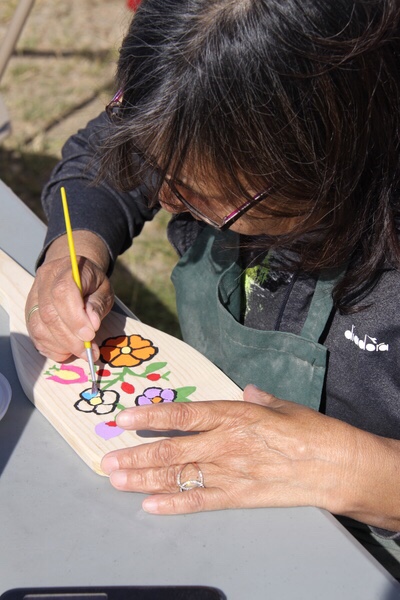 Fittingly, the weekend kicked off with a banquet. The theme was Honouring Our Métis Women and was hosted by the hilarious and endearing Alphonse and Ernestine (played smashingly well by Dwayne Favel and Maureen Belanger). Twelve Métis women ranging from youth to Elder were honoured for their contributions and accomplishments. Artists, activists and educators were all brought forward and wrapped in a Métis style shawl as their achievements were listed. The night ended with an emotional tribute to missing and murdered Indigenous women through the song Red Dress by Mitch Daigneault.

Friday was about children. Over 1500 school children were bussed in from Saskatoon and area for a day packed with events that showcased Métis culture and history. The students had the opportunity to witness cool things like this: Cort Dogniez telling stories from the road allowance. Billyjo De la Ronde telling the story of the Bell of Batoche (Marie Antoinette) and letting the kids even ring her. Elder Norman Fleury speaking Michif and telling stories of olden days. King and Queen Trapper competitions. Jigging lessons from Yvonne Chartrand and the Creeland Dancers. A scavenger hunt to find 12 Métis women and to hear their story.

The food was amazing all weekend. And affordable. There was a free bag lunch for each student. A bannock cheese burger cost $4. Water $1. Fry bread 1$. You could cook a bannock twirl over the open fire for free. Sunday started with a free pancake breakfast. CUMFI always strives to make their events accessible, removing costs for participants when they can. and the staff at the Development Museum delivered great buffets all weekend.

And if you were lucky enough, you could eat all the neckbones you want in five minutes if you were in the neck bone eating contest. The talk of the weekend, everyone had their targets set on defending champion, Saskatoon Police Chief Troy Cooper. Despite heavy competition in the VIP contest from folks including myself, Fire Chief Hackl, Lisa Mooney from Nutrien and even Senator Nora Cummings who showed up with her own bib, Chief Cooper, a regular neck bone eater from way back wasn’t to be denied and he went home with the t-Shirt and glazed neck bone necklace for the second straight year. I got a sympathy third place. I was ashamed. The second contest was diverse and included historic characters like Louis Riel, his sister Sara Riel who is a nun and others including Ernestine, but it was ultimately won by Madelaine Dumont. It turns out Sister Sara Riel, holy though she is, is a very sloppy neck bone eater.

CUMFI also uses this event to raise funds for their elders and youth Christmas party. This takes shape in an art auction. Local artist and philanthropist Ernie Scoles rounded up 20 beautiful paintings and sculptures and businesses donated 20 other items that were up for silent auction. With auctioneer Orest Murawsky cajoling the folks to open those check books, many pieces found new homes and many children will have a wonderful Christmas because of it. At the end of the night, all of the dresses worn by the models who were displaying the art were also auctioned off. Designed, created and donated by Métis artist Lydia Gardiner, all funds raised in that sale will go to women’s programs around supports for families of missing and murdered women.

The event couldn’t be done without the sponsors and the support of the Western Development Museum. Because of the support, the museum was open to the public for free for three days. Besides school children and Métis folk checking out the event, hundreds of ordinary Canadians of all cultures had a chance to live and appreciate Métis culture and community. What a powerful event. Next year it happens September 17 to the 20th. Mark your calendars. I’m starting training for the neck bone competition already.