Delia Opekokew: A woman of many historic firsts 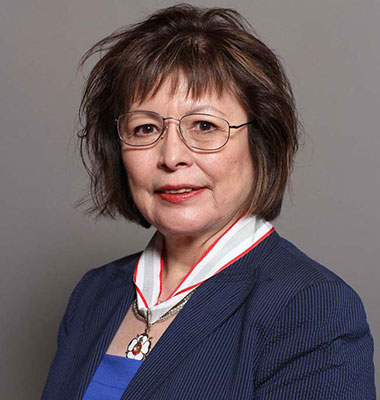 For her trailblazing career of Indigenous advocacy, Opekokew was recently awarded an honorary doctorate of laws (LLD) by the Law Society of Ontario.

“I was honoured and delighted,” Opekokew told Eagle Feather News. “I was so thankful to the law society for honouring me and acknowledging my contributions.”

A member of the Canoe Lake Cree Nation, Opekokew has 40 years of fighting for Indigenous people and their rights. Her career started here in Saskatchewan, prompted by a poster she saw in Winnipeg inviting Indigenous students to apply to the U of S native law program. But her early days in law school meant encountering some new and dubious concepts.

“I found it horribly difficult. Not so much the studying, but the cultural clash,” she said. “But there was no way I was going to quit this. I'm going to survive, so I studied intensely.”

Opekokew said that early lessons in property law didn't consider Indigenous people and their inherent rights to land. She also struggled with corporate law, for which she said as an Indigenous person, she had no familiarity with.

After being called to the bar, Opekokew has gone on to tackle several momentous cases. Early in her career she fought for the recognition of residential school survivors. In 1995, she initiated legal action on behalf of “Dudley” George, an Indigenous activist who was shot and killed by police.

“That (Dudley George case) became an important and invaluable piece of my life. Because I worked hard and took on challenges,” she said.

Opekokew has also litigated a case which led to a major financial settlement for neglected First Nations war veterans.

“It’s absolutely important for Indigenous people to have Indigenous representation,” she said.

She says she still has a passion for the challenges that each case she takes on brings. This passion, as well as keeping a strong connection to her culture, is what has allowed her to be such a trailblazer in Canadian law.

“I learned very quickly that it’s important to maintain good relationships with family and friends, and I’ve made a concerted effort to do that. To retain my Cree values, my language, my culture.”