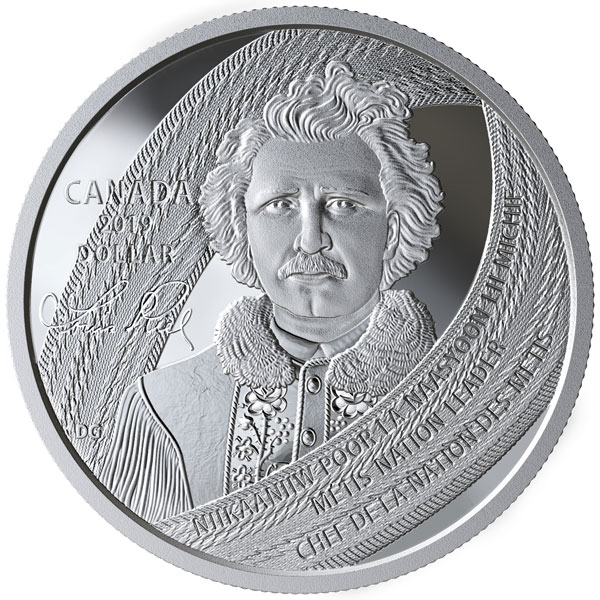 The coin acknowledges, honours and celebrates the unique history of the Métis Nation. It commemorates Louis Riel's place in history, is a celebration of the cultural legacy of the Métis Nation and its resilience. It’s the first Canadian legal tender featuring Riel and the first with the Michif language.

“I am honoured to have participated in this coin design. It remembers and honours not just our leader, but also the resilience of the Métis people.” David Garneau, Artist

The Mint worked with President Clément Chartier of the Métis National Council, President David Chartrand of the Manitoba Metis Federation and Norman Fleury for guidance and collaboration in the tale of two nations whose histories are intertwined.

“The Royal Canadian Mint's coin pays fitting tribute to the eternal leader of the Métis Nation. Louis Riel's vision and sacrifice not only shaped the struggle of the Métis people to secure their place within the Canadian Federation but also gave birth to western Canada itself.” Clément Chartier, President of the Métis National Council.

The Special Edition Proof Dollar is one of the Mint’s most popular annual offerings. It is crafted from 99.99% pure silver.  The obverse features the effigy of Her Majesty Queen Elizabeth II by Susanna Blunt. Mintage: 15,000