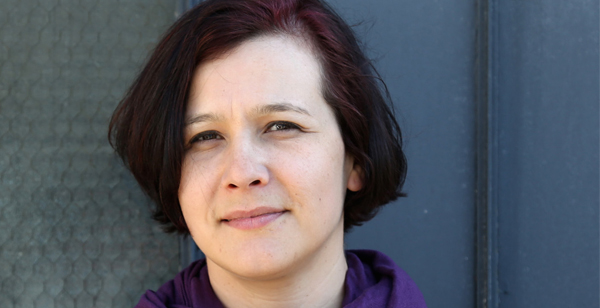 It's a dark part of Canadian history, marked by poverty and oppression, that two writers are using to shine a light on the fortitude of Métis people.

After the Northwest Resistance in 1885, many Métis people were dispersed into the fringes of parkland and forested regions throughout the prairies, while others began establishing communities on Crown land. As this land was intended for future roads, the Métis who created makeshift communities were called 'Road Allowance people'.

Life for the Road Allowance people was stark. Houses were often uninsulated and built with recycled materials; families were often forced to leave their homes with little notice; workers were paid minimal wages or bits of food for doing physical labour; impoverished Métis were often fined or jailed for fishing and hunting without a license; children lacked educational opportunities and were subject to racism from the settler communities.

“I really wanted to bring focus on the Road Allowance, which I think is this bizarre genocide-by-bureaucracy era that was actually very violent and devastating,” said Métis author Katherena Vermette.

“All of our nation's history need to be introduced to everybody. Often what's told about us is very different from that story that actually happened to us.”

Vermette's new graphic novel, Road Allowance Era, is the fourth and final book in the series, A Girl Called Echo, in which a 13 year old Métis is transported through time to experience significant periods of Métis history. The four volumes cover the Pemmican Wars, the Red River Resistance, the Northwest Resistance, and the Road Allowance.

In Road Allowance Era, Vermette takes her readers from the trial and execution of Louis Riel, through the Road Allowance period in the early 1900s, to present day – all of which is deeply connected to who

the Métis are now, she said.

“We're still feeling the affects of Road Allowance now, the affects of the execution of Louis Riel, it's still very much in the politics, it's engaged in our lawsuits. It's why we are where we are,” she said.

“People built homes and communities, and for arbitrary reasons, were told to move. Generations of people were displaced, often with huge impacts felt over generations.”

In researching the Road Allowance period for her novel, Vermette spoke with historians and Métis scholars, and read volumes of first hand experiences from people on the Road Allowance. Her novel concentrates largely on events in Manitoba, including the tragic burning of Ste. Madeleine in 1938, in which a Métis community was burned as part of a federal government program designed to clear land and create pasture for settler farmers.

“Unlike the Red River Resistance or Northwest Resistance, which were armed insurrections where people were fighting on a battlefield, what disturbed me about the Road Allowance era, it wasn't the same type of fight. It was a bureaucratic fight. It seems like it's not as deadly, but it is. It's this slow erosion of our rights and slow desolation of our communities.”

The idea with her graphic novel, said Vermette, is not only to engage young minds with important Métis history and culture, but to inspire youth through the resilience and strength shown by those who lived through the Road Allowance era.

It's a similar purpose to that of Wilfred Burton, a Métis writer and educator from Glaslyn, Saskatchewan, whose two children's books about the period, Road Allowance Kitten, and Road Allowance Kitten: Broken Promises weigh this complex history in an accessible way for young minds.

“I wanted to engage younger children with this quite devastating story, yet have them engaged, interested, and even have some hope. That's how the cat came into the story,” said Burton.

The two books follow history through the eyes of two young children and their kitten, as they're forced out of their homes on the Road Allowance and relocated to unfamiliar parts of the province.

“This is a part our history that need to be exposed and remembered. It needs to be part of the curriculum in our schools.”

Burton, who has worked in education since 1979, including stints at SUNTEP and consulting with Regina Public Schools, is well aware of the gaps in Indigenous history. He said he is constantly finding out from people what was left out of their education on Canadian history. And, prior to his two Road Allowance books, there were no stories for young children on the subject.

“I was familiar with the stories because growing up, we had 39 children in my grade one class, about a third of who were Métis. By the time we were in grade 4 or 5, it was just me and my cousin because the rest had been kicked off the Road Allowance.”

Through his career, Burton said colleagues and students would tell him their own stories of the Road Allowance, all of which were unique but shared a common theme of trauma and resilience.

“At the end of my book, the cat has her own kittens. It's a metaphor about our people. We are resilient, we bounce back,” he said.

“So I feel its important for this story to get bigger and bigger, with more and more voices over time, so we can come to a greater understanding of what the government did to our people.”