Michelle Bigwolf is one busy woman with many part-time jobs. She enrolled at SIAST to get her Adult 12 Basic Education. While studying, she was elected president of the SIAST Kelsey Aboriginal Student Association for 2012 - 2013 and at the same time was raising three young children. 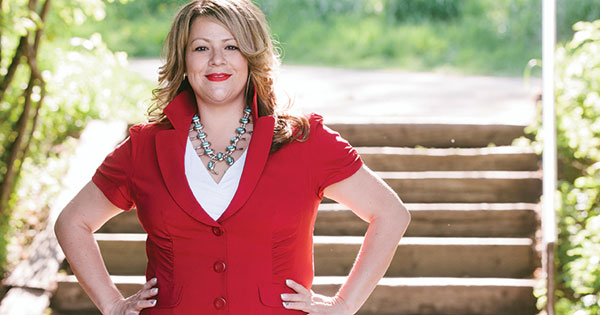 She also made time to participate in several important volunteer initiatives at school, including a Métis flag-raising for the commemoration of Louis Riel Day, the Christmas hamper giveaway, and hosting 150 Aboriginal students from across Canada for a national "Indspire" event held at SIAST Kelsey Campus.

Bigwolf says self-reliance for herself and her family was a big motivator for returning to school, and her very full schedule proves she already "gets" the reliability part.

How does she do it? "Hard work and the Aboriginal student centre," she replies. "Those have been a huge part of my success.

I now am convinced that through education, I can be anything I want to be. Nothing is going to stop me."