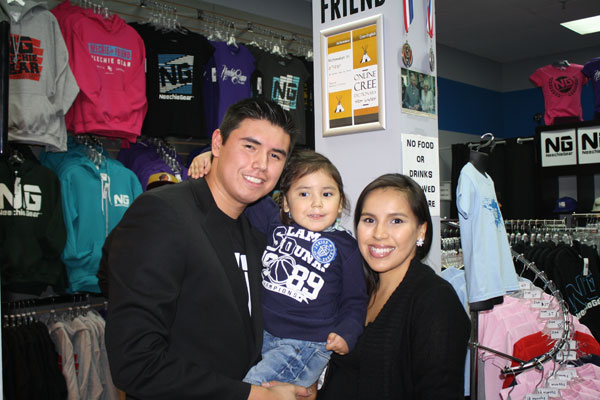 You can’t walk through a school or sports arena in Indian Country without seeing someone wearing Neechie Gear. The hugely popular clothing brand was created by entrepreneur Kendal Netmaker who is originally from Sweetgrass First Nation, but his brand, and the success of it, has taken him around the world.

Today Kendal was in Ottawa as The Honourable Andrew Scheer, Speaker of the House of Commons, acknowledged this year’s Indspire award recipients. Kendal is the fitting recipient of the 2015 First Nations Youth Award. 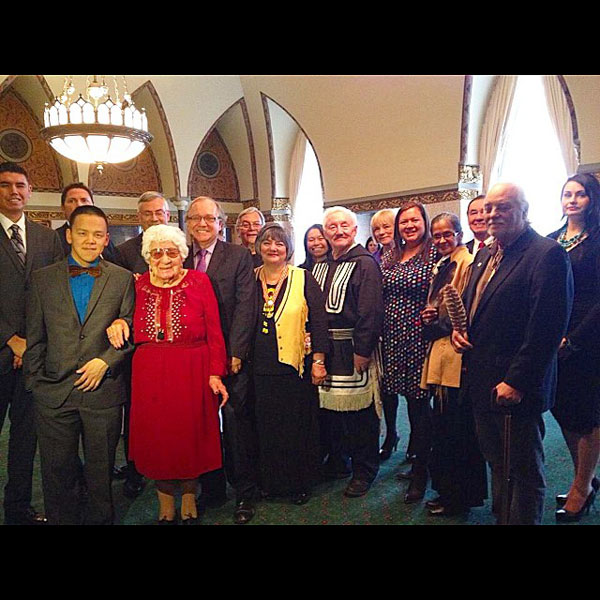 Kendal has built Neechi Gear into a lifestyle apparel brand that empowers youth through sports. A portion of profits help underprivileged kids to play sports. Kendal has received both entrepreneurial and chamber of commerce awards. To date, his company has contributed over $15,000 in donations and has helped over 2,500 youth across Canada take part in sports.

“Receiving an Indspire award is truly an honor and is motivating to keep doing what I do for a living!” said Kendal over Messenger from the House of Commons. All of that success and he is still a very humble young man but he did note his wife was very proud of him.

"Over the course of their professional careers, these individuals have made distinct, enduring contributions to their communities and to the entire country," said Roberta L. Jamieson, President and CEO of Indspire and Executive Producer of the Indspire Awards. "The Indspire Awards also salute the future by acknowledging the achievements of three Indigenous youth, so they can serve as role models for their peers. We are proud of each recipient and are honoured to be able to share their stories with all Canadians."

The 2015 Indspire Awards recipients are as follows:

The 2015 Indspire Awards gala will be held on February 27, 2015 at the Southern Alberta Jubilee Auditorium in Calgary. The gala ceremony will air at a later date on Global Television and the Aboriginal Peoples Television Network (APTN), the returning exclusive broadcast partners.