Performance on anniversary of Riel's death gives him new voice 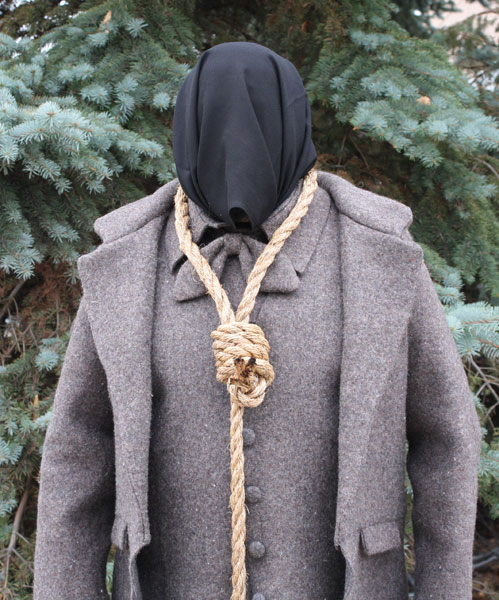 The creative process began years ago, and continues to develop for a performative piece that Métis artist David Garneau has prepared. This November 16, The Dunlop Gallery will be presenting Garneau’s performance in Victoria Park. The performance will be a representation of dialogue between Garneau, dressed as a statue of Louis Riel, and the statue of J.A. MacDonald that currently stands in Victoria Park. On the anniversary of Riel’s hanging, Garneau will use his artistic talent to bring Metis history to life and to give Louis Riel a voice for the public to hear.

David Garneau is Department Head and Associate Professor of Visual Arts at the University of Regina. His work focuses on painting, drawing, curation and critical writing. Garneau has an extensive exhibition record and his paintings are in collections including the Canadian Museum of Civilization, The Canadian Parliament, and the Indian and Inuit Art Centre. He has curated several large group exhibitions, contributed texts to numerous catalogues and journals, and has presented talks and lectures internationally. Garneau is currently working on curatorial and writing projects featuring contemporary Aboriginal art exchanges between Canada and Australia.

Why has the city of Regina never honored Louis Riel? This is a question that David Garneau, a Metis artist, has contemplated since he moved to Regina sixteen years ago.

Garneau is the great-great grandson of Laurent Garneau – a soldier in Riel’s Red River Resistance in Manitoba in 1869-70. Laurent Garneau moved to the Edmonton area where his homestead overlooked Fort Edmonton. He was arrested for his role in the Resistance, almost hanged, but later released.

David Garneau was raised in Edmonton, listening and learning Metis history, and was taught the many roles that Metis leaders, such as his ancestor, played in the formation of the western provinces. When he moved to Regina as an adult he was aware of the statue of J.A. MacDonald in Victoria Park, but often wondered why there was no statue of Louis Riel – a defining leader who played an important role in the formation of the province of Saskatchewan.

For many years, Garneau considered how to raise awareness about Metis history and advocate for recognition of Louis Riel in Regina. He brainstormed ideas about how to use the statue of J.A. MacDonald in a performance piece. He thought about how to tell the story of Louis Riel in a short, concise, meaningful way. He visited the statue of MacDonald and imagined what the two men would say to each other. Garneau also read through Louis Riel’s letters and poems to better understand the Metis hero. 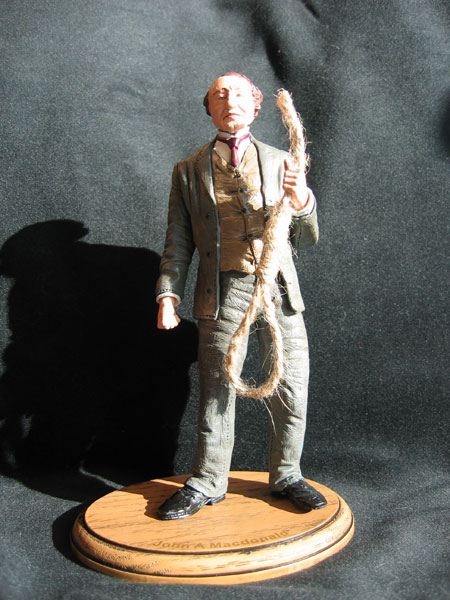 Garneau says that he is still developing the final plans for the performance, but it will be a representation of both Metis and Colonial cultures. The presentation will include Garneau’s acting, a military drummer, a hand drummer, and will be about twenty minutes long. Garneau hopes to create public awareness of the role of Metis in Canada’s history, and more so focus on Louis Riel’s role in the province of Saskatchewan.