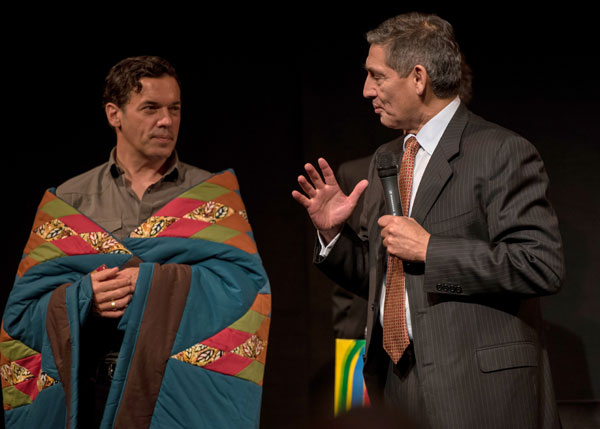 The Office of the Treaty Commissioner is proud to announce that the Canadian Race Relations has chosen the Treaty Curriculum Renewal project, “We Are All Treaty People” as the recipient of the Award of Excellence in the Aboriginal category.

The award recognizes the role the curriculum has played in building positive race relations and building awareness and understanding of Canadian values and identity that are reflective of the Canadian diversity.

In 2008, Saskatchewan Premier Brad Wall announced that teaching Treaties in the Classroom will be mandatory, a first for any province in Canada. The Saskatchewan Ministry of Education and the Office of the Treaty Commissioner teamed up for this project that supplies curriculum and training for teachers. The "We Are All Treaty People" project incorporated the teaching of Treaties into every grade from K-12 in all Provincial and First Nations schools in Saskatchewan.  The goal of this initiative is that all citizens of Saskatchewan will recognize that “We Are All Treaty People”.

The Award will be accepted by the OTC Curriculum Renewal Project Coordinator, Susan Beaudin at the CRRF special Awards dinner in Ottawa on Tuesday, November 18.