Another award for Kendal Netmaker 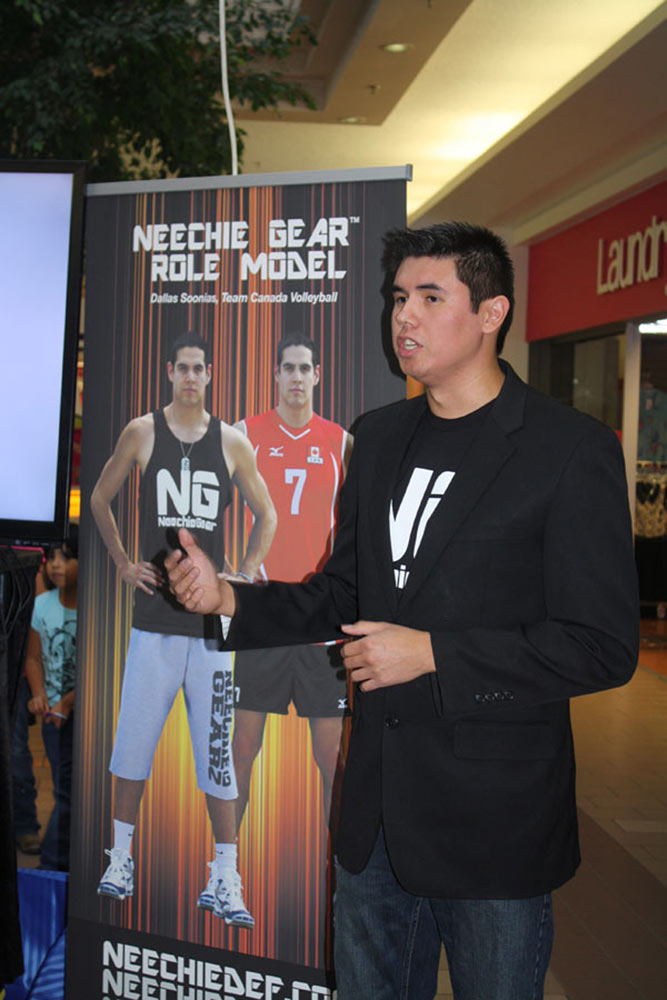 The Canadian Council for Aboriginal Business (CCAB) and ESS Support Services Worldwide recently announced the 2015 recipient of the National Youth Aboriginal Entrepreneur Award.  Kendal Netmaker owner of Neechie Gear Inc. from Sweetgrass First Nation now has another honour to put on his mantle. The award recognizes an up-and-coming Aboriginal entrepreneur under the age of 35.

"I am very honoured to be recognized as the National Aboriginal Youth Entrepreneur 2015 and I hope that it shows up and coming entrepreneurs that anything is possible as long as you work your butt off," said Netmaker of his good fortune. With his Neechie Gear brand making him very successful, Kendal has regularly sponsored youth sports and community events and he never passes on an opportunity to share with young people his incredible story.

“Kendal Netmaker is an inspiration born of hard work and the commitment to live and build his dream” said Erin Meehan, President of ESS.

2015 marks only the second year of this exciting new award. “Kendal is the new face of Aboriginal business, it’s a young face reflecting our people and the optimism that his success represents to all Aboriginal Canadians young and old,” JP Gladu CCAB President and CEO stated.

Recently, Netmaker was honoured with the Indspire Youth Award.