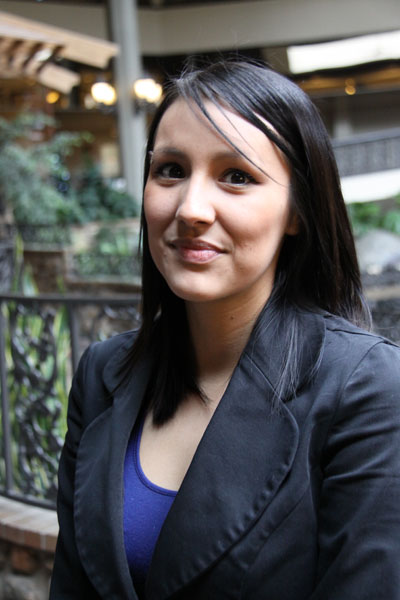 Saskatchewan entrepreneur, Devon Fiddler, of Waterhen Lake First Nation, has launched an Indiegogo campaign with the hope of taking her company, SheNative Goods Inc., to the next level and making a big difference in the lives of Indigenous women in Canada.

“It has always been my dream,” says Fiddler, “to create a platform for everyone to celebrate the Indigenous woman, hear her story, and support her in ways that are life-changing and everlasting. SheNative is that platform.”

Through Indiegogo, SheNative aims to raise $100,000 to establish a production site in Saskatoon that will employ local Indigenous women: a pattern-maker, a sewer, and a designer.

For now, SheNative’s flagship product is a series of luxury, designer handbags. Why handbags? “Well,” says Fiddler, “handbags are a fashion accessory and an extension of a woman. And, like Indigenous women, our bags are ‘Native on the inside’ and ‘modern on the outside.’ I want to make a statement with our handbags that Indigenous women are proud First Nations people who are contemporary, smart, savvy, and progressive.”

Fiddler invites all people who embrace the SheNative philosophy to contribute to the Indiegogo campaign, purchase SheNative handbags, and change the story of Indigenous women.

“I started SheNative,” asserts Fiddler, “so that I could give back and reshape the perception of Indigenous women. I want to create change in people’s lives through our handbags. But at the end of the day, SheNative is all about women helping women. It doesn’t matter who you are. Let’s help each other out. Support us so we can empower Indigenous women in Canada. Let’s kick start this movement together!”