Keeper of history: A graduate from the class of 1998 shares his story 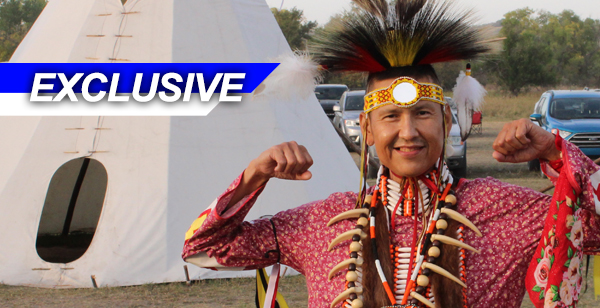 Ivan Isaac says culture has made him stronger. Photos by Abreana Deneyou

Despite what many have come to believe, Canada’s last Indian Residential School closed its doors in 1998 and not 1996 as previously stated in many sources, including Google.

In 1884, the Residential School located in Lebret, SK opened its doors and was operated by the Roman Catholic Church and funded by the federal government. It did go through name changes and control was eventually turned over to the Starblanket Cree Nation. The school’s closing was recorded in an article written by Trevor Sutter with the headline, “Deal struck to close province’s last residential school” and was published on July 2, 1998.

Ivan Isaac proudly sports an orange medallion when he dances powwow because it serves as a reminder of his own story as a Residential School Survivor.

He graduated from Whitecalf Collegiate in 1998 and is among the very last students to be in an Indian Residential School (IRS). 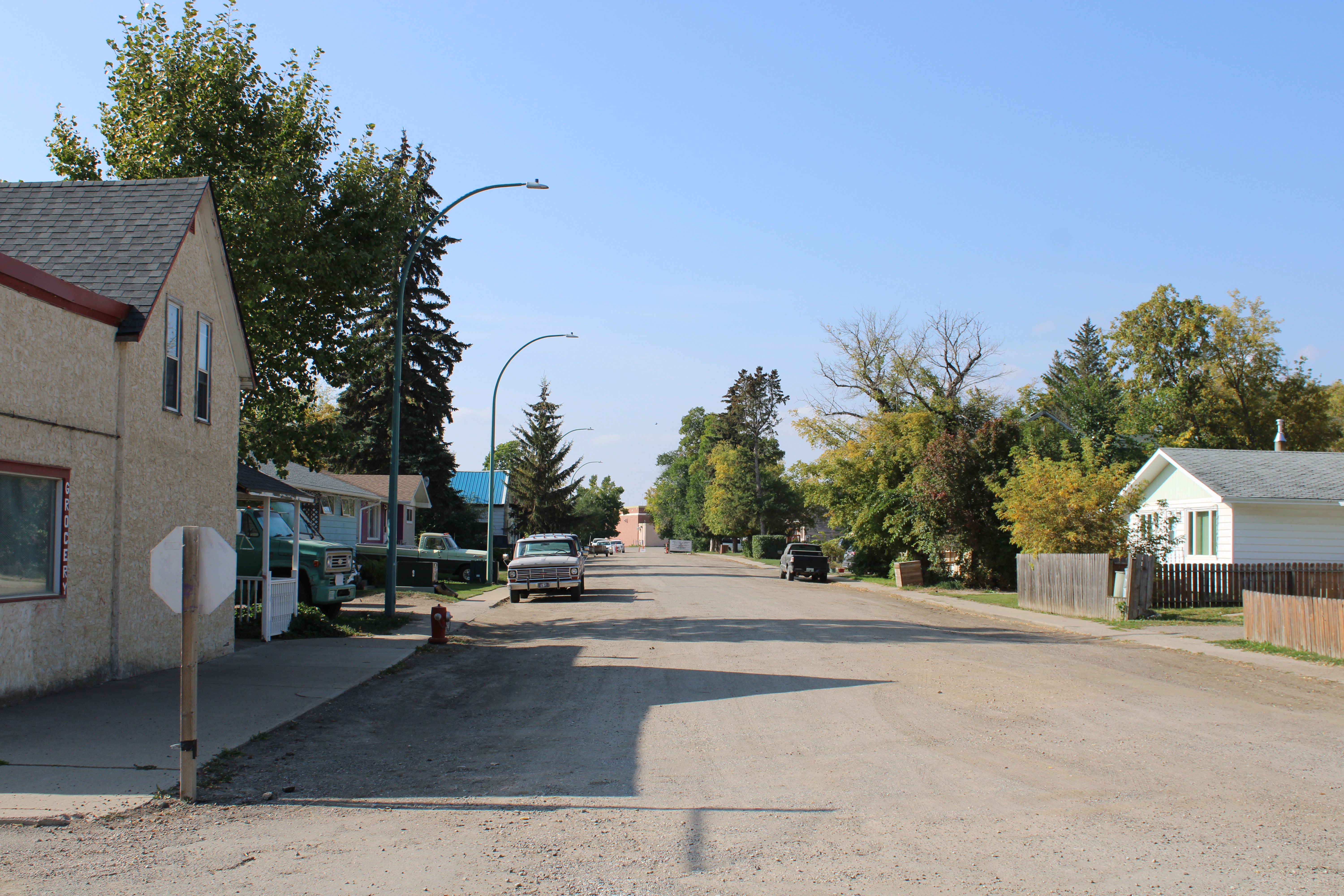 The street that led to the Lebret residential school, which was demolished in 2000. All that remains is the old school gymnasium and hockey arena. Photo by Abreana Deneyou

Isaac was at the Marievel IRS in Grade 2 then the Gordon’s IRS.

He was happy to go to Lebret because it had a reputation for sports excellence.

“I didn’t have a problem per se,” said Isaac. “For other students who didn’t play sports, they kind of had it rough. We didn’t get special treatment, but we got to do things. If you played sports, you got to go off the grounds.”

When he started his senior year in high school, he had no idea it would be the last year the school would operate.

Back then, Isaac was obsessed with hockey and that’s all that mattered to him.

The caption of his Grade 12 yearbook photo says, “Ivan’s future plans include playing Junior ‘A’ hockey with hopes of winning a scholarship and furthering his education.”

He was so fixated on that goal he quit school and moved to pursue hockey.

“I thought I was going to be a superstar hockey player and that was it,” said Isaac. “I didn’t care about anything else.”

Fortunately there were people who did.

Fran Quewezance spent 16 years at Lebret as a boys supervisor and was known as Franny.

“He came out (to where I was) and drug me back to the school and made me graduate, so I’m really, really thankful for Franny,” said Isaac.

For the most part, his time in Lebret was good.

“I had a few rough encounters, but I’m sure everyone did; nothing that would make me very, very upset,” said Isaac.

He experienced both the good and the bad at Residential School and it’s left him with mixed feelings.

“When I started, it was our people doing harm to our own people and student-on-student abuse was happening a lot when I was a little kid,” said Isaac. “I didn’t have a very good first few years at Residential School but the ending was good.”

Although he misses his classmates, there are moments when he’s still triggered.

“It was more or less sink or swim in those places,” said Isaac. “We were just kids who basically raised each other.”

He said, back then, Residential School was the only option for many kids like himself.

“I remember in Grade 4, I went to a (public) school and I absolutely hated being an Indian and I wanted to be white,” said Isaac. “I hated the smell of grease bannock because it made me feel poor.”

So he returned to Residential School.

“I don’t mind talking about some of this stuff because it’s good to educate people but it’s tough to remember some of the things that happened,” said Isaac.

He admitted to abusing alcohol and drugs as an adult to help him cope.

However, things turned around seven years ago after meeting his fiancé Lianda Tanner.

“It’s amazing what you can do when you have a strong support system,” he said.

Around the same time is when he began his healing journey.

He started attending ceremonies and received his spirit name. Isaac has now dedicated his life to becoming a better man emotionally, mentally, physically and spiritually.

About two years ago he decided he wanted to dance powwow and began working on his regalia.

Tanner has noticed a big change in Isaac, which she believes is a direct result of him making the decision to reconnect with his culture.

Over the summer he stepped into the dance circle.

Isaac said it was a powerful moment for him and it just felt right.

“When he is out there, it looks like he has been dancing his whole life,” said Tanner. 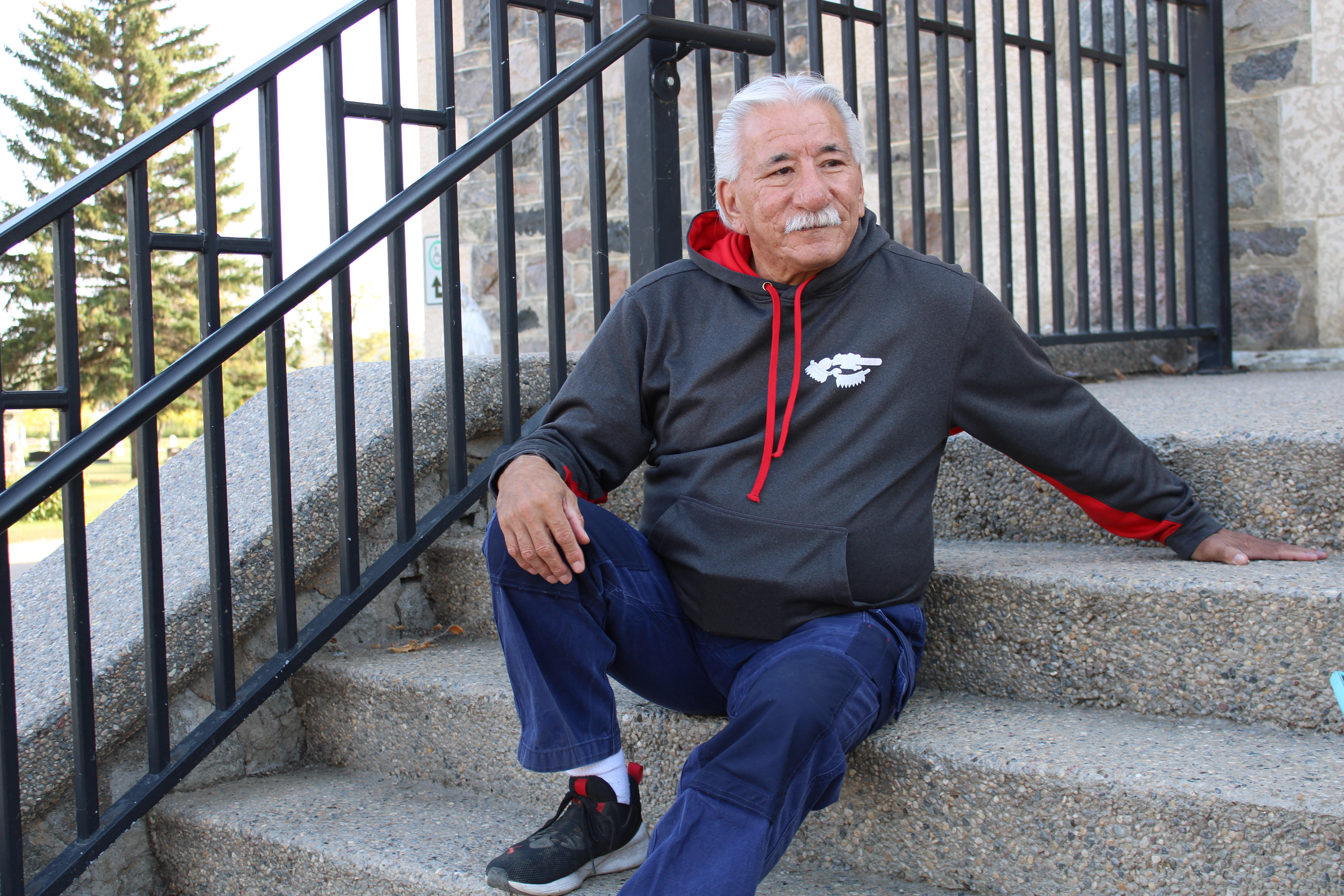 Fran Quewezance sits on the church steps in Lebret; he was a staff member at the residential school from 1982 until it closed in 1998. Photo by Abreana Deneyou

His natural abilities have not gone unnoticed.

In fact, Isaac placed third in his category at his very first powwow.

However, for him, it’s not about winning. It’s about healing his spirit.

Not only has he reconnected to his culture – he has discovered his calling.

“I want to help kids with no voice,” said Isaac.

He knows what it was like to feel helpless as a child.

“We used to have to do cross country, run for fruit like apples just to eat in Gordon’s,” said Isaac. “I used to tell people, ‘I’m hungry. I want to eat.’ They would say, ‘No you have to go run 5 kms first.’”

He doesn’t want other young people to feel that same pain.

“I didn’t have a voice when I was a kid, so I want to be a voice for the kids now,” said Isaac. “I’m going to scream for them too.”

He says reconnecting to his culture through dance and ceremony is saving his life.

“I’m so blessed right now,” said Isaac. “Our culture is the way. I’m not going to stop.”

He’s thankful for his experiences because it’s an important part of history that shouldn’t be forgotten.

Isaac says everyone who has gone through Residential School has a story and you can’t assume you know it.

“Sit and listen to Survivors.”