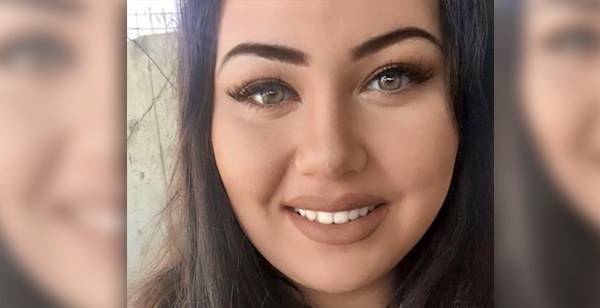 The incident is said to have happened last month at the La Ronge Health Centre and RCMP detachment.

CAP Vice-Chief Kim Beaudin said Kammermayer was inappropriately treated by the hospital and the police because she is Indigenous.

“It’s also a case of systemic racism in our healthcare system, unprofessional conduct by the RCMP and police brutality,” he said. “All because of a mother, an Indigenous woman, who was trying to get attention for her son.”

Kammermayer said she took her two-year-old son to the hospital on Dec. 29 after he injured his arm.

When the attending doctor refused to authorize an x-ray, an argument ensued and police were called.

“I was punched in the head about four to five times and once in my face,” she said. “One of the officers grabbed me by the hair and threw me to the ground. I was in shock and trying to squirm free. One of the officers placed their knee on my neck and I couldn’t breath. Only after I stopped screaming did the officer remove his knee from my neck and my shoulder.”

The La Ronge mother said things worsened still when she was taken to the RCMP detachment.

“Upon arriving to the detachment, the officers threw me onto the ground, lifted me by the hair and told me to, “hop like a bunny,” to my cell while laughing. I felt as if my limbs and neck were being torn apart. I was screaming in pain. It was worse than childbirth.”

Kammermayer was originally charged with assault, assault of a police officer and resisting arrest.

Police have since added the charges of uttering threats, assault with a weapon, mischief and obstructing a police officer.

During the media conference, Kammermayer said the assault with a weapon charge refers to her slamming a door which hit the doctor in the waiting room during the argument.

Beaudin said he believes the extra charges were added as a form of intimidation after Kammermayer made an official complaint with the force.

“I believe this was a direct retaliation as a result of filing this complaint against the RCMP,” he said.

They noted in a news release that Kammermayer has submitted an official complaint to the Civilian Review and Complaints Commission for the RCMP.

“These are serious allegations of unjustified, excessive force by the RCMP members and she took the right action by filing a formal complaint through these mechanisms in place,” said LLRIB Chief Tammy Cook-Searson.

“This incident brings up issues of systemic racism that our people have experienced in the justice, policing, and health care sectors for a long time. We have trust in FSIN’s Special Investigation Unit, and we will wait for the final report while continuing our efforts to work with the federal and provincial government to address these longstanding issues during this time of reconciliation,” said PAGC Grand Chief Brian Hardlotte.

“The FSIN executive applauds the bravery of Miss Kammermayer to come forward and speak up against this injustice. We are also very concerned with what appears to be a cycle of reports that continue to come into our office regarding negative and sometimes violent interactions with First

An RCMP news release says a complaint about the incident was received earlier this month and is being investigated by the professional responsibility unit. A review of the incident is also being conducted by the RCMP’s North District Management Team.

Kammermayer’s case was in La Ronge Provincial Court on Jan. 25 and was adjourned to Feb. 9.