A long-time familiar Indigenous voice in journalism here in Saskatchewan was picked as one of the recipients for a prestigious award. Doug Cuthand, the first face of CTV’s Indigenous Circle and known for his weekly columns in the Saskatoon Star Phoenix, will be awarded the Saskatchewan Order of Merit – the province’s highest honour.

“I was surprised. I wasn’t expecting anything like this. They phoned me up and said I had won this [Saskatchewan Order of Merit] and I was caught off guard,” he said. “It’s quite flattering to be awarded this. There’s other well-known people who received it already from the First Nations community like Alpha Lafond and others AFN National Chief Perry Bellegarde who won it last year.” 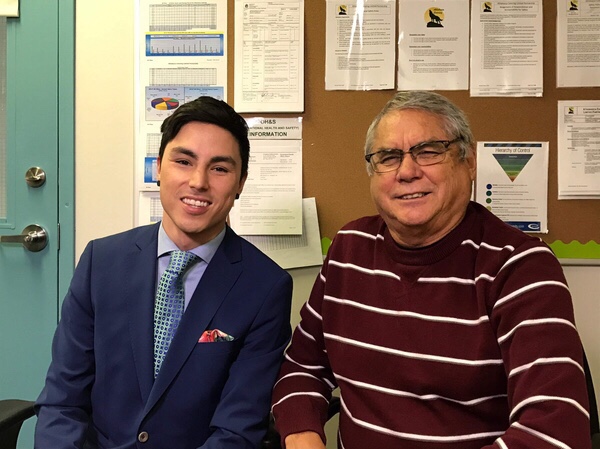 Cuthand made it his mission in life to bridge gaps between all cultures and to educate the people of Saskatchewan and Canada on who we are as Indigenous people. He successfully captured the current issues facing First Nations and Métis people of the province. His wisdom, education, and humour shine through in everything he writes. Not everyone will agree with his editorials and he is well aware of that and welcomes criticism freely.

In 1987, he began documentary work and started Blue Hill Productions which has grown to become one of the leading First Nations production companies in the country, with a long list of awards and accomplishments.

“I’m very proud to receive this award. When I get it, I know I will be receiving it on behalf of all Saskatchewan’s peoples because I got a lot of supporters out there,” he said.

Cuthand will join five other lucky recipients in June to receive their 2019 Saskatchewan Order of Merit awards in Regina.

“The 2019 recipients of the Saskatchewan Order of Merit are visionaries who have made extraordinary contributions to our province,” Lieutenant Governor W. Thomas Molloy said in a prepared statement. “I congratulate each of them on this well-deserved honour and I thank them for their outstanding leadership.”

This year’s recipients of the Saskatchewan Order of Merit will join the 235 individuals who have previously been invested.

The Saskatchewan Order of Merit was established in 1985 to recognize excellence and achievement from outstanding Saskatchewan citizens. They have made significant contributions in areas such as art, agriculture, business and industry, community leadership, public service, research and volunteer service.

The Saskatchewan Order of Merit is recognized in the Canadian Honours System.