The HIV And AIDS epidemic in Saskatchewan remain one of the province’s most critical issues. Saskatchewan has the highest HIV diagnosis rate in the country, and it’s estimated that 30 percent of people with HIV in the province are unaware they’ve contracted the virus.

Invaluable are those in the province, therefore, who have dedicated their lives to help educate and support those with HIV and AIDS. Jason Mercredi, Executive Director of AIDS Saskatoon, is one of those people working to make a difference. 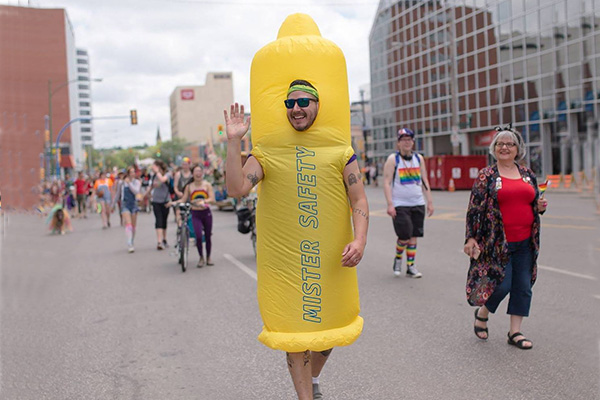 Mercredi, who is from La Ronge, worked in youth outreach before being recruited by AIDS Saskatoon seven years ago. His desire to work in this particular field came from a personal encounter while growing up.

“I had someone who I grew up with living with HIV, and I thought it was pretty messed up that [it] had happened to someone our age. In a first world country, that really shouldn’t be happening,” said Mercredi.

“We see so much injustice, and the discrimination is quite heavy with folks who have HIV and addictions. That’s really what propelled me,” he said.

Mercredi has served as executive director for the past two years, in which he said he’s starting to see some positive shifts in the attitudes towards AIDS and addictions.

“Harm education is becoming much more accepted. I don’t know if it’s being implemented correctly in every place, but we’re seeing places like the Health Authority really try to embrace harm reduction, which is great,” he said.

One of the most important upcoming developments in Saskatoon, of which Mercredi has been a leader, is the soon-to-be opened safe consumption site in west-side of Saskatoon, approved by Health Canada in July 2019. AIDS Saskatoon will offer their current services when they move into the facility this November, and will open the safe consumption site in the new year, which will be the first of its kind in the province.

“We think we’re going to have one of the best sites and models in Canada. We’re really going to make sure we’re doing our best to get people connected with care,” he said. “This is a public health issue; we have people dying. The time to act like (safe consumption sites) are a matter of opinion is over. They are a scientific fact, they work.”

While Mercredi objects to personally taking credit for these decidedly significant developments in Saskatoon, he recognizes that progress occurs when putting Indigenous people in positions to succeed.