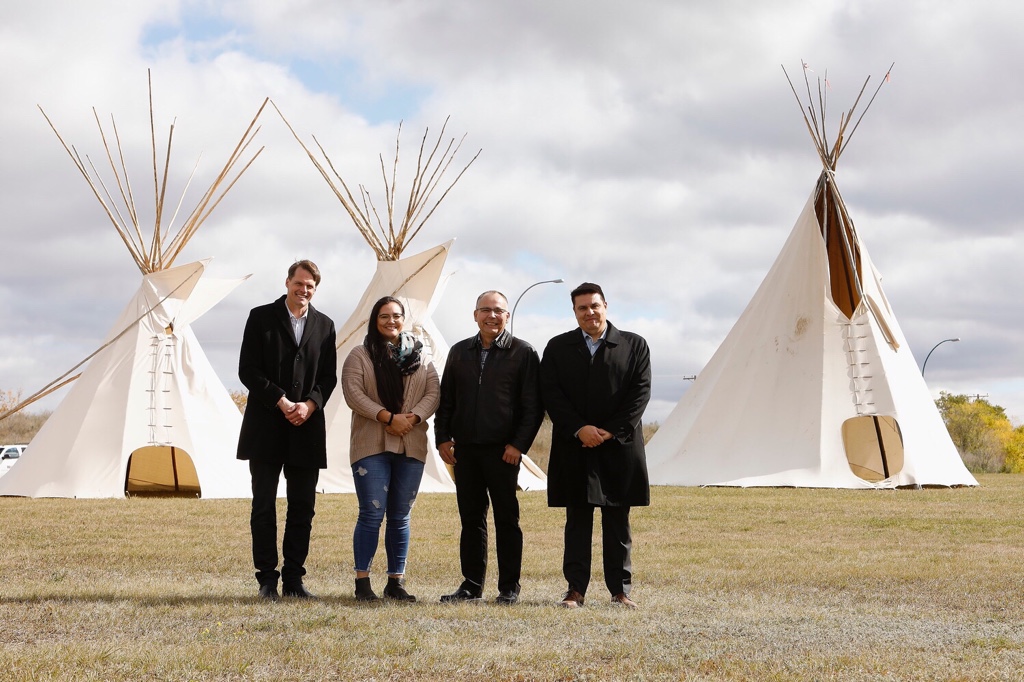 “This thirty-year relationship has been very positive not only for our community, but the many communities that have (been involved) in these developments,” said Paul Ledoux, Councillor at Muskeg Lake Cree Nation at the anniversary celebration. “It gives us the opportunity to be part of that economic drive that we all need in our First Nations communities.”

Check out our Photo Gallery from the anniversary celebrations.

Muskeg Lake was formed thanks in part to collaboration with both the federal government and the City of Saskatoon through the Treaty Land Entitlement (TLE) Trust, and the Asimakaniseekan Askiy agreement. Through these agreements, Muskeg Lake acquired urban and agricultural lands, fostering economic development and entrepreneurial growth for their communities.

“The agreement that was signed in 1988 broke a lot of barriers that existed, where First Nations could acquire land. And it set the tone for the negotiations that followed that ended up with the (TLE),” said Harry Lafond, Executive Director of the Office of the Treaty Commissioner.

“This is something we can be proud of in Saskatoon. We want to lead the national conversation about how to create a more resilient, inclusive community that is working together with First Nations partners toward reconciliation. I would like to offer my largest thanks to everyone involved for making these part 30 years so successful,” said Clark.

Muskeg Lake now owns and manages over 35,000 urban and rural lands, which are used for community living, recreation, business, and agriculture. Community members total 1,848, with 367 living on the urban reserve. They have established a board of directors to oversee their economic interests.

“Our board is building a successful future, a board that is independent and has created stability for business and investors,” said Muskeg Lake Cree Nation Chief Kelly Wolfe.

Lafond said that the collaboration with their partners and city will continue to be important for Muskeg Lake.

“Looking to the future of the potential of this land really depends on continuing that strong relationship to ensure that we hand over to our children and grandchildren a way of living together to create wealth, a better quality of life for our communities, and to be an example,” said Lafond.