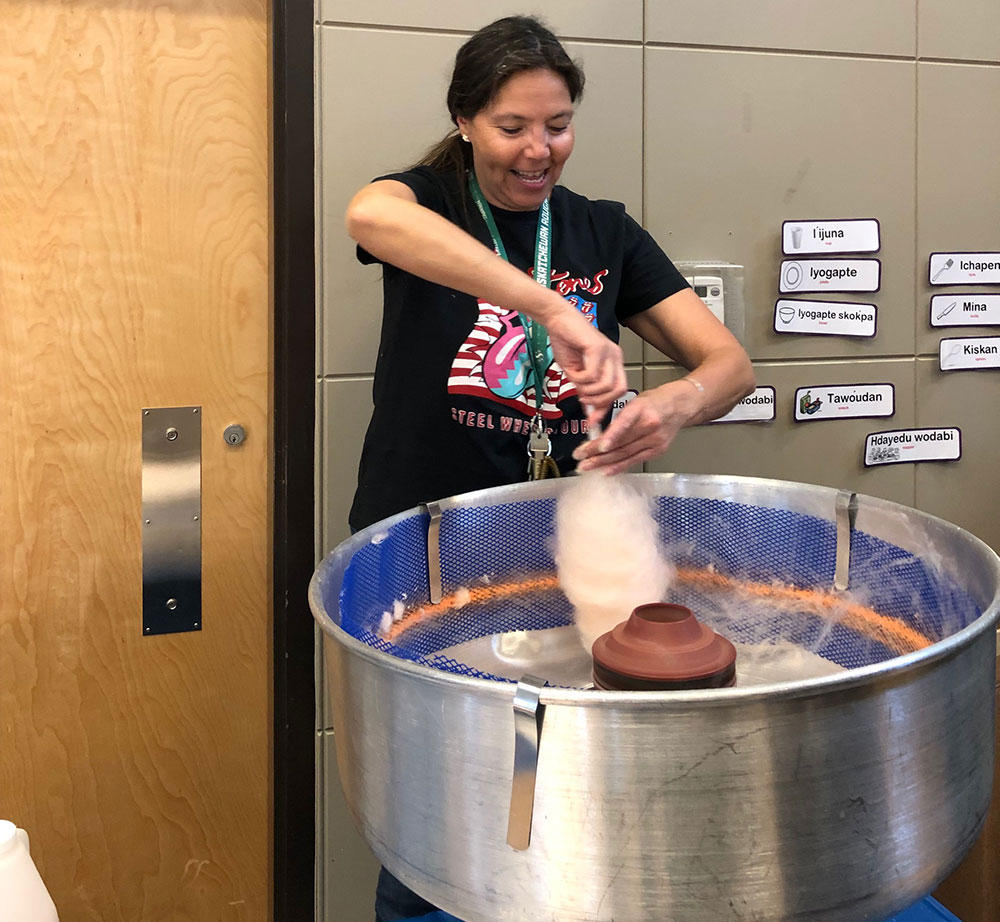 A leader credits her role to her late mother, a woman who paved a way for her community. Ocean Man Chief Connie Big Eagle has been serving her community as a leader for 10 years.

She was first elected as Chief as 2003, then ran for council after her term was over. Altogether, she served 16 years as a community leader. She learned the qualities of what its like to be a leader from her family’s matriarch, her late mother Laura who was their community’s first chief.

“I was always with her whether it be work or school,” said Big Eagle. “She would always work. She was a workaholic. When she wasn’t working, she would use her [employment insurance] to upgrade herself in some form like take training or educate herself in some way.”

She remembers when she was five-years-old, her mom took a teaching assistant job during the winter months in Whitebear First Nation, which is the neighbouring community to Ocean Man. In the summertime, her mother would take classes which led to a teaching certificate. All awhile, she was on local committees and eventually ran for council where she served for several years.

“I would always be with her. I saw her at the table speaking and advocating for the people of Whitebear,” she said. “She ended up becoming the head negotiator to re-establish Ocean Man.”

After a successful negotiation, Ocean Man First Nation was re-established in 1990 which resulted in Big Eagle’s late mother becoming the first elected chief until the day she passed away in 2001.

“I had come home from working in Winnipeg for the Christmas holidays as [my mother’s] health wasn’t well,” Big Eagle said. “I phoned my boss and granted a leave of absence which he granted me [which] turned into a two-year leave.”
Big Eagle stayed to look after her mother who still served as an elderly chief where she drove her mom to her meetings and take notes for her mother.

“We would have wonderful conversations on our way home,” she said “I [remember] one time I said to my mom ‘why don’t you guys do this’ thinking I could solve the world’s problems. And she said ‘if you think it’s so easy, why don’t you become the chief’. Never thinking that I would ever. Now that I am, I see how right my mom was because there’s so many factors to consider.”

Big Eagle’s late mother was her role model throughout her life and is fortunate to have been by her mother’s side through it all.

“There’s always comparisons. Some people would say ‘oh, you remind me of your mother’ which I take as a compliment. And other times, if I make a decision that displeases someone, they would be like ‘oh, your mother would have let us or she wouldn’t have decided that’,” she said. “My mom was awesome. Me and my mom were two different people and we definitely have different approaches to leadership. But I can see similarities as well. My mom led with her heart.”

Big Eagle is a role model within her community as being an Indigenous woman leader and encourages other women to not be afraid to be a leader.

“You can’t please everyone so just do the right thing,” she said.
Big Eagle has two biological siblings and many foster siblings as her late mother had adopted so many.

Ocean Man’s band list consists of over 555 people and their on-reserve population is over 200. Ocean Man First Nation is located in southeastern, Saskatchewan.