Appointed a judge at Canada’s Federal Court on Dec. 11, Paul Favel brings with him the well wishes of a number of his former colleagues.

As a sessional law lecturer at the University of Saskatchewan teaching First Nations economic development, Favel and professor Marilyn Poitras have known each other for a long time. She said although Favel is a humble man, this appointment is worthy of celebration.

“The fact that we have an Indigenous man, a Poundmaker Cree man at one of the highest levels of court in our country, is fantastic. And that he is of community and is respectful and respected is fantastic,” Poitras said.

“What you’re getting is a calm, thoughtful judicial appointment who has got a great mind as a lawyer and a complete understanding of the Indigenous experience, the Indigenous professionalism and the Indigenous community development.” 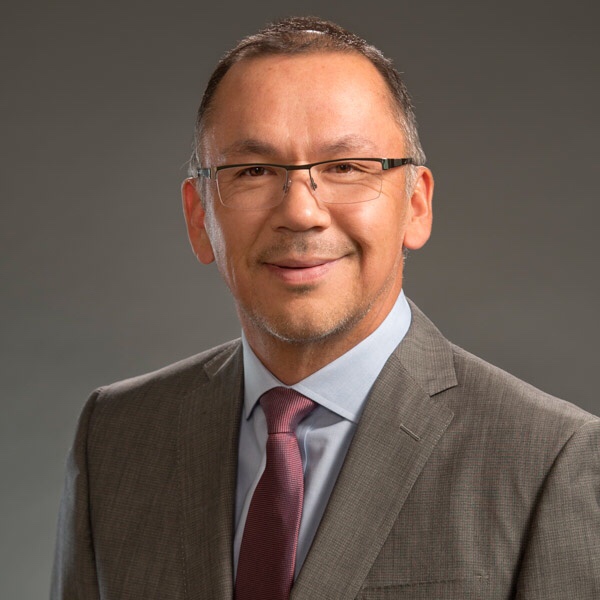 Paul Favel is now a federal court judge as of December 11. Photo supplied

Favel has led a distinguished career up to this point, most recently as a partner with McKercher LLP’s Saskatoon office and as a Deputy Chief Commissioner with the Saskatchewan Human Rights Commission (SHRC).

Coincidentally, the first time SHRC’s Chief Commissioner David Arnot met Favel was on Favel’s home reserve. They were at an early ‘90s conference that introduced judges from across Canada to Aboriginal culture, spirituality and issues — Arnot attending as a provincial court judge and Favel as a fresh-faced summer student who was working towards his Dalhousie University law degree. It was years later, when Favel was acting as legal counsel for the FSIN during treaty talks where Arnot was Treaty Commissioner, that the two met again.

“It was really clear that Paul was a bright young man and to me he seemed to be grounded spiritually and culturally. He was a very grounded person,” Arnot said.

Favel joined Arnot on the SHRC in 2011, and was a band Councillor for Poundmaker between 2012 and 2013. Throughout their time together, Arnot said Favel has shown a high degree of integrity, strong sense of fairness, and a keen skill for listening and understanding the perspectives of others that will serve him well as a judge.

Federal Court judges rule on disputes that are in the federal domain which often touch on the existing aboriginal treaty rights and federal relationships with Indigenous people. For example, earlier this year a federal court judge heard about an election dispute between Lac la Ronge band members and the band. The Federal Court’s 2013 finding that Metis people are considered Indians under the Constitution was later affirmed by the Supreme Court.

Favel’s appointment is bright spot at a time where lawyers across the country are disappointed by the prime minister’s failure to appoint an Indigenous lawyer to the Supreme Court. Poitras said that is “hugely disappointing,” and is partially a result of not enough Indigenous judge appointments to lower levels of court within the provinces.

In Favel’s case, Poitras said he brings expertise in Indigenous law that makes him beyond-qualified for the position. When reached for comment on his appointment, Favel was unable to do an interview.