Olivia Maurice is going to have her voice heard on youth education issues in the highest offices in Saskatchewan. She joins eleven other high school students from different school divisions around the province on the 2019-2020 Provincial Youth Council. 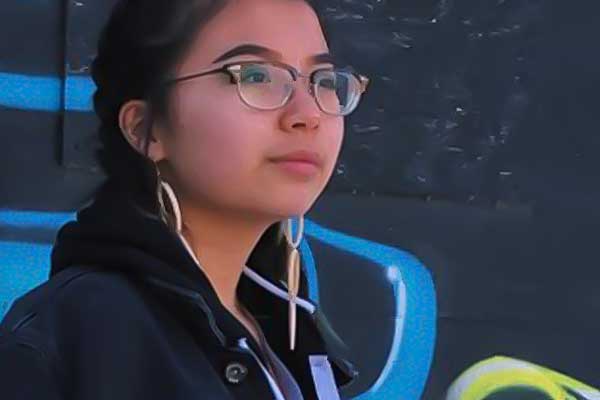 Olivia Maurice originally from the English River First Nation has outstanding leadership skills and was picked among others to sit on the Provincial School Council. Olivia Maurice

“I was really surprised…I got an email that I was accepted,” said Olivia Maurice, a grade 12 student from E.D. Feehan High School in the Greater Saskatoon Catholic School Division. “I learned the stats and I think I was picked out of 60 people to represent my school board…I think it’s really amazing considering how many different schools are within my school board.”

Maurice resides in Saskatoon but is originally from English River First Nation. She is a leader within her community and her school. She’s the president of her school’s Student Leadership Committee, a three-time nominee for the SaskTel Indigenous Youth Awards of Excellence and has worked with Canadian Roots Exchange working towards reconciliation within her community.

Being on the Provincial Youth Council, Maurice wants to use the opportunity to voice concerns and ideas from the schools she represents and hopes her role can be the start of changes.

“Classroom sizes is a huge concern. It’s not easy to get that one on one first-hand experience that [a student] needs,” she said. “I want to bring forward land-based and cultural learning within the school system.”

When she completes high school, Maurice hopes to attend university to study either engineering or to become a teacher.

Education Minister Gordon Wyant recently announced the members of the youth council who are committed to improving their communities and empowering other young people in the province.

“Students have a critical voice in education and an important role to play in improving the future of our province, and I am looking forward to hearing their valuable feedback,” Wyant said in a media release.

The students will voice issues directly with the Minister of Education and other government members, while figuring out ways on addressing the concerns brought forward. There were 51 nominations received by the Ministry of Education and only 12 students were selected. Each council member from different school divisions will bring their own unique perspective, skills and background.

Peyton Chandler is a grade 11 student from the Minahik Waskahigan High School in Pinehouse Lake within the Northern Lights School Division. He is eager to bring forward ideas on how to improve the education system within his school district.

“This is a big opportunity to get my voice out and the voice of the northern students,” said Chandler. “It’s a big chance for us to be heard what our problems are and how we can fix those problems.”

Chandler stands out as a young leader in his community and school. He is involved in many clubs and has earned the Northern Achievement Award several times. He will be receiving the Lieutenant Governor Award for Academic Achievement. Chandler also received Jr. and Sr. Student of the Year awards in Minahik Waskahigan High School. He is passionate about social issues in his community and tries to find solutions to help people struggling with drug issues. Chandler enjoys hunting with his father and he wants to attend university to become a math teacher.

The first inaugural meeting was held on October 19, 2019, where members sat down with the Minister of Education and began discussions around topics of importance to them and their peers.