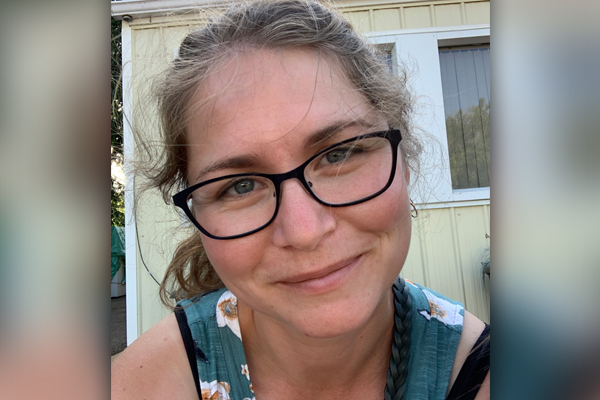 Barabara Pelletier was in high school in Germany when she decided to come to Saskatchewan to help undo the harms Europeans had imposed through Indian Residential Schools.

“I had no clue what I was getting into. Maybe had I known, maybe I wouldn’t have done it, but I’m glad I did,” she says.

Pelletier’s first Indigenous contacts were powwow dancers who performed in Germany in 2001. That led her to do a school research project on colonialism and residential schools, back before most mainstream Canadians were aware of them.

“People like me came from Europe and, whether they knew it or not, brought so much hurt while looking for better lives for themselves. I couldn’t shake that,” she said.

While her sisters had asked for dishes when they graduated high school, Pelletier asked for suitcases, saved her summer job earnings and left for Yorkton.

There, her powwow contact introduced her to Karen Cote, who became her roommate. Cote took Pelletier to bingo where she met Cote’s grandparents, Delbert and Mabel Whitehawk, her parents and some of her siblings.

“We had so much fun, we almost got kicked out because we laughed so much the other players couldn’t hear the bingo caller.”

It was the beginning of a deep friendship with the family. She visited them monthly, and was invited for Christmas, Easter and Thanksgiving.

“I loved them and they loved me and that was what I so needed at that time in my life, being young and away from home.”

In Germany, she had never been close to her aunts and uncles, but among the Whitehawk family, she learned the value of extended family and kinship.

“That strong family togetherness was really eye-opening for me and really changed how I live my life,” she said. She saw how they were relationship-focused and less worried about outward appearances.

“They just enjoy visiting, put on some tea and some toast and just visit and be with each other… That was a new experience for me.

“I have lots of visitors over. It’s something I want to instill in my kids.”

Delbert Whitehawk, adopted Pelletier before he died in 2004. When he died, the two-bedroom house was crammed with people, together in their grief and for three days she was among the family, preparing for the burial and cooking and sitting together.

“That was a deep experience for me,” she said.

From the time Pelletier arrived in Saskatchewan, she took an assortment of jobs from waitressing to picking corn, but a gig working at a faith-based drop-in centre had her working with youth, and one with a community organization that had her supporting young parents, set her on a path toward social work.

Along the way, she married Saul Pelletier of Key First Nation and they had two daughters, now nine and 11. The couple has split but she makes sure the girls have regular visits with their father’s family.

She graduated in 2015 from the University of Regina with a Social Work degree.

She has always been drawn to working with youth.

“I really like getting to know people and hearing their stories and being able to work through those tough times in their lives. I just think that’s a huge honour,” she said.

As an Indigenous Student Achievement Coach, she counsels teens at the Entayan room (which means home in Saulteaux,) a classroom that functions as a drop in space with twice-weekly visits from Elders, food on hand, tutoring and friendly faces.

She advocates for students who feel misunderstood by their teachers and finds out what’s behind absenteeism or too many missed assignments. Her history of work with Indigenous families and her own family connections, means some of the students have already known her for years.

“When they know I know their mom or their auntie or their grandma or my kids are related to them, it really makes for that trusting relationship,” she said.

Some of the youth have said without the Entayan staff, whom they know and trust, they wouldn’t be at school.

Pelletier’s former colleague at Entayan, Jessica Kyle, says she is a positive presence for Indigenous students at the school.

“She’s so compassionate and knowledgeable and kind. And I think students are drawn to that. She’s always going to be genuine.

“She’ll advocate, whether it’s being that middle man between kid and administration or kid and home… It helps them to stay in our school and feel connected.”