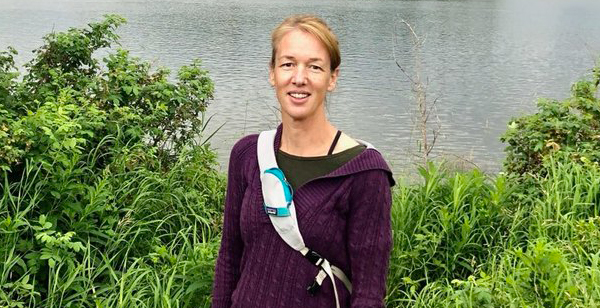 Jeannie Cole spends many hours at the Lighthouse in Saskatoon, but escapes to the north for personal time and to work, serving the community in remote health clinics. Photo supplied

Coe was just a couple years out of high school when she went to Baffin Island to be a nanny for an RCMP officer’s child.

She fell in love with the north and became a nurse there. She was working in Yellowknife when she met her future husband, Matthew Coe, a Métis.

Coe says that during her nearly eight years in the north, she learned important lessons about herself.

“Early on, I had a pretty visceral need in myself that started to be met up there.

It was the connection to the land, how willing people were to help me learn,” she said.

When her husband became an RCMP officer, they came south to Saskatchewan, and were stationed in northern Saskatchewan.

In 2014, they were living in Saskatoon, where Coe took a position with the Saskatoon Health Region.

As a nurse practitioner accustomed to working in remote communities, Coe was accustomed to seeing what needed to be done and doing it.

She saw a need for more health services to residents of the Lighthouse shelter and assisted living centre, where the people bear a disproportionate burden of mental health and addiction.

The Lighthouse leadership offered her space to see patients and residents were soon glad to stop in.

As welcome as she was at the Lighthouse, it wasn’t a formal part of Coe’s job.

She saw the need for acute care for infections and pneumonia or to diagnose and manage chronic illnesses like HIV, Hepatitis C, and diabetes, as well as occasional urgent care, such as stitches.

Coe visited the deputy minister of health, who saw the benefit of a clinic at the shelter but didn’t make any promises to keep it going.

Coe said she was ready to resign when she met with Cory Miller, who was then a vice president with the Saskatoon Health Region, but he supported the clinic and suggested steps to formalize it.

Coe said she learned the value of working with a vice president when, by the end of 2015 the directors and managers followed Miller’s example and supported the clinic too.

Six years later, the Lighthouse direct-access clinic still serves the vulnerable residents of the inner city and has expanded beyond Coe’s expectations – She is now one of three full-time nurse practitioners at the Lighthouse.

Two physicians, including Ryan Meili, visit patients there for a day each week.

“When (Miller) agreed, things just started to fall into place… That was the point when I was like, ‘this will happen. I don’t know to what extent.’ And it has far surpassed what I thought.”