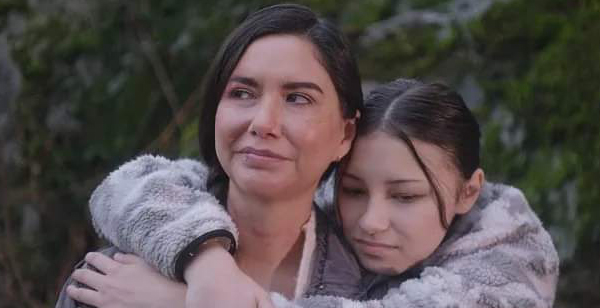 Sera-Lys McArthur’s character Angel is embraced by her on-screen daughter Tanis in a still from the movie Broken Angel. (Photo supplied

Five days after it premiered in Toronto, it played in Regina at the Southland Cineplex Cinemas and both times the show sold out.

McArthur, of Cree and German ancestry, is from the Pheasant Rump Nakoda Nation in Treaty 4 Territory, but was raised in Regina.

She was a child model who began acting by the time she was 11.

“I got an audition because there was a role for a young Métis girl in a CBC period mini-series drama,” she said.

The audition helped McArthur land her very first mini-series role and, thanks to the workshops she took to prepare for it, launch her into the world of acting professionally.

She was able to take more classes, learn more, and increase her skill level as an actress.

McArthur has come a long way from her days taking art classes.

In her newest role, she plays Angel, a Cree woman, who experiences domestic violence. McArthur flees after a violent episode where her 13-year-old daughter Tanis is injured in an altercation between Angel and her abusive husband Earl.

She admits it was a challenging role for a couple reasons.

“I felt very creatively inspired and challenged by the role because there are so many different levels a person has to explore when you’re the lead character,” said McArthur. “You have to evolve as the character until you make the decision that’s gonna propel the action of the movie.”

McArthur said it was important for the director, writer and producer, Jules Koostachin, to show the push and pull a person experiences when making a huge life decision. She explained that often decisions to leave or stay in an abusive relationship are not always black and white.

According to McArthur, Koostachin worked in a shelter and formed relationships with the women in the shelter and wanted to tell a story about domestic violence.

To prepare for the role, McArthur collaborated with her acting coach, Miriam Laurence, to bring in different elements to help McArthur explore the different levels of struggle within her character. She is proud of her work in the movie, but even more proud of the reception of the film. 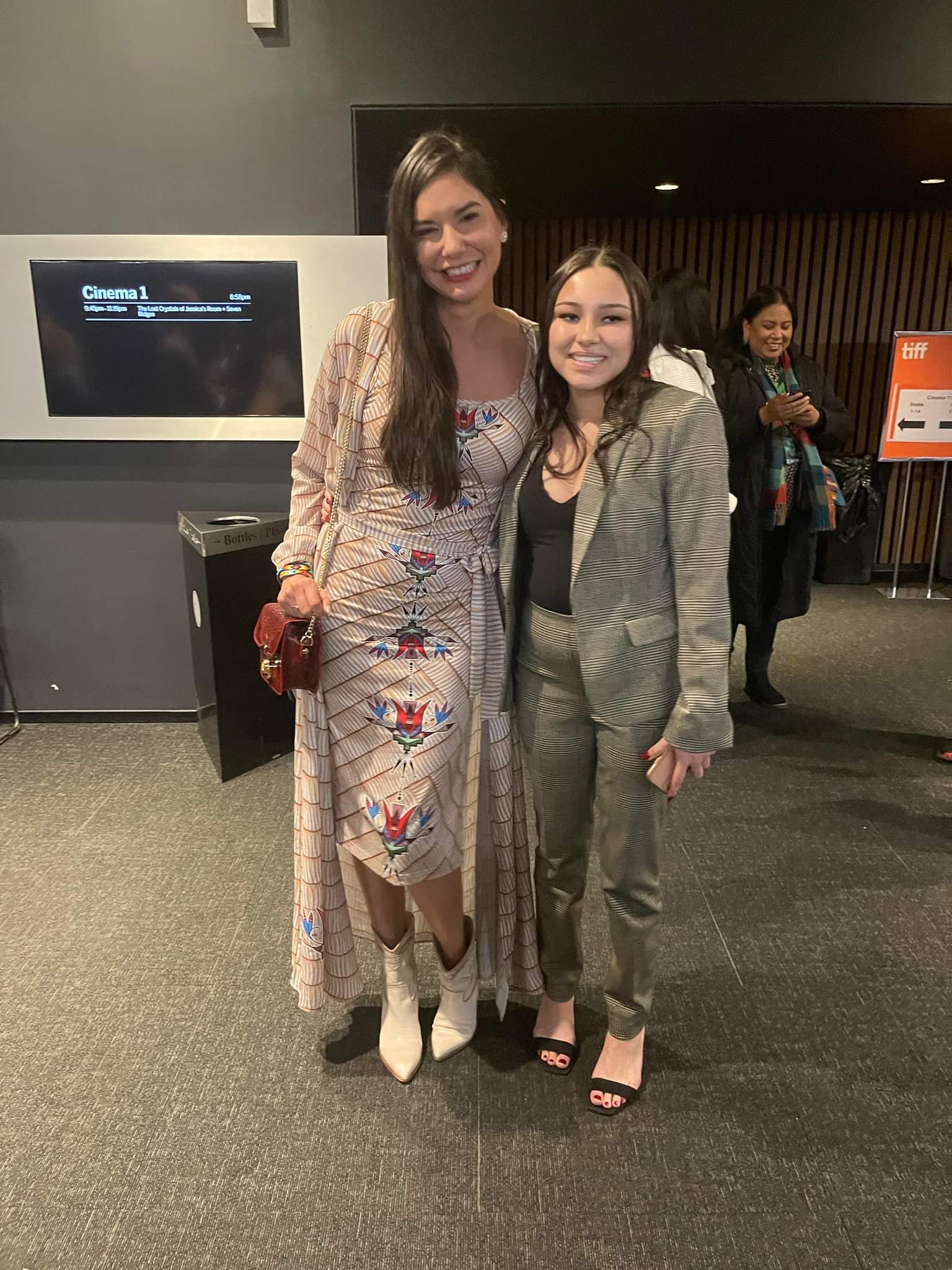 Sera-Lys McArthur, left, with her co-star who played her daughter on the premiere of Broken Angel in Toronto. Photo supplied

“We had a screening for the film and it was sold out because people in the community were so eager to come out and support us,” said McArthur. “I’m grateful they want to see my work but it is also so exciting to see a lot of Indigenuous characters in a modern film and story on the big screen in lead roles, not side characters.”

She said even though the movie is dramatic and intense, it is also filled with lots of hope.

“I definitely have my own personal issues to draw from, but I also know several people who have been in a domestically violent situation that they’ve had to escape,” said McArthur. “I think it’s important to show real stories like that.”

The film was made in 12 short days.

McArthur credits her history of doing low-budget films and Canadian television shows for helping her prepare for the gruelling schedule.

“I definitely knew what I was doing, but it was a harder challenge than I’ve ever had to face before with the timing,” she said.

The shooting wrapped up in November of last year in Maple Ridge, British Columbia. Koostachin and everyone who worked on the film were to have it on the big screen in less than 12 months.

Some of McArthur’s favourite moments on set include various times when the script would allow for some improvisation.

“My actual favourite day was the day we shot the driving sequence, the day that Angel and her daughter escape,” she said. “The range of emotions that was shot in a short amount of time was fun. I had so much fun on set that day.”