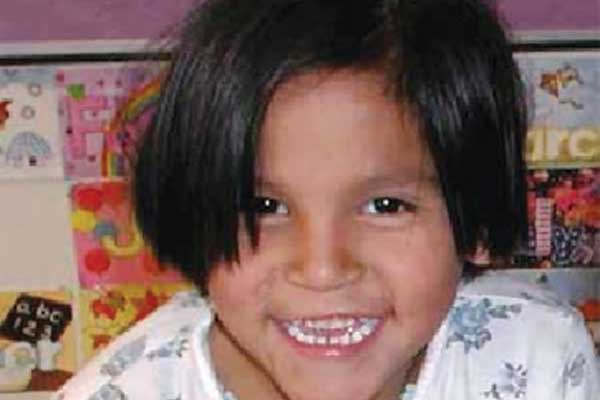 “Two separate $50,000 reward offers have been renewed, pertaining to information leading to the closure of two unsolved police investigations: The 2004 disappearance of Keepness and the triple homicide of the HTOO/MAW family in 2010,” according to the RPS media release.

On July 6, 2004, then-five-year-old Keepness was reported missing. She was last seen at her home in the 1800 block of Ottawa Street at approximately 11:00 p.m. on Monday, July 5, 2004. In the hours immediately following the report of her disappearance and the days, weeks and years since, the RPS has conducted hundreds of interviews and followed up on thousands of tips and leads. In spite of these efforts, the investigation into her disappearance has not located Keepness nor produced an explanation as to how or why she disappeared. In 2004, the Board of Police Commissioners offered a $25,000 reward for information leading to the location of Keepness, renewed annually and doubled to $50,000 in 2014.

On August 6, 2010, 31-year-old Gray Nay Htoo, 28-year-old Maw Maw and three-year-old Seven June Htoo were found, deceased, in their home on Oakview Drive. The victims were Karen refugees who had lived in Regina for approximately two years, having moved from a refugee camp in Thailand.  Since August 10, 2010, the investigation has been comprehensive, involving (at times) as many as 25 RPS members. A team of ten RPS members worked full time on the case as well as investigators from the RCMP, FBI and other law enforcement agencies. A $50,000 reward was offered in May of 2014, authorized by the Board of Police Commissioners.

The RPS continues to hold the murders of the two Htoo’s and Maw, and the disappearance of Keepness as a priority. RPS stated these files and investigations are assigned to the RPS Cold Case Investigator, whose responsibility is to continue these investigations which will include completing outstanding investigative tasks and follow up on any new information that comes to light. Together, the Cold Case Investigator and members of the RPS Victim Services Unit maintain close contact with family members in regards to these cases.