Saskatoon school first in province to house a Treaty medal 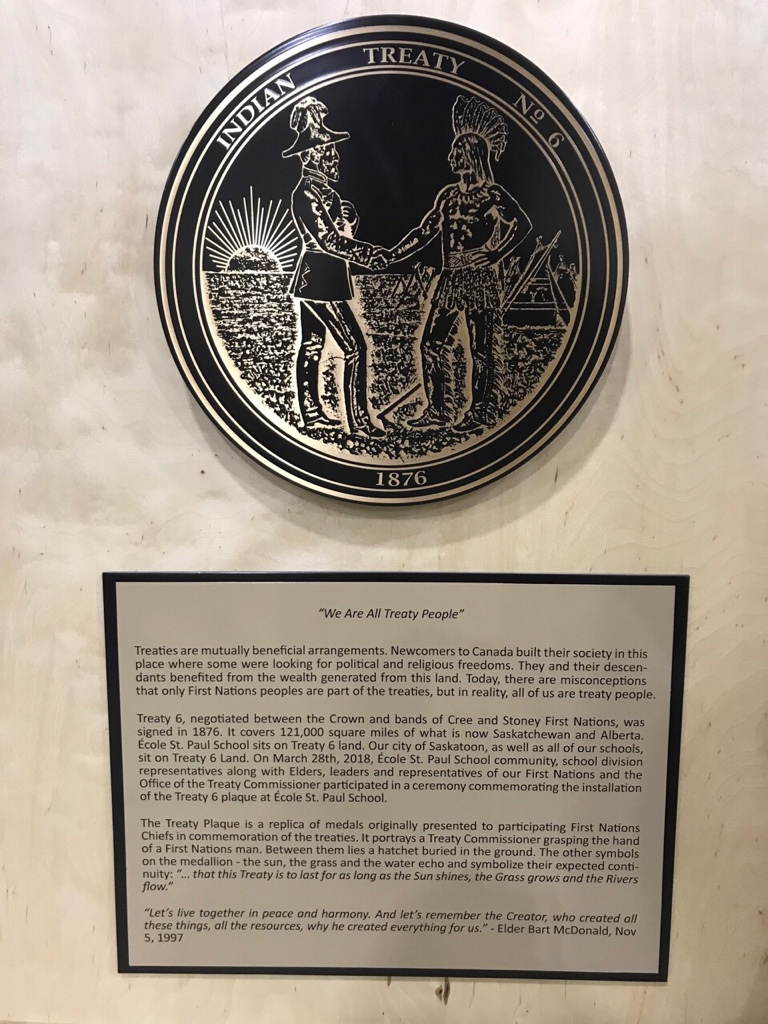 The first medal in a Saskatchewan school honouring treaty relations has been installed at École St. Paul in Saskatoon. The small Catholic school's students welcomed number of dignitaries and community leaders to celebrate the installation of the Treaty 6 medal, which symbolizes the ongoing relationship between Indigenous and non-Indigenous people.

“There's a real interest in learning more, in having a more rounded perspective of history, Indigenous culture, and treaty relationships. There's a recognition that this is an important step toward reconciliation,” said École St. Paul principal Ted View.

The school worked with the Office of the Treaty Commissioner and the Roman Catholic Diocese of Saskatoon for several months, consulting the school divisions' First Nations, Metis, and Inuit education team to help bring the installation to life.

“I hope that my children and grandchildren can come to a school that's so supportive,” said Treaty Commissioner Mary Culbertson, who went on to deliver to the young students a heartfelt reflection on why these sort of gestures are so important.

“Always be good to each other. Know each other's histories, no matter what colour our skin is, if we're rich or poor (...) because we're all human beings and we are all here, living together, and we have to support each other and be good to one another. That's what reconciliation is,” she said.

“You are part of history. This is the first in our city, the first in our province, and you have to be proud of that,” said Arcand. “You're setting the standard for everyone else to catch up with what you're doing in the world of reconciliation.”

The medal also marks ten years that treaty education has been a part of the education curriculum in Saskatchewan. Mayor Charlie Clark reflected on how learning continues to be an important part in moving forward as a community.

“It will set the path for others as a reminder, in a very positive way, of what is possible if we live up to this treaty relationship.”

Bishop Mark Hagemoen and First Nations elders blessed the medal prior to the ceremony. The school closed the event by holding a celebratory round dance.